Why your workplace arguments aren't as effective as you'd like

Open organizations rely on open conversations. These common barriers to productive argument often get in the way. 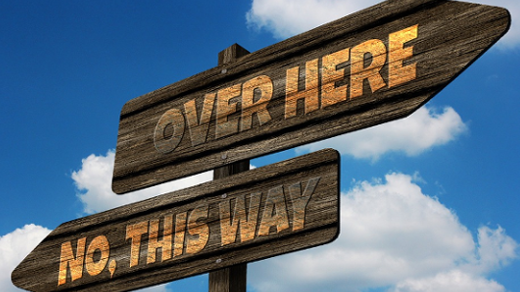 Transparent, frank, and often contentious arguments are part of life in an open organization. But how can we be sure those conversations are productive—not destructive?

This is the second installment of a two-part series on how to argue and actually achieve something. In the first article, I mentioned what arguments are (and are not), according to author Sinnott-Armstrong in his book Think Again: How to Reason and Argue. I also offered some suggestions for making arguments as productive as possible.

In this article, I'll examine three barriers to productive arguments that Sinnott-Armstrong elaborates in his book: incivility, polarization, and language issues. Finally, I'll explain his suggestions for addressing those barriers.

"Incivility" has become a social concern in recent years. Consider this: As a tactic in arguments, incivility can have an effect in certain situations—and that's why it's a common strategy. Sinnott-Armstrong notes that incivility:

Unfortunately, incivility as a tactic in arguments has its costs. One such cost is polarization.

And I'll add one more form of polarization to Sinnott-Armstrong's list:

Identifying discussion-stoppers like these can help you avoid shutting down a discussion that would otherwise achieve beneficial outcomes.

Language issues can be argument-stoppers Sinnott-Armstrong says. In particular, he outlines some of the following language-related barriers to productive argument.

Identifying discussion-stoppers like these can help you avoid shutting down a discussion that would otherwise achieve beneficial outcomes. In addition, Sinnott-Armstrong specifically draws readers' attention to two other language problems that can kill productive debates: vagueness and ambiguity.

In many cases, the question is not whether a particular claim is correct or incorrect, but whether it is believable. So Sinnott-Armstrong also offers a four-step "believability test" for evaluating claims of this type.

If you really want to strengthen your ability to argue, find someone that totally disagrees with you but wants to learn and understand your beliefs.

When I was a university student, I would usually sit toward the front of the classroom. When I didn't understand something, I would start asking questions for clarification. Everyone else in the class would just sit silently, saying nothing. After class, however, other students would come up to me and thank me for asking those questions—because everyone else in the room was confused, too.

Clarification is a powerful act—not just in the classroom, but during arguments anywhere. Building an organizational culture in which people feel empowered to ask for clarification is critical for productive arguments (I've given presentations on this topic before). If members have the courage to clarify premises, and they can do so in an environment where others don't think they're being belligerent, then this might be the key to a successful and productive argument.

If you really want to strengthen your ability to argue, find someone that totally disagrees with you but wants to learn and understand your beliefs. Then, practice some of Sinnott-Armstrong's suggestions. Arguing productively will enhance transparency, inclusivity, and collaboration in your organization—leading to a more open culture.

In open organizations full of frank and honest conversation, disagreements are inevitable. How can you ensure your teams are making those disagreements productive—and not destructive?
Ron McFarland

Ron McFarland - Ron McFarland has been working in Japan for 40 years, and he's spent more than 30 of them in international sales, sales management training, and expanding sales worldwide. He's worked in or been to more than 80 countries. Over the past 14 years, Ron has established distributors in the United States and throughout Europe for a Tokyo-headquartered, Japanese hardware cutting tool manufacturer. More recently, he's begun giving seminars in Japanese to small Japanese companies wishing to expand both...
More about me

Commitment issues: Organizational psychology and the benefits of managing openly