The mindsets, behaviors, and communication patterns necessary for establishing psychological safety in our organizations may not be our defaults, but they are teachable and observable. 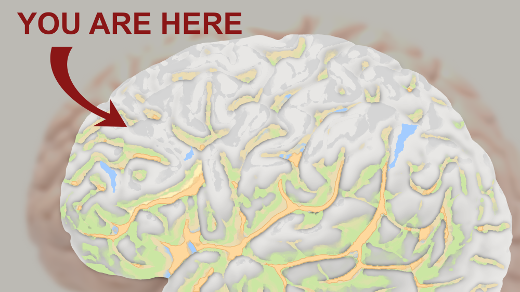 Psychological safety is a belief that one will not be punished or humiliated for speaking up with ideas, questions, concerns, or mistakes. And it's critical for high-performing teams in open organizations.

Part one of this series introduced the concept of psychological safety. In this companion article, I'll recount my personal journey toward understanding psychological safety—and explain the fundamental shifts in mindset, behavior, and communication that anyone hoping to create psychologically safe teams and environments will need to make.

I have participated in a number of corporate cultures that fostered a "gotcha" mindset—one in which people were poised to pounce when something didn't go according to plan. Dropping this deeply ingrained mindset was a requirement for achieving psychological safety, and doing that required a fundamental shift in the way I lived my life.

Guiding value: Become the learner, not the knower.

Life is a process; achieving perfection will never happen. Similarly, building an organization is a process; there is no "we've got it now" state. In most cases, we're traversing unchartered territories. Enormous uncertainty lies ahead. We can't know what will happen, which is why it was important for me to become the learner in work, just as in life.

On my first day as a new marketing leader, a team member was describing their collaboration with engineering and told me about "the F-You board." If a new program was rolled out and engineers complained that it missed the mark, was wrong, or was downright ridiculous, someone placed a tally on the F-You whiteboard. When they'd accumulated ten, the team would go out drinking.

There is a lot to unpack in this dynamic. For our purposes, however, let's focus on a few actionable steps that helped me reframe the "gotcha" mentality into a learning mindset.

First, I shaped marketing programs and campaigns as experiments, using the word "experiment" with intention not just within the marketing department but across the entire organization. Corporate-wide communications about upcoming rollouts concluded with, "If you see any glaring omissions or areas for refinement, please let me know," inviting engineers to surface blind spots and bring forward solutions—rather than point fingers after the work had concluded.

Next, to stimulate the learning process in myself and others, I began fostering a "try, learn, modify" mindset, in which setbacks are not viewed as doomsday failures but as opportunities for clarification and improvement. To recover quickly when something doesn't go according to plan, I would ask four key questions:

It's nearly impossible for every project to be a home run. Setbacks will occur. As the ground-breaking research on psychological safety revealed, learning happens through vulnerable conversations. When engaged in psychologically safe environments, we can use these moments to cultivate more learning and less defensiveness.

One way we can help our team drop their defensiveness is by modeling curiosity.

As the "knower," I was adept at command and control. Quite often this meant playing the devil's advocate and shaming others into submitting to my point of view.

In a meeting early in my career as a vice president, a colleague was rolling out a new program and asked each executive to share feedback. I was surprised as each person around the table gave a thumbs up. I had reservations about the direction and was concerned that no one else could see the issues that seemed so readily apparent to me. Rather than asking for clarification and stimulating a productive dialog, I simply quipped, "Am I the only one that hasn't sipped the purple Kool-Aid?" Not my finest moment.

As I look back, this behavior was fueled by a mixture of fear and overconfidence, a hostile combination resulting in a hostile psychological attitude. I wasn't curious because I was too busy being right, being the knower. By becoming the learner, I let a genuine interest in understanding others' perspectives come to the forefront. This helped me more deeply understand a fundamental fact about the human condition.

Guiding value: Situations are rarely, if ever, crystal clear.

The process of understanding is dynamic. We are constantly moving along a continuum from clear to unclear and back again. For large teams, this swing is more pronounced as each member brings a unique perspective to bear on an issue. And rightly so. There are seven billion people on this planet; it's nearly impossible for everyone to see a situation the same way.

Recalibrating this attitude—the devil's advocate attitude of "I disagree" to the learner's space and behavior of "help me see what you see"—took practice. One thing that worked for me was intentionally using the phrase "I have a different perspective to share" when offering my opinion and, when clarifying, saying, "That is not consistent with my understanding. Can you tell me more about your perspective?" These tactics helped me move from my default of knowing and convincing. I also asked a trusted team member to privately point out when something or someone had triggered my old default. Over time, my self-awareness matured and, with practice, the intentional tactics evolved into a learned behavior.

As I look back, this behavior was fueled by a mixture of fear and overconfidence, a hostile combination resulting in a hostile psychological attitude. I wasn't curious because I was too busy being right, being the knower.

I feel compelled to share that without the right mindset these tactics would have been cheap communication gimmicks. Only after shifting my perspective from that of the knower to that of the learner did I open a genuine desire to understand another's perspective. This allowed me to develop the capacity to model curiosity and open the space for my team members—and me—to explore ideas with safety, vulnerability, and respect.

Psychological safety does not imply a cozy situation in which people are necessarily close friends, nor does it suggest an absence of pressure or problems. When problems inevitably arise, we must hold ourselves and others accountable and deliver feedback without tiptoeing around the truth, or playing the blame game. However, giving productive feedback is a skill most leaders have never learned.

When problems arise during experiments in marketing, I am finding team communication to be incredibly productive when using that try, learn, modify approach and modeling curiosity. One-on-one conversations about real deficits, however, have proven more difficult.

I found so many creative reasons to delay or avoid these conversations. In a fast-paced startup, one of my favorites was, "They've only been in this role for a short while. Give them more time to get up to speed." That was an unfortunate approach, especially when coupled later with vague direction, like, "I need you to deliver more, more quickly." Because I was unable to clearly communicate what was expected, team members were not clear on what needed to be improved. This stall tactic and belittling innuendo masquerading as feedback was leading to more shame and blame than learning and growth.

In becoming the learner, the guiding value of "clear is kind, unclear is unkind," crystalized for me when studying Dare to Lead. In her work, Brené Brown explains:

Below are three actionable tips that are helping me deliver more clear, productive feedback.

Get specific. Point to the specific lack in proficiency that needs to be addressed. Tie your comments to a shared vision of how this impacts career progression. When giving feedback on behavior, stay away from character and separate person from process.

Allow people to have feelings. Rather than rushing in, give them space to feel. Learn how to hold the discomfort.

Think carefully about how you want to show up. Work through how your conversation may unfold and where you might trigger blaming behaviors. Knowing puts you in a safer mindset for having difficult conversations.

Teaching team members, reassessing skill gaps, reassigning them (or even letting them go) can become more empathetic processes when "clear is kind" is top of mind for leaders.

The mindsets, behaviors, and communication patterns necessary for establishing psychological safety in our organizations may not be our defaults, but they are teachable and observable. Stay curious, ask questions, and deepen your understanding of others' perspectives. Do the difficult work of holding yourself and others accountable for showing up in a way that's aligned with cultivating a culture where your creativity—and your team members—thrive.

The power of being vulnerable in the workplace

Members of high-performing teams must be comfortable appearing vulnerable when they collaborate. Open leaders can help them.
Kathleen Hayes

Kathleen Hayes - Kathleen is the marketing leader at Lightbend, an open organization at the frontline of many of the innovations in cloud-native software development.
More about me

What next-generation leaders expect: the choice to work openly

A more sustainable future should be a more open future

Great article Kathleen, I don't think the title does it justice as there's a lot more value in the piece than just psychological safety. I get the feeling you could write a great follow on piece regarding your experience with feedback.

I was intrigued about providing positive feedback to facilitate the behavioural learning process from Alexis Monville's blog post https://alexis.monville.com/en/blog/2019/03/10/i-have-some-feedback/

Looks like I have a lot more reading to do on that topic now. Thanks again for all the great insights.