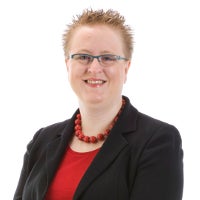 Ruth has been a keen advocate of Open Source for over 18 years.

As a contributor to the Joomla! and Mautic community, she volunteered on the Joomla! Community Leadership Team for over three years, and currently works as Project Lead for Mautic, the world's first open source marketing automation platform, at Acquia.

Ruth is a keen runner, and lives with a condition called Ehlers-Danlos Syndrome which means that she sometimes needs to use a wheelchair or walking aids.

Identify your open source project's dependencies through the Back Your Stack initiative and consider one of the many creative ways to show support.

How one open source project found a way to give credit for all kinds of contributions.

You're right, in my role on the Community Leadership Team I mainly focus on the 'fuzzy warm stuff' around community involvement, but that doesn't mean I'm not technical nor does it make the leadership role any less important or less demanding :)

As a bit of background, I run a business which develops Joomla extensions and is involved in web design and development, in addition to managing and fixing Linux servers. I've had my head in technical stuff since the days of Amstrad computers. I was also a Windows sysadmin in a previous role (somebody has to be!) and a data analyst for the National Health Service.

My technical interest right now is mainly in the area of semantic markup, optimisation and associated topics and I'm involved in a few projects relating to this. Last year I spoke at a lot of conferences around the world highlighting the importance of providing search engines with the means to develop a semantic understanding of web-based material.

This led to the integration of microdata within Joomla which was a Google Summer of Code project last year via the JMicrodata library which is continuing to be developed.

Just thought I'd respond as it's not often I hear someone suggest I'm not technical (usually quite the opposite in fact, they can't shut me up one I get talking about geeky stuff!) and not everything could be included in the article for our profiles.

Also, there will be some more profiles coming up shortly of some more awesome women in Joomla, I believe!