Top 5 articles of the week for April 7 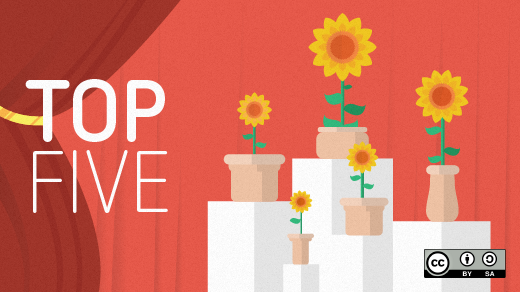 In this week's Top 5, we highlight mocking web APIs with Flashback, the secret (or not so secret) role of sustainers in open source, validating certificates with Golang, building GUIs with Python frameworks, and a fly-by introduction to functional programming.

Automatic tests are only as useful as they are reliable. Feng, a first-time writer to Opensource.com, introduces how LinkedIn uses Flashback for mocking HTTP and HTTPS resources like web services and REST APIs for testing purposes. Learn how you can use it to do the same!

4. Why you should become an open source sustainer

Most people in open source understand what maintainers and contributors are, but what about sustainers? Justin Dorfman introduces the hidden role of a third group, the open source sustainers, and how advocacy and support are vital to sustain open source communities.

3. Golang to the rescue: Saving DevOps from TLS turmoil

Chris Short had a problem. He needed new certificates and certificate chains for his company’s site. However, before deploying them, he wanted to have testing and validation before making any changes. Check out his simple solution written in Golang that does just this, and see how you can do the same.

2. Qt versus Wx: How do two of the most popular Python frameworks compare?

Python is a widely known programming language and has different frameworks for creating Graphical User Interfaces (GUIs). Seth Kenlon introduces wxPython and PyQt and helps teach readers which one might suit their needs best.

What is functional programming? What are the benefits and how can you learn more? Fraser Tweedale breaks down the basics, takes on some myths, and gives some pointers on what you can do to brush up your skills.