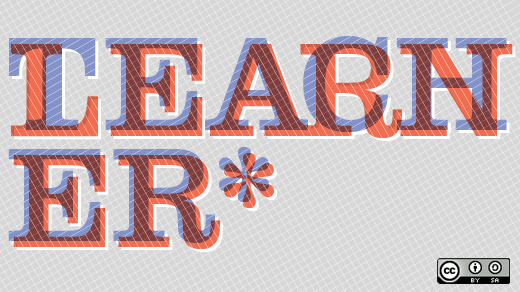 In 2017, Opensource.com published a number of excellent tutorials on a variety of topics. Those tutorials weren't just for experts. We aimed them at users of all levels of skill and experience.

Let's take a look at the best of those tutorials.

It's all about the code

For many, their first foray into open source involved contributing code to one project or another. Where do you go to learn to code or program? The following two articles are great starting points.

While not a tutorial in the strictest sense of the word, VM Brasseur's How to get started learning to program is a good starting point for the neophyte coder. It doesn't merely point out some excellent resources that will help you get started, but also offers important advice about understanding your learning style and how to pick a language.

If you've logged a more than a few hours in an IDE or a text editor, you'll probably want to learn a bit more about different approaches to coding. Fraser Tweedale's Introduction to functional programming does a fine job of introducing a paradigm that you can apply to many widely used programming languages.

Linux is arguably the poster child of open source. It runs a good chunk of the web and powers the world's top supercomputers. And it gives anyone an alternative to proprietary operating systems on their desktops.

If you're interested in diving deeper into Linux, here are a trio of tutorials for you.

Jason Baker looks at setting the Linux $PATH variable. He guides you through this "important skill for any beginning Linux user," which enables you to point the system to directories containing programs and scripts.

Embrace your inner techie with David Both's guide to building a DNS name server. He documents, in considerable detail, how to set up and run the server, including what configuration files to edit and how to edit them.

Want to go a bit more retro in your computing? Jim Hall shows you how to run DOS programs in Linux using FreeDOS and QEMU. Hall's article focuses on running DOS productivity tools, but it's not all serious—he talks about running his favorite DOS games, too.

It's no secret that inexpensive single-board computers have made hardware hacking fun again. Not only that, but they've made it more accessible to more people, regardless of their age or their level of technical proficiency.

The Raspberry Pi is probably the most widely used single-board computer out there. Ben Nuttall walks us through how to install and set up a Postgres database on a Raspberry Pi. From there, you're ready to use it in whatever project you have in mind.

If your tastes include both the literary and technical, you might be interested in Don Watkins' How to turn a Raspberry Pi into an eBook server. With a little work and a copy of the Calibre eBook management software, you'll be able to get to your favorite eBooks anywhere you are.

Raspberry isn't the only flavor of Pi out there. There's also the Orange Pi Pc Plus, an open-source single-board computer. David Egts looks at getting started with this hackable mini-computer.

Open source isn't just for techies. Mere mortals use it to do their daily work and be more productive. Here are a trio of articles for those of us who have 10 thumbs when it comes to anything technical (and for those who don't).

When you think of microblogging, you probably think Twitter. But Twitter has more than its share of problems. Mastodon is an open alternative to Twitter that debuted in 2016. Since then, Mastodon has gained a sizeable base of users. Seth Kenlon explains how to join and use Mastodon, and even shows you how to cross-post between Mastodon and Twitter.

Do you need a little help staying on top of your expenses? All you need is a spreadsheet and the right template. My article on getting control of your finances shows you how to create a simple, attractive finance-tracking spreadsheet with LibreOffice Calc (or any other spreadsheet editor).

ImageMagick is a powerful tool for manipulating graphics. It's one, though, that many people don't use as often as they should. That means they forget the commands just when they need them the most. If that's you, then keep Greg Pittman's introductory tutorial to ImageMagick handy for those times you need some help.

Do you have a favorite tutorial published by Opensource.com in 2017? Feel free to share it with the community by leaving a comment.

What to read next
Tags
Best of Opensource.com
How-tos and tutorials
Scott Nesbitt