Manage your billing and get paid with easy-to-use, web-based invoicing software. 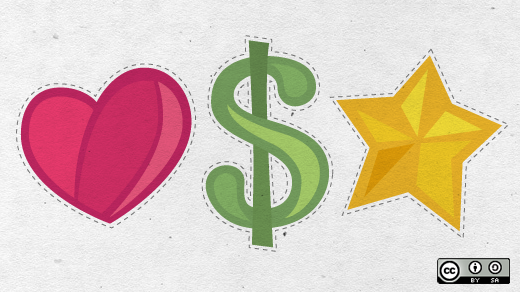 No matter what your reasons for starting a small business, the key to keeping that business going is getting paid. Getting paid usually means sending a client an invoice.

More Great Content
It's easy enough to whip up an invoice using LibreOffice Writer or LibreOffice Calc, but sometimes you need a bit more. A more professional look. A way of keeping track of your invoices. Reminders about when to follow up on the invoices you've sent.

There's a wide range of commercial and closed-source invoicing tools out there. But the offerings on the open source side of the fence are just as good, and maybe even more flexible, than their closed source counterparts.

Let's take a look at four web-based open source invoicing tools that are great choices for freelancers and small businesses on a tight budget. I reviewed two of them in 2014, in an earlier version of this article. These four picks are easy to use and you can use them on just about any device.

I've never been a fan of the term ninja. Despite that, I like Invoice Ninja. A lot. It melds a simple interface with a set of features that let you create, manage, and send invoices to clients and customers.

You can easily configure multiple clients, track payments and outstanding invoices, generate quotes, and email invoices. What sets Invoice Ninja apart from its competitors is its integration with over 40 online popular payment gateways, including PayPal, Stripe, WePay, and Apple Pay.

Download a version that you can install on your own server or get an account with the hosted version of Invoice Ninja. There's a free version and a paid tier that will set you back US$ 8 a month.

Creating an invoice takes just a couple of clicks. You can make them as minimal or detailed as you need. When you're ready, you can email your invoices or output them as PDFs. You can also create recurring invoices for clients or customers you regularly bill.

InvoicePlane does more than generate and track invoices. You can also create quotes for jobs or goods, track products you sell, view and enter payments, and run reports on your invoices.

Grab the code and install it on your web server. Or, if you're not quite ready to do that, take the demo for a spin.

Described by its developer as "beautifully simple billing software," OpenSourceBilling lives up to the description. It has one of the cleanest interfaces I've seen, which makes configuring and using the tool a breeze.

OpenSourceBilling stands out because of its dashboard, which tracks your current and past invoices, as well as any outstanding amounts. Your information is broken up into graphs and tables, which makes it easy to follow.

You do much of the configuration on the invoice itself. You can add items, tax rates, clients, and even payment terms with a click and a few keystrokes. OpenSourceBilling saves that information across all of your invoices, both new and old.

As with some of the other tools we've looked at, OpenSourceBilling has a demo you can try.

When I was a full-time freelance writer and consultant, I used BambooInvoice to bill my clients. When its original developer stopped working on the software, I was a bit disappointed. But BambooInvoice is back, and it's as good as ever.

What attracted me to BambooInvoice is its simplicity. It does one thing and does it well. You can create and edit invoices, and BambooInvoice keeps track of them by client and by the invoice numbers you assign to them. It also lets you know which invoices are open or overdue. You can email the invoices from within the application or generate PDFs. You can also run reports to keep tabs on your income.

To install and use BambooInvoice, you'll need a web server running PHP 5 or newer as well as a MySQL database. Chances are you already have access to one, so you're good to go.

Do you have a favorite open source invoicing tool? Feel free to share it by leaving a comment.

I like Manager (at Manager.io.). It is a fully featured invoicing and business software. Truly open source. You can create invoices with a your logo. Very professional looking. Invoices can be emailed as well as printed.