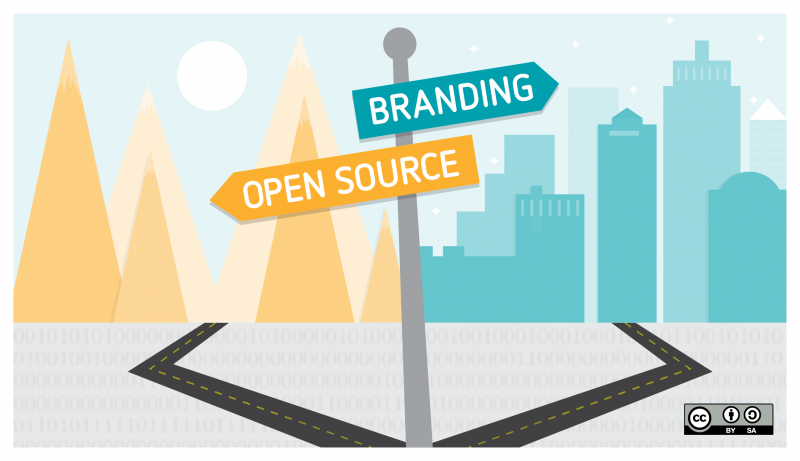 What is the meaning of "life"?

Well, it's the condition that distinguishes animals and plants from inorganic matter, of course. So, what is the meaning of "open source life"? Leo Babauta, writing for LifeHack, says:

"It can apply to anything in life, any area where information is currently in the hands of few instead of many, any area where a few people control the production and distribution and improvement of a product or service or entity."

Phew! Now that we have that figured out, what is the meaning of "Kubernetes"? Or, "Arduino"?

Like many well-known brand names we take for granted, such as "Kleenex" or "Pepsi," the open source world has its own unique collection of strange names that meant something to someone at some time, but that we simply accept (or mispronounce) without knowing their true origins.

Let's take a look at the etymology of 11 such open source names.

"So, two open source developers walk into a bar..." Arduino derives its name from one of co-founder Massimo Banzi's favorite bars in Ivrea, Italy, where the founders of this "hardware and software ecosystem" used to meet. The bar was named for Arduin of Ivrea, who was king of Italy a bit more than 1,000 years ago.

First introduced in 1993 by Ian Murdock, Debian was one of the first operating systems based on the Linux kernel. First released as the "Debian Linux Release," Debian's name is a portmanteau (a word created by combing two other words, such as "[mo]dulator [dem]odulator"—so that's what "modem" means!). By combining the first name of Murdock's then-girlfriend, Debra Lynn and his own name, Ian, they formed "Debian."

The open source system for automating deployment, scaling, and management of containerized applications, also called "K8s," gets its moniker from the Greek for "helmsman" or "pilot." Kubernetes traces its lineage to Google's Borg system and was originally codenamed "Project Seven," a reference to Star Trek Voyager's previously assimilated Borg, Seven of Nine. The seven spokes in Kubernetes' logo—a helmsman's wheel—are a visual reference to Seven.

openSUSE gets its name from Germany. SUSE is an acronym for "Software und System-Entwicklung" or "software and system development." The "open" part was appended after Novell acquired SUSE in 2003 and when they opened distribution development to the community in 2005.

Originally just "postgres," PostgreSQL was created at the University of California-Berkeley by Michael Stonebraker in 1986 as a follow-up to the "Ingres" database system. Postgres was developed to break new ground in database concepts, such as object-relational technologies. Its pronunciation causes a lot of debate, as seen in this Reddit thread.

When he began implementing the Python programming language, Guido van Rossum was a fan of Monty Python's Flying Circus. Van Rossum thought he needed a short name that was unique and slightly mysterious, so he settled on Python.

Raspberry Pi co-founder Eben Upton explains: "Raspberry is a reference to a fruit-naming tradition in the old days of microcomputers," such as Tangerine Computer Systems, Apricot Computers, and Acorn. As the Raspberry Pi was intended to be a processor that booted into a Python shell, "Py" was added, but changed to "Pi" in reference to the mathematical constant.

Red Hat was founded out of a sewing room in Connecticut and a bachelor pad in Raleigh, N.C., by co-founders Bob Young and Marc Ewing. The "red hat" refers to a red Cornell University lacrosse cap, which Ewing wore at his job helping students in the computer lab at Carnegie Mellon. Students were told: "If you need help, look for the guy in the red hat."

Ubuntu's About page explains the word's meaning: "Ubuntu is an ancient African word meaning 'humanity to others.'" It also means "I am what I am because of who we all are," and the operating system intends to bring "the spirit of Ubuntu to the world of computers and software." The word can be traced to the Nguni languages, part of the Bantu languages spoken in Southern African, and simply means "humanity."

To get the answer to this one, let's turn to Wikipedia! In 1995, Howard G. "Ward" Cunningham developed WikiWikiWeb, "the simplest online database that could possibly work." The word "wiki" is Hawaiian and means "quick" and "pedia" means, ummm, "pedia."

Acronyms, portmanteaus, pubs, foreign words—these are just some examples of the etymology of open source labels. There are many others. What other strange and alien words have you encountered in the open source universe? Where do they come from? What do they mean? Let us know in the comments section below.

Thanks to Ben Nuttall, community manager for the Raspberry Pi Foundation, for providing definitions for PHP, Python, and Raspberry Pi.

What to read next
Tags
Branding
Jeff Macharyas