When Java SE discontinued JNLP, my organization had to decide the best way to continue delivering a critical business app. Here's how we got there. 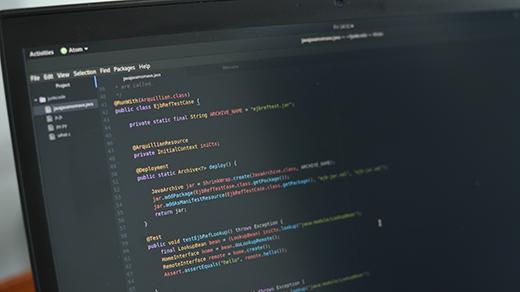 For about the past 15 years, an organization I work with has used the Java Network Launching Protocol (JNLP) to internally distribute a Java Swing desktop application to its users.

To access the Java Swing application, users had to install a specific version of Java Platform, Standard Edition (Java SE) that contained support for JNLP. When they wanted to use the application, they would click on the link in the organization's intranet, and the Java Web Start (javaws) program would download the XML at the link, interpret it, download the current version of the application if necessary, and run it, all while managing the security sandbox where the application ran. In other words, it was a nice, low-ceremony way to distribute a completely configured application to everyone's desktop.

However, because JNLP is no longer a part of Java SE (from version 11 onward), the organization was faced with a decision: discontinue its use of JNLP as a part of Java SE or eliminate its policy of staying reasonably up to date with Java SE releases. This relatively simple-sounding choice turned out to be somewhat complex for various reasons.

Option 1: Stay with current Java SE and find a substitute for JNLP

IcedTea-Web is an open source project that provides JNLP capabilities. This would imply a two-step pre-configuration process: 1) install Java SE and 2) install IcedTea-Web, which would increase client-side maintenance. Unfortunately, when we were evaluating the options, there was not a working IcedTea-Web facility compatible with Java 11, so this would mean using Java 8. However, Java SE 8 was reaching end-of-life in March 2019, so we would have to create a Java 8 runtime environment from OpenJDK 8 for installation on the client machines and move to a more manual process of tracking OpenJDK 8 updates. Neither of these approaches seemed very appealing.

Option 2: Move away from JNLP

At first, this approach seemed like the worst possible scenario—we would need to modify the application to provide configuration information in some other fashion; all the nice automated-update stuff in JNLP would be discarded; and we would need some kind of per-workstation installation process. Ugh! Or we could rewrite the existing fat client application, liked by its user community, as a web app. Double ugh!!!

All this negativity was surmounted by a few interesting discoveries and a bit of careful thinking:

With this detail, the attentive reader may be able to guess…

In the end, the organization decided to move away from JNLP because the amount of end-user management seemed reasonably straightforward compared to maintaining the existing JNLP environment.

Here is the detailed process for getting to the solution:

The application was modified to:

That's it. Of course, it's possible to use an installer rather than the .cmd files for a "more professional" installation experience. It's also possible to find other ways to install OpenJDK 11 on the IWC, which could even be a virtual machine (making it the VIWC). It's too bad the jlink command doesn't have a --target-platform option or many other improvements that might be desirable or necessary depending on the nature of the deployment environment.

How well does it work?

Early reports indicate users are happy with the results, and sysadmins are no longer responsible for watching over the Java SE version installed. As for the guy supporting the application, he's more or less OK with the extra build steps—but would rather deal with two machines than run a VIWC on his beautiful System76 laptop.

A Linux user review of the Darter Pro laptop from System76

In spite of its light weight, the Darter Pro stacks up well against other powerful laptops.
Don Watkins (Correspondent)

Optimizing your Java code requires an understanding of how the different elements in Java interact...
Dr. Michael J. Garbade

Big problem with loss of JNLP support is working with IPMI/BMC management tools on remote servers. We have a number of these that use JavaWebstart as the means of seeing the system console. Short of throwing the hardware out and starting over (because you know the vendors will never be fixing the firmware even IF we were allowed to update it) there isn't much option.

Thanks for your comment, JELaBarre. Lately it seems RedHat is taking over supporting OpenJDK 8 and 11:

I read somewhere that this will include the IcedTea Net plugin to provide JNLP. So maybe this will solve your problem?

Did you end up having to convert your code base to the JPMS?

Our code base uses 3rd party libraries that I haven't been able to convert to JPMS.

Is it possible to use jlink to package an application that has jar files that haven't been converted?

Chris Hermansen on 30 May 2019 Permalink

I haven't done anything intentional to convert any existing code to anything else, other than upgrading NetBeans and OpenJDK and building in that new environment. It's possible that alone was enough to handle this JPMS conversion; but certainly I did not do anything active to promote that.

It may help you to know that I'm using a VERY old instance of a library called "glazed lists" (I need to upgrade this one day), and it's working fine. Also I rely on PostgreSQL JDBC and SwingSet, which didn't need any fiddling.