Security by default hasn't arrived yet. 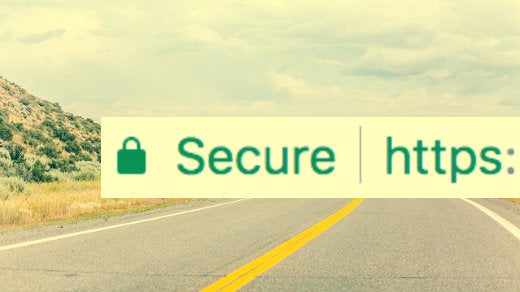 Over the past few years, it's become difficult to find a website that is just "http://…" This is because the industry has finally realised that security on the web is "a thing," and also because it has become easy for both servers and clients to set up and use HTTPS connections. A similar shift may be on its way in computing across cloud, edge, Internet of Things, blockchain, artificial intelligence, machine learning, and beyond. We've known for a long time that we should encrypt data at rest (in storage) and in transit (on the network), but encrypting it in use (while processing) has been difficult and expensive. Confidential computing—providing this type of protection for data and algorithms in use using hardware capabilities such as trusted execution environments (TEEs)—protects data on hosted systems or vulnerable environments.

I've written several times about TEEs and, of course, the Enarx project of which I'm a co-founder with Nathaniel McCallum (see Enarx for everyone (a quest) and Enarx goes multi-platform for examples). Enarx uses TEEs and provides a platform- and language-independent deployment platform to allow you safely to deploy sensitive applications or components (such as microservices) onto hosts that you don't trust. Enarx is, of course, completely open source (we're using the Apache 2.0 licence, for those with an interest). Being able to run workloads on hosts that you don't trust is the promise of confidential computing, which extends normal practice for sensitive data at rest and in transit to data in use:

I've got a lot to say about trust, and the word "fully" in the statements above is important (I added it on re-reading what I'd written). In each case, you have to trust the underlying infrastructure to some degree, whether it's to deliver your packets or store your blocks, for instance. In the case of the compute infrastructure, you're going to have to trust the CPU and associated firmware, just because you can't really do computing without trusting them (there are techniques such as homomorphic encryption, which are beginning to offer some opportunities here, but they're limited and the technology still immature).

Questions sometimes come up about whether you should fully trust CPUs, given some of the security problems that have been found with them, and also about whether they are fully secure against physical attacks on the host on which they reside.

The answer to both questions is "no," but this is the best technology we currently have available at scale and at a price point to make it generally deployable. To address the second question, nobody is pretending that this (or any other technology) is fully secure: what we need to do is consider our threat model and decide whether TEEs (in this case) provide sufficient security for our specific requirements. In terms of the first question, the model that Enarx adopts is to allow decisions to be made at deployment time as to whether you trust a particular set of CPUs. So, for example, if vendor Q's generation R chips are found to contain a vulnerability, it will be easy to say "refuse to deploy my workloads to R-type CPUs from Q, but continue to deploy to S-type, T-type, and U-type chips from Q and any CPUs from vendors P, M, and N."

I think there are three changes in the landscape that are leading to the interest and adoption of confidential computing right now:

I'd argue that this triad of hardware availability, industry readiness, and open source has become the driver for technology change over the past 15 to 20 years. Blockchain, AI, cloud computing, webscale computing, big data, and internet commerce are all examples of these three meeting at the same time and leading to extraordinary changes in our industry.

Security by default is a promise that we've been hearing for decades now, and it hasn't arrived yet. Honestly, I'm not sure it ever will. But as new technologies become available, security ubiquity for particular use cases becomes more practical and more expected within the industry. It seems that confidential computing is ready to be the next big change—and you, dear reader, can join the revolution (it's open source, after all).

Daniel Roesler is the co-founder and CTO of UtilityAPI, an energy data software service. In his spare time, he develops security and privacy applications and volunteers for…

Need a primer on cryptography basics, especially regarding OpenSSL? Read on.