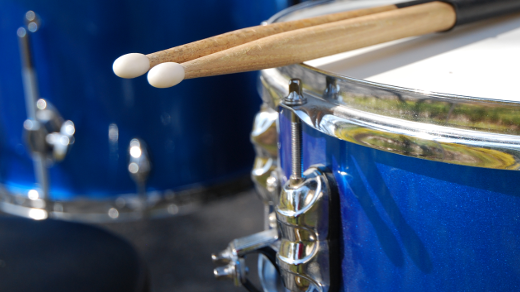 When the COVID-19 pandemic began canceling live music events in spring 2020, it wasn't just the big arena shows, music festivals, and small, local venues that suffered—the big annual marching band competition leagues, like Drum Corps International (DCI) and WGI World Championships, were also called off. This was a huge disappointment for the thousands of musicians and band directors who were already preparing for the spring and summer competition season. But the members of the Drumcorps subreddit saw it as an opportunity to take drum corps virtual.

The Open Source Drum and Bugle Corps (OSDBC) is one such organization bringing open source to drum corps. The group was founded on the principles of openness, inclusiveness, and collaboration. And, like most things in open source, OSDBC was created to solve a problem.

OSDBC launched in early April 2020, in the early weeks of US pandemic-related shutdowns, and immediately had 100 members in the group's Discord; within half a year, its membership approached 400 brass and percussion players across the United States. To date, the organization has released two performances and is working on its third.

All of the content OSDBC produces—including guides, documentation, sheet music, clicktracks, and virtual performances—is released under Creative Commons licenses so that other groups can replicate the project if they wish.

Most OSDBC members are professional musicians, teachers, and high school and college students. Because the drum corps community is relatively small, there's a strong possibility that students and their teachers might be participating together on the same project, leading to uncomfortableness or even potential legal issues relating to students and teachers being in the same group chats. Therefore, OSDBC members work anonymously, wearing hats and sunglasses in their performance videos, and many use pseudonyms within the group. It's an imperfect solution, but it does provide "plausible deniability" about someone's identity, says one member, a high school senior who serves on the project's all-volunteer staff.

Anonymity also levels the playing field among musicians with different levels of experience, which helps open up collaboration and personal growth opportunities, including the ability to ask for help without fear of embarrassment or judgment.

Members come from multiple disciplines—musicians, artists, composers, and audio engineers—volunteering their time and talent to produce multimedia content. Because everyone is a volunteer, there is no cost to be involved in the project.

Unlike a typical drum corps, OSDBC can't perform together in person, first, because of the pandemic, and second because of the members' geographical distribution. Selecting a composition is a community effort, with votes taken both to pick a public domain musical piece to play and then to choose a composer (based on members' original compositions of the selected piece). The winner of the composition contest distributes sheet music, clicktracks, and advice for playing the piece, and the audio and video editors share submission guidelines about how to record and submit videos for inclusion in the project. Approximately a fifth of the members have submitted performances for each of the first three projects.

Once the submission deadline has passed and all the performances are collected, the design team begins to mix the individual videos into a cohesive performance.

Because editing a performance is a significant amount of work that requires specialized audio and video production knowledge and tools, the work is distributed among section leaders (e.g., trumpets, low brass, percussion, etc.). They use a mix of open source and proprietary software, chiefly Audacity, Reaper, and FL Studios, to produce the videos; while open source is the preference, the members must use the applications that they are familiar with and have access to at their universities or jobs.

OSDBC plans to continue working together even after the COVID-19 pandemic. Given the uncertainty around the 2021 drum corps season, with WGI planning a virtual season and DCI weighing the feasibility of an abbreviated season, OSDBC provides a valuable option for the tight-knit community to collaborate and make music together.

The project eagerly welcomes new performers, organizers, arrangers, and others. If you would like to get involved, visit the website and join the project's Discord for updated information and opportunities to participate in the next project.

Learn how to know if a work has a CC license, how to attribute, and more in this handy guide. 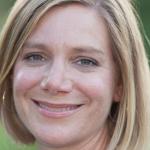 Vicki has been writing and editing for technology-focused websites and blogs, including InformationWeek.com, Dark Reading, The Digitalist, BlackBerry, and Network Computing, for more than 15 years. She is a liberal arts graduate of the University of Florida and earned a certificate in core public health concepts from the University of North Carolina at Chapel Hill. She lives in Charlotte, N.C.
More about me