When a wife teaches a husband some new tech skills, they both learn a lot more than they expect. 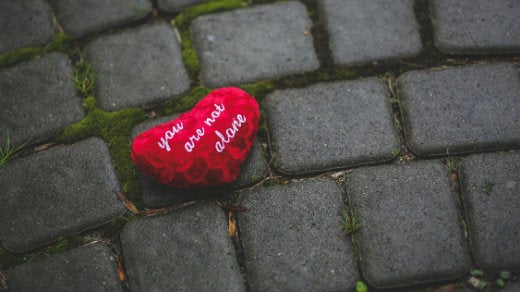 2019 was a year of learning in the Cherry household. I am a senior software engineer who set out to learn new skills and, along the way, I taught my husband, Chris. By teaching him some of the things I learned and asking him to work through my technology walkthrough articles, I helped Chris learn new skills that enabled him to pivot his career deeper into the technology field. And I learned new ways to make my walkthroughs and training materials more accessible for readers to digest.

In this article, we talk about what we learned individually and from each other, then we explore what it means for their future.

Questions for the student

Jess: Chris, what made you want to learn more about my field?

Chris: It was primarily to further my career. Being in network engineering has shown me that being an expert only on networks is not as valuable as it once was, and I have to know a little bit of everything. Since the network is often blamed for outages or application challenges these days, I wanted to understand more from a developer's perspective on writing applications so I could see how they depend on the network as a resource.

Jess: What did I teach you first, and what did you learn from it?

Chris: It all started with installing Linux for the first time, then adding Ansible. Each Linux distribution I worked with was easy enough to install, as long as the hardware was compatible, but compatibility wasn't always clear. That meant sometimes I learned first-hand how to troubleshoot Linux within the first five minutes of running an installation (and I liked it). Ansible gave me a reason to learn Linux package managers to install the software. Once it was installed, I quickly learned how package management handles dependencies as I looked at the files that yum installed, so Ansible, which is written in Python, can run on my system. From there, I started to install all kinds of applications with Ansible.

Jessica: Do you like the way I taught you?

Chris: We had our struggles at first, until we ironed out how I like to learn and how you should present the best way for me to learn. In the beginning, it was hard to follow what you meant. For instance, when you said things like "a Docker container," I had no reference to what you were talking about. Early on, the response was, "well, it's a container," which meant nothing to me at the time. Once I got you to explain it in more detail, it became a lot more fun to learn.

Jess: To be fair, this was a big lesson for me as well. I hadn't trained anyone with less knowledge on this technology than me before you, so you helped me realize that I needed to be clearer with my explanations. Thanks for that.

How did you feel about testing my articles, the ones where I had you run through the steps?

Chris: Personally, I thought it would be easy, and boy, was I wrong. One of the main things I learned from these, like your introduction to Vagrant, was how each Linux distribution varies more than I realized. The operating system (OS) changes how you set it up, the requirements to run, and the specific commands. It seems like a lot more variability than there is with the network gear I've worked on. So I started to pay a lot more attention to the instructions and whether they were written for my OS or another one (and how difficult it can be to know sometimes). I seemed to break a lot of things along the way.

Jess: I break stuff all day, so different paths for different problems are daily occurrences for me.

Questions for the teacher

Chris: Jess, would you change anything with the way you taught me so far?

Jess: I'd have liked to make you read more, as I do. Learning new technology has me churning through books. I read a book and a half, if not two books, a week, and that's with spending one hour in the morning and one hour before bed every day. I also pick one project to run through for two weeks for about an hour a day to reinforce the book skills. And that's in addition to the tech articles I read for the first hour of my day while taking in an immense amount of coffee. When I think about your goal to grow your career, I think books are an important element alongside the great blog posts and articles we talk about. I feel my reading regiment has kept me up to speed, and if you did the same, you would catch up to me pretty quickly.

Chris: So did the student teach the teacher in any way?

Jess: I learned a great deal about being patient from you. For instance, after walking through an installation of Ansible, I asked what you wanted to do next. Your first answer was, "I don't know," which was hard for me because I want you to learn what you want to learn. So I changed my approach, and now we talk more about what you want to achieve before walking through installing anything. When we moved on to the Vagrant article we worked on together, I created it with an end goal in mind, so we had something to achieve right away.

This actually made a massive change in how I do training at work. Now I ask more questions on how people learn and work hand-in-hand more often than I did before. I am more likely to sit and go through and make sure someone understands what I'm saying and what we're doing. I wasn't really before.

What we learned together

As a couple, we both grew from collaborating on technology over the last year.

Chris: I'm blown away at how much I learned. Over the course of a year, I understand new operating systems, how to use an API, web application deployment with Ansible, and standing up virtual machines with Vagrant. I also learned how documentation makes life better, so it's worth the time it takes to write some. In this field of work, however, behavior isn't always documented, so I've learned to be ready to work through tough issues and document how I fix them.

Jess: Beyond what I learned from teaching you, I've focused on learning a good deal about Kubernetes in cloud environments. That includes deployment strategies, the complexity of the Kubernetes API, building my own containers, and securing these environments. I've also saved time to dabble: toying around with serverless code, AI models, Python, and graphically displaying heat maps. It's been a good year.

What's next for us? It's yet to be seen, but I can assure you that we're going to share it here on Opensource.com. 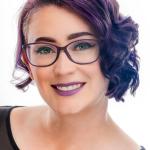 Tech nomad, working in about anything I can find. Evangelist of silo prevention in the IT space, the importance of information sharing with all teams. Believer in educating all and open source development. Lover of all things tech. All about K8s, chaos and anything new and shiny I can find!
More about me
Christopher Cherry 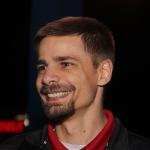 Network Engineer looking for expand my knowledge more into the Software side of things.  Hopefully sometime in the near future be able to write an article on what I am learning and things that i have gained in my search to be a better IT person.
More about me