Convert British English to American English (and vice versa) with these command-line translators. 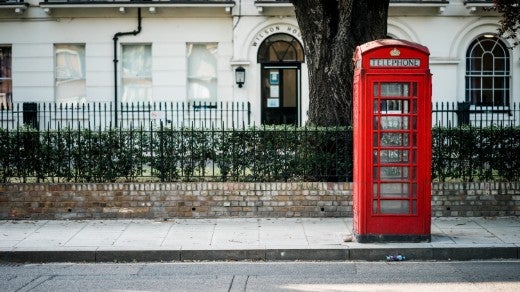 Photo by Jonathan Chng on Unsplash

Last Christmas, my wife and I traveled to my hometown of Ft. Pierce, Florida, and frequented a local establishment on the beach. There, we met a couple from The Midlands in the UK. The music was loud and so was the beer, so it was a bit hard to hear. Plus, even though it "seemed" they were speaking English, it was sometimes a challenge to understand what they were saying. I thought my time in Australia would have given me enough linguistic power, but, alas, a lot went over my head. There was more than the usual "soccer is football" or "trunk is a boot" sort of confusion.

Fortunately, there are open source solutions to translate "British" into "American." We may speak the same language, but our shared speech takes more twists and turns than Zig Zag Hill in Shaftesbury, Dorset!

If you happen to be at the bar with your Linux laptop, you can use a handy open source command-line program, cleverly called the American British English Translator (MIT license).

I installed the Translator on my repurposed MacBook running Linux with:

Which required me to install Node.js first.

In addition to translating words and phrases, the American British English Translator will analyze, ummm, analyse, documents. I gave this a go with a popular document called The Declaration of Independence. (tl;dr). It analyzed the document and returned many results. One of the more interesting was:

Not exactly "taken captive on the high seas" as the Declaration's authors accused:

"He has constrained our fellow Citizens taken Captive on the high Seas to bear Arms against their Country, to become the executioners of their friends and Brethren, or to fall themselves by their Hands."

Of course, if you're sharing a pint with your mates, you may need to actually speak to them in a voice and language they will understand. This would be a good time to bring MARY along with you.

MaryTTS is an open source, multilingual text-to-speech synthesis platform written in Java (GNU license). The handy browser-based interface makes it easy to translate your American bar talk into right good English (or other languages) in either a male or female voice.

So, now I am ready to meet my British friends (when it is safe to do so again), grab a few pints, and—Bob's your uncle—speak English like a native! Cheerio, y'all!

Writing documentation can have a way of getting into your blood, so that you think about it quite a bit, play with some ideas, start various new ideas that may not come to…

Download our new curl cheat sheet. Curl is a fast and efficient way to pull the information you need from the internet without using a graphical interface.