Growing up in Silicon Valley, Nuritzi Sanchez saw the powerful impact software can make on the world. Yet, unlike many others who were also steeped in the tech industry, her journey has taken her into the world of open source, where she is contributing to that impact.

After graduating from Stanford University with a degree in International Relations, she became a founding team member of open source computing company Endless OS, served three terms as president and chair of GNOME's board of directors, and in February 2020 was hired as the senior open source program manager (OSPM) at GitLab.

I am impressed by this talented woman, and I reached out to her to learn more about her and her work. I believe you will also be fascinated with her journey after reading our interview, which has been lightly edited for clarity.

Don Watkins: How did you get started with open source?

Nuritzi Sanchez: My first experience with open source software was using an Ubuntu-based computer at an immigration law clinic when I was interning there as an undergrad. I remember being really surprised that something other than Macs and Windows existed. I had a good experience using the Ubuntu machine.

Later, in 2012, I helped start a company called Endless that aimed to make computing universally accessible. By leveraging the power of open source software, we wanted to create computers that were great for users that had little to no access to the internet or were new to computers.

As I deep-dived into that world, I was amazed by how vast the open source application ecosystem is. In my college years, I had become an Apple fangirl, and I immediately noticed the difference in user experience and design. Thanks to the CEO and founder's strong interest in great design, Endless was created from the beginning to delight users. Our team hoped to bring more user-centered design to the Linux desktop world. 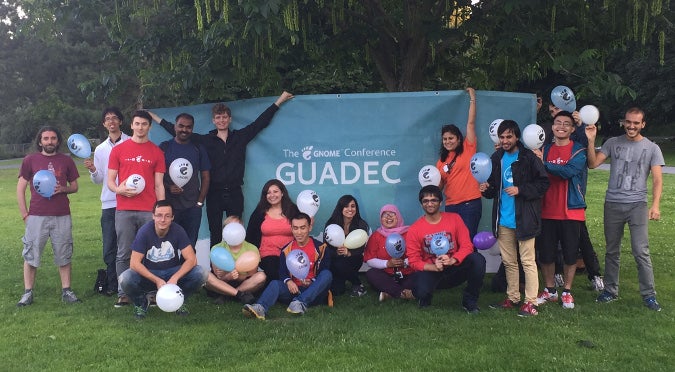 In 2015, I gave my first talk at GUADEC (the GNOME community's largest conference) about adapting GNOME for the developing world. I didn't know what to expect going into the conference since that was the first time I'd attended an open source software event, and I was incredibly impressed with how friendly and welcoming the GNOME community was. The newcomers' and social events helped me bond with the existing community, and when I attended a Birds of a Feather (BoF) session, I noticed that my project management and leadership skillset was immediately useful. Even though I was new to the community and was not an engineer, I felt like I could immediately contribute. I wished I had known about GNOME and the open source world years before!

DW: What is the power of open source for you?

NS: Open source software helps democratize the world and enables us to solve the challenges we know best. You can build on top of the work that others have done in order to solve unique challenges around you instead of having to recreate something completely from scratch. It thus spurs innovation.

Since a lot of open source software is not only free as in philosophy but also free as in price, it also gives people who may not otherwise be able to afford it access to tools that are essential to be part of the modern workforce.

DW: How did your family background drive your interest in open source?

NS: My parents are from Mexico, and when we visited family there, I was struck by the differences between where I was growing up, in the Silicon Valley, and where my parents were from. Sometimes we would visit towns where people had cardboard instead of windows, elderly people were sitting in the heat trying to sell artisanal goods they made, and poverty was visible in every corner. I heard heartbreaking stories about the struggles that people were facing, and as an empathetic kid, that all greatly impacted me. I wanted to do something to help.

During my undergraduate years at Stanford, I really struggled to find just one thing that I was interested in. I was drawn to social impact initiatives, but I wanted to help people be healthier, have access to great education, find jobs, and feel fulfilled. I basically wanted to do all the things. This led me to explore many potential career paths through internships.

Unsurprisingly for someone who grew up in the Valley, I ended up believing that getting involved with software was the best way for me to make a huge impact. I saw how just a small team could create software that was used by millions of people and could impact their lives. It seemed like a superpower. I then became enamored with open source software because of all the reasons I've mentioned above. As a bonus, open source software usually already has an international community, and as I've gotten more involved, I've been keen on helping to expand its reach.

DW: How has your involvement with Endless shaped your vision and direction?

NS: One of the things that I loved about Endless is how much the team valued getting to know its users. Every employee was able to go to one of Endless' target markets and do in-field research. We were able to meet people whose lives we were actually being impacted by our work.

My time at Endless allowed me to travel and become immersed in different cultures to an extent that I wouldn't have had otherwise. I sometimes spent several months in a target market when I was helping with special initiatives. I met people from the international open source community who are extremely dedicated to the open source philosophy—and I also learned more about the challenges they face when contributing. 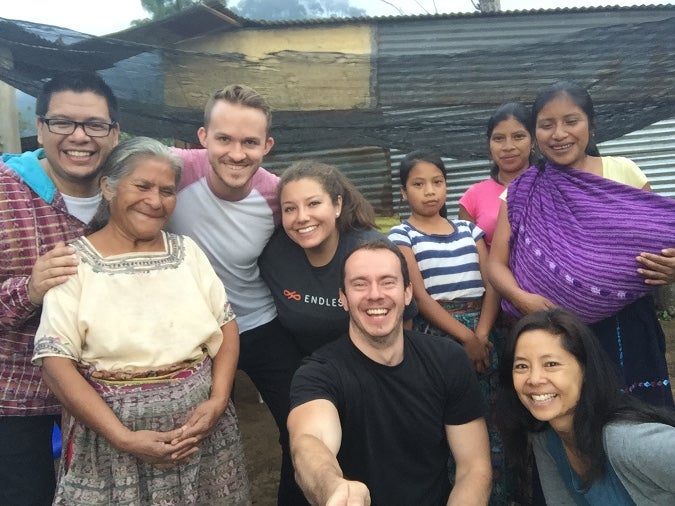 The other theme is the importance of user-centered design. I'm very grateful to have been part of a team with extremely talented designers and executives that believed that great design was essential. Our COO attended the Stanford d.school and helped infuse the company with an appreciation for design thinking. Similarly, our CEO had a sharp eye for things being pixel-perfect and always challenged our designers to create beautiful software. I developed a certain aesthetic and a deep appreciation of the design process. My time at Endless helped me appreciate some of the unique challenges that designers face when trying to contribute to open source software.

DW: Diversity and inclusion are really important to you. How does diversity improve products and communities?

NS: Diversity of thought is something incredibly important when solving any kind of challenge. In order to do that, you need to bring in people from diverse backgrounds. New perspectives often bring new insights or new ideas into the mix.

One of the tangible examples I have from my time at Endless is when we were working in Indonesia and wanted to do user research there to better understand the market. One of our Endless Ambassadors, Siska, belonged to a group of housewives that met regularly, and she introduced Endless at one of their meetings. Many of the housewives who attended got really excited about Endless and told their partners and children about it. Being great networkers, some of them helped us find people for our user research studies and became evangelists of our product in their communities. It was something that, at least to me, wasn't a normal path to take, and it was something that was hugely beneficial. 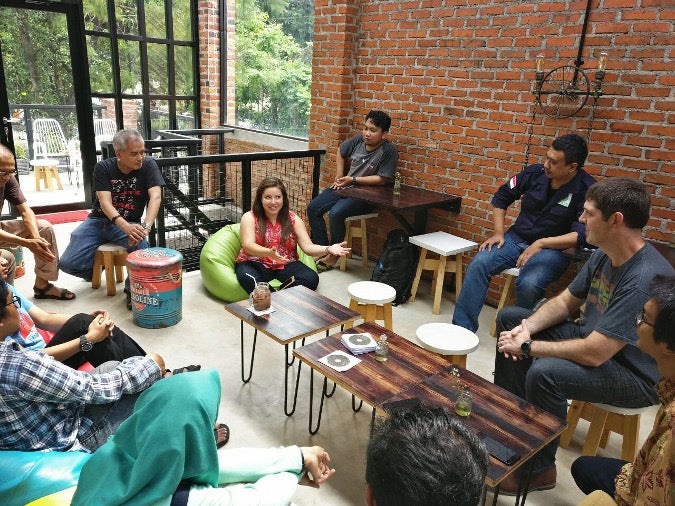 DW: What led you to leave Endless and move to GNOME?

NS: Endless did a lot of things right, and it still faced a lot of the challenges that all open source desktops face in a world that is dominated by Microsoft. Endless had to make some hard choices about how to evolve its strategy and also started to explore some new ideas—like how to make Endless a great platform to teach children how to code. It was during this time that we parted ways, but I continue to be a huge fan and still use Endless OS on my personal computer.

I ended up taking some time off after Endless to travel and to continue my third term as the president and chairperson of the board of directors at GNOME. 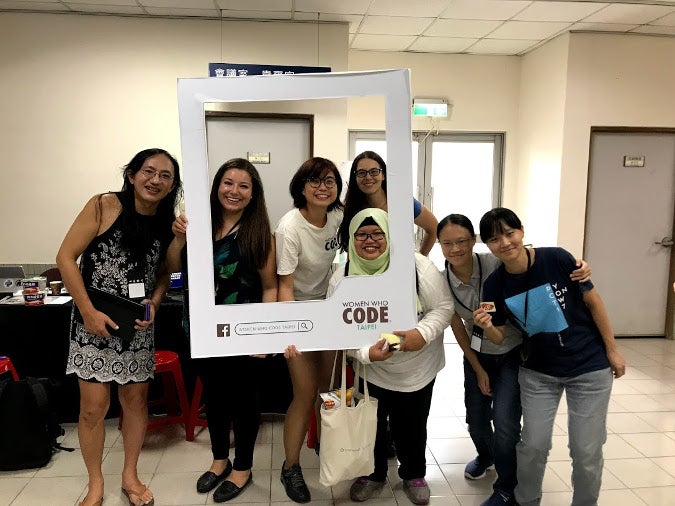 DW: GNOME experienced tremendous growth during your tenure. What do you attribute that to?

NS: There were many things that factored into the growth we saw during my tenure. Here are the most important ones:

DW: You've recently moved to GitLab as senior open source program manager (OPSM). What are you doing there? What are your short-term and long-term goals there?

NS: I am thrilled to be at GitLab! My main focus right now is on the GitLab for Open Source program, which offers our top tiers for free to qualifying open source projects. As part of that program, we also help large open source organizations with their migrations (GNOME, KDE, Drupal, etc.). I'm working on formalizing aspects of the program and streamlining processes that will allow us to scale the program. 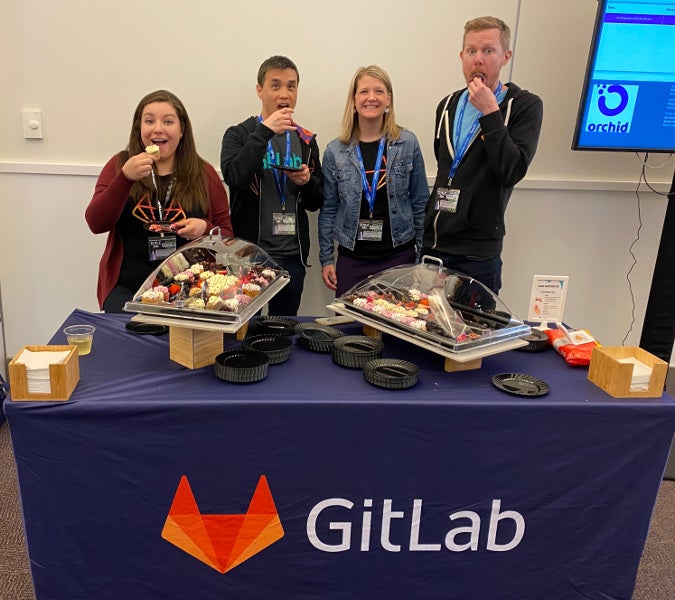 As I work on this program, I'm being exposed to new open source communities, and I'm learning more about the DevOps world. It's been incredibly rewarding already! My hope is to help make GitLab the best place for open source organizations to thrive at scale, and in order to do so, there are many pieces involved. I see myself advocating for features that are important to open source projects, facilitating communication between our community and our internal team, and working with the community relations team to help make it a great experience to be part of our community. Apart from that, one thing that I've been interested in is how to help make open source more sustainable, so I'm keen on continuing to learn about and explore that topic. Last but not least, I’m also very excited about the work that the CHAOSS community is doing on creating metrics to measure the health of open source communities. I recently joined a new working group there to create a set of metrics that foundations like GNOME and KDE can use to measure their community’s health.

I appreciate the time Nuritizi took to share her journey with me and the work she's doing to support open source and the communities that build up around open source projects. If you'd like to learn more about her, I recommend you join me in following her on Twitter.

Endless offers everything teachers and students need to take full advantage of their computers, even where internet access is poor.

Learn how to best grow and maintain your open source communities and allies.

This Linux story begins with a kid reading about Linux in issues of PC Magazine from his childhood home in Costa Rica. Today, he's a passionate member of the global Linux...