Meeting for the first time after 26 years of open source collaboration | Opensource.com

Open source is great because people from anywhere can get involved, but it can be lonely. Take advantage of the proliferation of video conferencing tools available to make connections with your fellow developers. 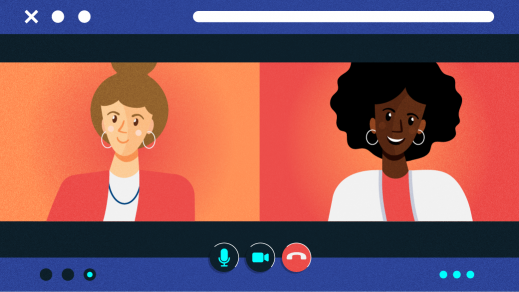 Collaborating on an open source software project is inherently an online experience. For me, almost all of my interaction has been via email. I'll send someone a patch, and they'll review it and reply to me. Or a user will file a bug, and I'll respond to it via the bug tracker. More commonly, developers in the open source community will discuss ideas via the email list.

Over the years, I've only interacted on projects electronically, and have only met a few people in person, usually in settings unrelated to the project. Sometimes it's at conferences—we'll recognize each other's names, and realize we're working on the same open source project. I really enjoy those connections, but they're rare.

In 1994, I created the FreeDOS Project, an open source implementation of the DOS operating system. In the last 26 years, I've met only a handful of folks from that project in person. I met one developer when I attended a work conference in his city, and we got dinner together. Another developer took time out of his vacation tour of the Midwest to visit and have a drink. I crossed paths with another developer at an open source conference. And I spoke with Pat, who wrote our first kernel, on the phone several times, but we never met in person.

More Great Content
A few weeks ago, I decided to change that dynamic. We live in an era of ubiquitous video conferencing, even more so in the last few months, as many people have shifted to remote work due to the pandemic. Even though open source work happens virtually, independent of geography, we can still build relationships and put names to faces. Zoom, BlueJeans, Google Hangouts, or Jitsi Meet are the new way to connect while maintaining social distance.

On June 29, 2020, to celebrate the 26th anniversary of FreeDOS, we held our first online get-together. It was an opportunity to finally actually meet the people I'd been working with for the last 20+ years.

And it was awesome! At our peak, we had over 16 people on the video meeting. I loved getting to see everyone and talk "in-person." We had almost an hour and a half of engaging conversations with folks from all over the world. Thanks to everyone who participated!

It's meetings like this when I remember open source is more than just writing code; it's about building a community. And while I've always done well with our virtual community that communicates via email, I really appreciated getting to talk to people without the filter of email—making that real-time connection meant a lot to me.

This virtual meet-up went so well that I'd love to do it again. In fact, I'm planning another virtual get-together later this summer. I'm hoping to focus the conversation on that one, maybe make it a "working session" to nail down some things for the upcoming FreeDOS 1.3 release. Stay tuned for more details! 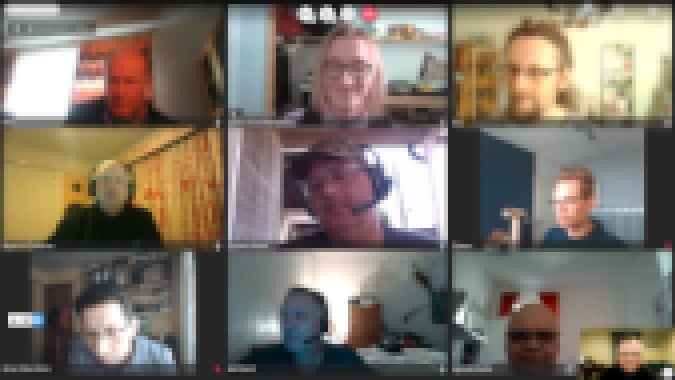 Members of the Opensource.com team stress-test five open source video-conferencing applications so you don't have to.
Chris Hermansen (Correspondent)

Getting to know our new, virtual world