Gwenview is an excellent photo editor for casual photographers to use on the Linux KDE desktop. 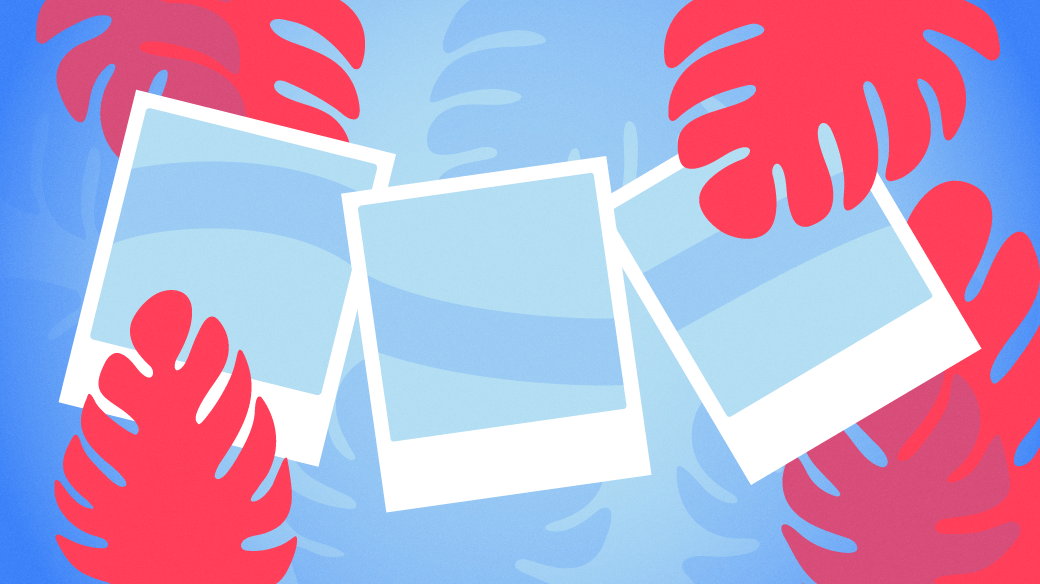 A good photo can be a powerful thing. It expresses what you saw in a very literal sense, but it also speaks to what you experienced. Little things say a lot: the angle you choose when taking the photo, how large something looms in the frame, and by contrast the absence of those conscious choices.

Photos are often not meant as documentation of what really happened, and instead they become insights into how you, the photographer, perceived what happened.

This is one of the reasons photo editing is so commonplace. When you're posting pictures to your online image gallery or social network, you shouldn't have to post a photo that doesn't accurately represent the feelings the photo encapsulates. But by the same token, you also shouldn't have to become a professional photo compositer just to crop out the random photo bomber who poked their head into your family snapshot at the last moment. If you're using KDE, you have a casual photo editor available in the form of Gwenview.

If you're running the KDE Plasma Desktop, you probably already have Gwenview installed. If you don't have it installed, or you're using a different desktop and you want to try Gwenview, then you can install it with your package manager.

I recommend installing both Gwenview and the Kipi plugin set, which connects Gwenview with several online photo services so you can easily upload photos. On Fedora, Mageia, and similar distributions:

On Debian, Elementary, and similar:

Gwenview is commonly launched in one of two ways. You can click on an image file in Dolphin and choose to open it in Gwenview, or you can launch Gwenview and hunt for a photo in your folders with Gwenview acting more or less as your file manager. The first method is a direct method, great for previewing an image file quickly and conveniently. The second method you're likely to use when you're browsing through lots of photos, unsure of which version of a photo is the "right" one.

Regardless of how you launch Gwenview, the interface and functionality is the same: there's a workspace on the right, and a panel on the left. 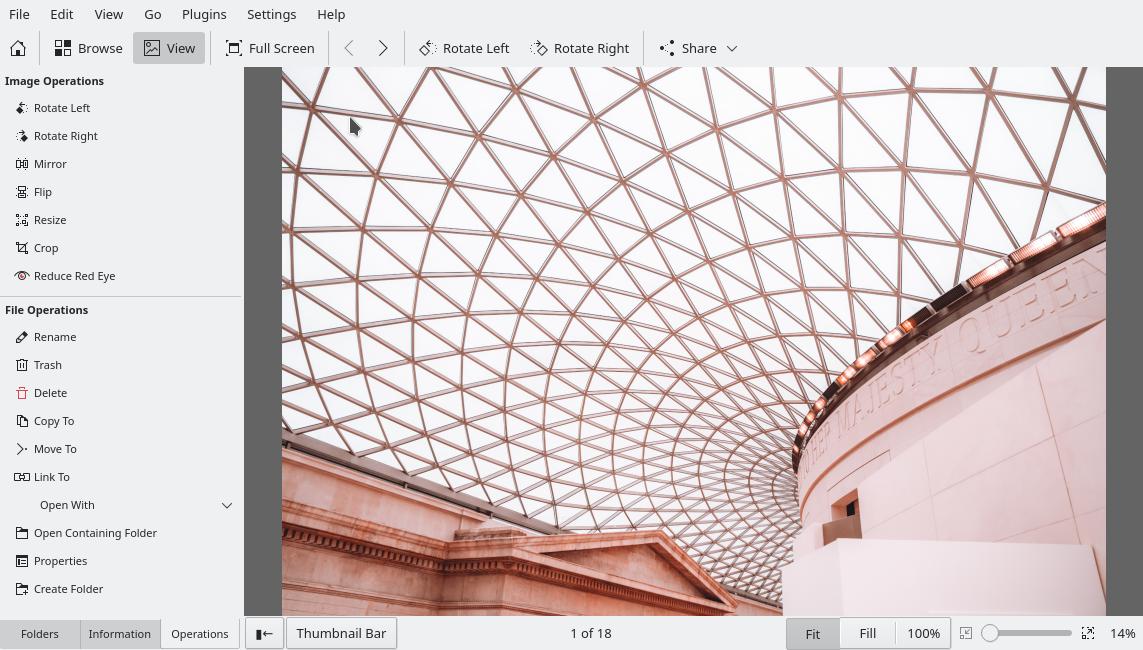 Below the panel on the left, there are three tabs.

Gwenview is always aware of the file system, so you can press the Right or Left Arrow on your keyboard to see the previous or next photo in a folder.

To leave the single-photo view and see all of the images in a folder, click the Browse button in the top toolbar. 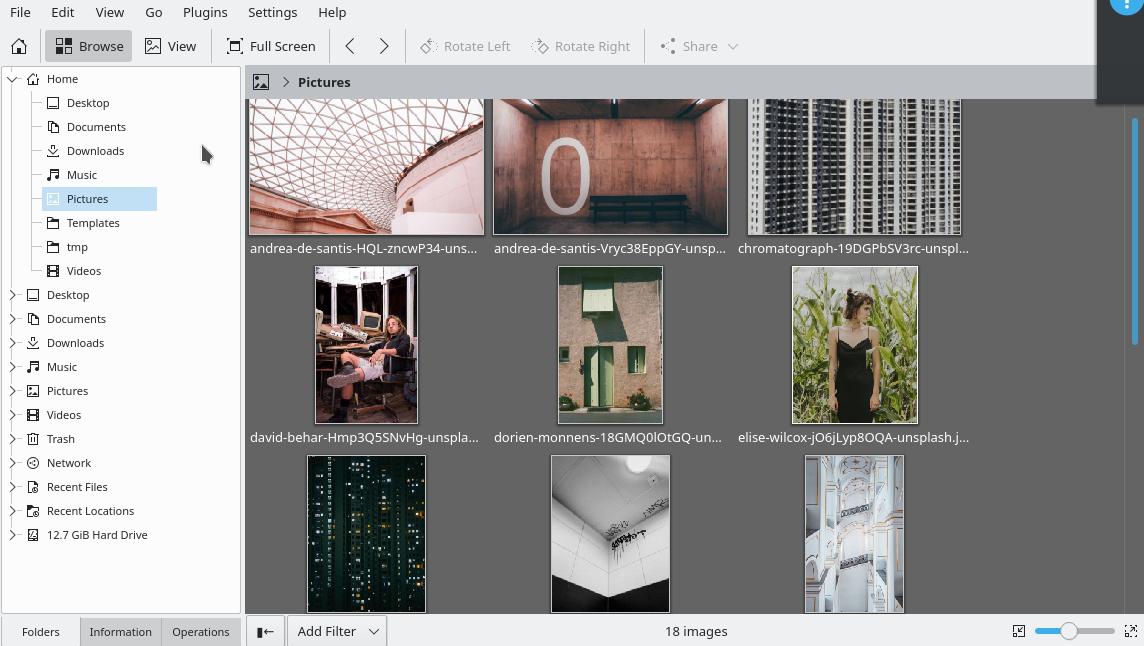 You can also have both views at the same time. Click the Thumbnail Bar button at the bottom of Gwenview to see the other images in your current folder as a filmstrip, with the currently selected photo in the main panel. 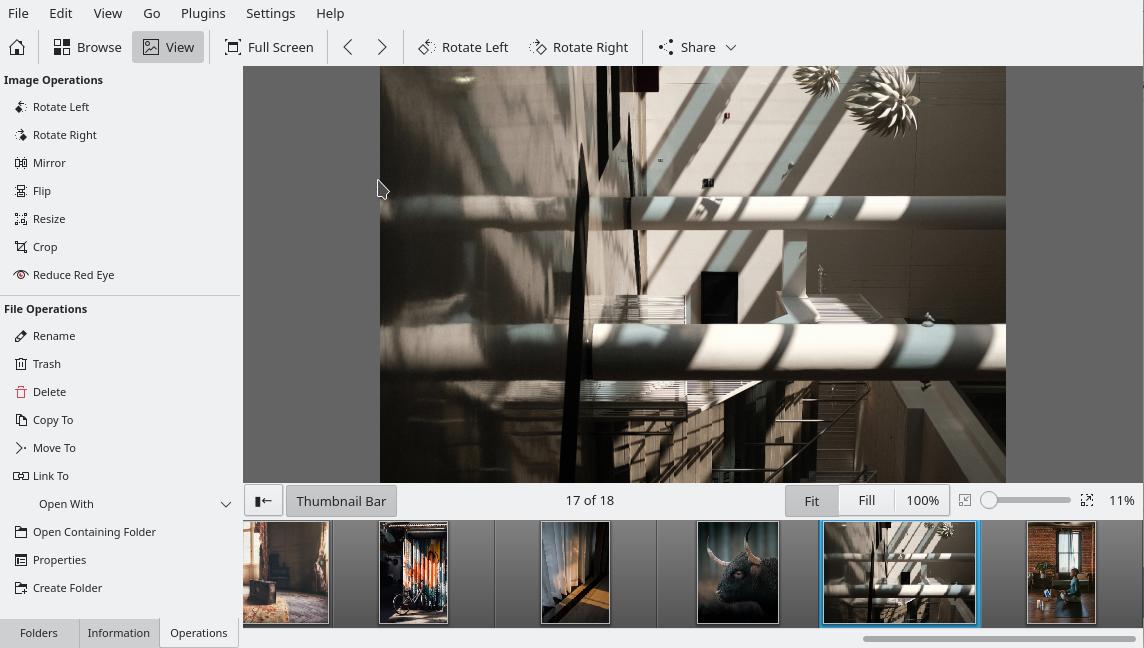 Digital photos are pretty common, and so it's equally as common to need to make minor adjustments to a photo before posting it online or sharing it with friends. There are very good applications that can edit photos, and in fact one of the best of them is another KDE application called Krita (you can read about how I use it for photographs in my Krita for photographers article), but small adjustments shouldn't require an art degree. That's exactly what Gwenview ensures: easy and quick photo adjustments with a casual but powerful application that's integrated into the rest of your Plasma Desktop.

The most common adjustments most of us make to photos are:

All of these tools are available in the Operations side panel or in the Edit menu. The operations are destructive, so after you make a change, click Save As to save a copy of the image. 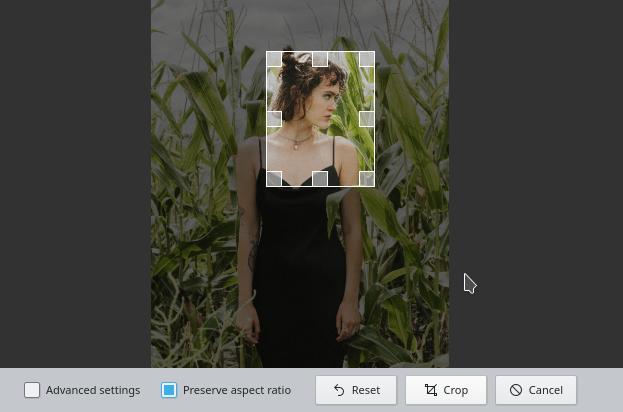 Gwenview has all the essentials for a desktop photo manager. If you need more than the basics, you can open a photo in Krita or Digikam and make major modifications as needed. For everything else, from browsing, ranking, tagging, and small adjustments, you have Gwenview close at hand.