Is Jaron Lanier just a hater, or should we be paying attention? | Opensource.com

Is Jaron Lanier just a hater, or should we be paying attention? 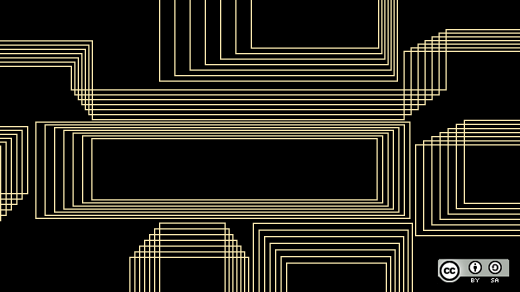 Last week, my friend Greg DeKoenigsberg posted an article about Jaron Lanier's negative comments regarding open textbooks. At almost very same time, I happened to stumble upon an article Jaron wrote back in 2006 criticizing Wikipedia.

The common theme is Jaron taking issue with what he calls "online collectivism," "the hive mind," and even "digital Maoism" (ouch!). You might call this same concept "crowdsourcing" or "the wisdom of crowds." It's all in the eye of the beholder, but the guy clearly does not have much love for wikis or the works of collective wisdom they create.

So I had to ask myself: Why so negative, Jaron?

Is Jaron really a hater of free culture, as Greg claims in his article? Is he an enemy of the open source way? Or is he just a smart dude warning us about the risks of taking the wisdom-of-crowds concept too far? 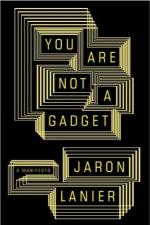 Fortunately for us, Jaron published a book earlier this year entitled You Are Not A Gadget. So I took a few hours and read it last week to see if I could answer some of these questions.

At times, the book is scary smart, with precise analysis from a man who clearly questions everything, and is in a better intellectual position to do so than most (the section on social media and its redefinition of friendship is especially interesting).

At other times it read like a college philosophy term paper. And occassionally, especially toward then end, it devolved into nearly unintelligeble (at least by me) ravings about things like "postsymbolic communication" and "bachelardian neoteny" (Michael Agger's review in Slate calls him out for this too).

But wait! Right near the beginning of the book, I found this paragraph:

"Emphasizing the crowd means deemphasizing individual humans in the design of society, and when you ask people not to be people, they revert to bad, moblike behaviors."

I've even written about why the term crowdsourcing bugs me for that very reason. From my crowdsourcing post: "Open source is not about people becoming part of a collective and creating a collective good for the sake of all. It is about people with selfish interests finding others with similar selfish interests and realizing they could get more work done more quickly by working together."

To me, this is one of the main things that makes the open source way very different than socialism, and makes it much more like something Ayn Rand might dig.

Jaron is definitely channeling Ayn Rand when it comes to his belief in the importance of the individual creator, which explains why he dislikes Wikipedia so much. I think he makes some good points, especially regarding the dangers of anonymous authorship (leads to lack of accountability) and the need for transparency in authorship (certainly not one of Wikipedia's strengths).

Overall, he actually does a fairly balanced job explaining the strengths and weaknesses of the crowdsourcing model. And It turns out that Jaron doesn't hate the crowdsourcing concept at all. He actually kind of likes it, but just thinks we need to be very careful about where we do and don't use it as a tool, and that we should never let the crowd ask the questions.

In fact, he fesses up to his own hyperbole at one key point in the book:

"To be fair, open culture is distinct from Maoism in another way. Maoism is usually associated with authoritarian control of the communication of ideas. Open culture is not, although the web 2.0 designs, like wikis, tend to promote the false idea that there is only one universal truth in some areas where that isn't so."

So why did you call it "Digital Maoism" then, Jaron? To get attention? Not cool.

Apparently Jaron doesn't hate open source either. At one point in the book, he declares "I'm not anti-open source. I frequently argue for it in various specific projects."

Yet he asserts that the open source movement has done nothing more than simply recreate things that were already invented, like the encyclopedia, or Linux as a derivative of UNIX.

The open source way set the encyclopedia free through Wikipedia. It set UNIX free through Linux. It is the great democratizer, giving power and access to people who had none before.

Sun Tzu told us we should not just know ourselves, but also our enemy. I'm not sure Jaron Lanier is really an enemy of free culture, more of a loud devil's advocate. I think he is a smart guy crying "fire" in a crowded theater.

But yes, we probably should be paying attention.

I think Lanier's comments on "open source" are relatively apt. If you look at the totality of software that's on offer today, Linux has in many ways contributed to a reduction in diversity: all the traditional Unixes have pretty much gone under the steamroller by now, and it doesn't seem clear that won't happen to the free ones. I think that's something he's pointing at when he says "one universal truth" : forks and the ability to change code granted, but no-one's realistically going to do another QNX or something _really_ different, but they will do different flavours of Linux. In those terms, the freeness of free software doesn't make one whit of difference to the argument he's making.

I don't think he's a hater at all. I think he's pointing out some extremely valid problems; you can see the same thing in history - the western octave being so pervasive in music, English being such a pervasive language, etc. Who doesn't have a Starbucks on their high street? I think what he's saying is very subtle, and pretty crucial.

What he is saying is definitely subtle and nuanced, and you need to have a pretty deep understanding of the subject in order to get where he is coming from. A person certainly won't understand him by a reading a review of the book (like this one)... you actually have to read the book in all its detailed analysis.

In the sound byte media era we live in, Jaron is at an extreme disadvantage-- his opinions can not be easily reduced or categorized, so when people (including myself) replay some of his ideas, they lose something in the translation.

As a philosopher, I found this book brilliant, and it really got me thinking. As a professional communicator, I thought Jaron could communicate more successfully by reaching across the aisle every now and then. He is easy to label as an extremist because of the way he communicates his message in an adversarial way.

Wikipedia shows multiple "opinions" about a same subject (see http://en.wikipedia.org/wiki/Wikipedia:Neutral_point_of_view#Balance). Also, scientific knowledge only needs to be reasoned or refuted with arguments, and an argument from an anonymous user is a valid argument.

I know there are a lot of trolls out there, but I think Lanier is more intelligent than that, and by emphasising many of the potential pitfalls of open source (design by committee and the reinvention of the wheel - though there are two sides to those coins as you pointed out) he gives us a chance to examine our own activities.
If we can learn to counter his arguments (intelligently, that is) then we become stronger as a community, if not also more useful to ourselves and others. Hence the open source 'word' will spread.
It's always good to have a well-armed adversary to help you sharpen your own wits.

"[Open source contributors] are at their most efficient while building hidden information plumbing layers, such as Web servers. They are hopeless when it comes to producing fine user interfaces or user experiences. If the code that ran the Wikipedia user interface were as open as the contents of the entries, it would churn itself into impenetrable muck almost immediately. The collective is good at solving problems which demand results that can be evaluated by uncontroversial performance parameters, but it is bad when taste and judgment matter."

I think that's a bit unfair. Has open source made something that rivals the Apple user experience? Ok, probably not. But it's provided a lot more attractive and useful stuff than just "information plumbing layers."

There was an incredibly well-written article in The New York Times this weekend that talked about Jaron's book in the context of a larger story about mashup culture and "recombinant art". Interestingly enough, the article itself was a mashup of thoughts from Jaron's book and books by about 5-6 other writers. Great article, but I found some happy irony in that:)

The real problem with Lanier's anti-wiki argument is that it naively argues for the worst sort relativism. is green really green, or is it only green for you? What is oxygen? Is it really atomic, or only for you?

I remember reading that there's a whole generation now who have trouble understanding what facts actually are, vs. opinion, and the value of exercising real due diligence. Apparently, this is the result of badly-designed and executed education styles in the 80's and 90's. I wonder how much of that (individual AND) collective soft-headedness accounts for how far Lanier has gotten to date?

I'm sure you've heard the quote: If you want to find out if something is false, post it on the internet. Someone will know the answer and shoot it down.

THAT is the wisdom of crowds - and accepting that facts actually exist, and are not just "relative" to individual opinion.

Finally, there seems to be a problem with Lanier himself. The symptom I see most regularly in his communication is: willful obtuseness. He WANTS to be vague. It's his crutch. It's symptomatic of wanting and defending status in any given interaction. It reminds me of those college music snobs who would look for the most obscure band possible, play you their album, and then feign astonishment that you'd never heard of them. It's fake one-upsmanship.

In sum, he underwhelms me.

I liked and agreed with Lanier's book, but I also agree with your criticism regarding his sometimes academic language and his Maoism parable, which does not apply to all the aspects he describes in the book. Apart from that, he's spot on.

Also, I don't think he is channeling Ayn Rand. Rand was an intolerant, hyperbolic and simplistic pseudo-philosopher who was completely opposed to any sort of morals, humanism and social responsibility / accountability while at the same time wrongly assuming that an individual's success is a magically isolated affair, not connected to the work and achievements of other members of society. Her "theories" and ideology fall apart with a few minutes of serious analysis, unless you have psychopatical tendencies.

Lanier champions authorship and the individual, and rightly so - but he does not demonize open source or denies the importance of collective wisdom - people are not islands. However, he does takes issue with the path currently being taken by collective tools in the Internet (i.e. no standards, no intellectual or moral direction, no organization, no accountability and no privacy, among other things).