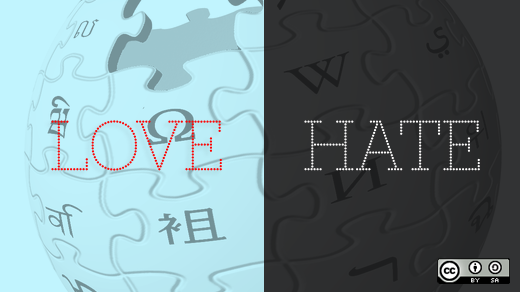 Last fall, a group of researchers at the Palo Alto Research Center (PARC) released a study showing an abrupt leveling off in the number of editors and edits to Wikipedia, starting in about 2007.

There is a great summation of the findings in a set of posts by Dr. Ed H Chi, Lead Scientist at the PARC Augmented Social Cognition group here, here, here, and here.

I've been thinking a lot over the past few months about what might be causing the slowing rate of contributions, as have many others. I particularly liked Niel Robertson's post last week on the Enterprise Irregulars site.

Niel's thesis is that Wikipedia has failed to continue to develop innovative ways to motivate its community, falling behind as other communities and companies have implemented more creative new techniques. Niel goes on to identify seven types of motivation for crowdsourcing (yes, I still dislike that word) efforts, of which he says Wikipedia is only using a couple.

I think he is on to something. But Wikipedia is operating at a scale that dwarfs almost every other crowdsourcing effort in history. It takes a massive bureaucracy of editors and administrators to keep the whole thing going.

And if traditional bureaucracies (like those in governments and large companies) tend to stifle innovation, what happens in a bureaucracy where the bureaucrats aren't getting paid and aren't getting any recognition for their efforts?

From my point of view, this is Wikipedia's next great challenge:

How does it convince the world to love and recognize its contributors?

The bureaucracy of Wikipedia has a brand problem, probably caused in large part by an underlying culture problem. Search for "hate Wikipedia" in Google and you'll return about 13,000,000 results, which mostly fall into one of two categories: people complaining about inaccurate or politizised entries or contributors complaining about malicious editors and draconian administrators.

Are these accusations true? I'm sure many of them are. In fact, Wikipedia itself has a brilliantly-edited page describing all of the criticisms of Wikipedia in great detail.

Can Wikipedia rehabilitate the reputation of its editors and contributors and eliminate some of the worst offenses of the bureaucracy? I think so. But to do so will take significant cultural changes. Some questions I've been pondering:

I love Wikipedia, and I am not alone (a Google search for "love Wikipedia" brings back 109,000,000 entries—almost 10x the number for hate). So if you love Wikipedia too (or even if you don't), please share some of your ideas below.

How can we help Wikipedia improve its culture of contribution to ensure it continues to grow and improve as a useful resource for years to come?

Let me know what you think.