Learn how to delegate with presidential charisma

We can glean important lessons about responsibility and decision making from Abe Lincoln. 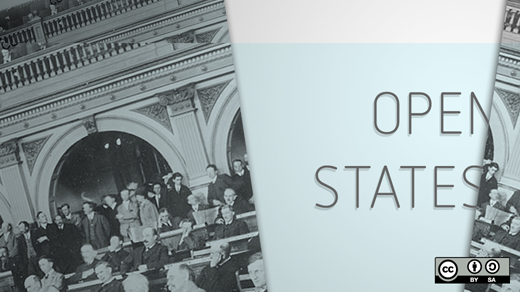 I traveled a lot this past fall. That meant long plane rides, during which I had a chance to read a book that's been on my list for years: Team of Rivals by Doris Kearns Goodwin. I've always been interested to learn more about Abraham Lincoln, but I wasn't expecting to get so many valuable and relevant lessons in open leadership from a closer examination of how Lincoln worked with his team of direct reports (his cabinet).

I've written about delegation in the past—specifically about how the challenge is to truly give away a project, not just ask somebody to do something. Goodwin's book illustrates how Lincoln did this so completely with one particularly striking example.

In the fall of 1864 in Washington, D.C., Edward Stanton (Lincoln's Secretary of War at the climax of the American Civil War) was working 15-hour days in the White House with such devotion that his doctor begged him to rest for fear he might die of exhaustion. On one of these long days, Stanton received a visit from two congressmen who wanted him to appoint one of their constituents to a military position. The congressmen had already gotten Lincoln's endorsement before approaching Stanton. But Stanton did not support the appointment; he rejected the idea. The congressmen went back to Lincoln, Stanton's boss, to complain, confident that they could overrule Stanton.

Lincoln's response is the most eloquent description of true delegation that I have ever seen:

"Gentlemen, it is my duty to submit. I cannot add to Mr Stanton's troubles."

Here, Lincoln plainly states that he has to submit to Stanton's preference, which in itself is a great lesson in delegation. Even if you disagree with a decision, you can trust that the person you've tasked with the problem probably knows more than you do about the right course to take. You should let them make the call.

But Lincoln doesn't stop there. He goes on to (quite poetically) reaffirm Stanton's authority, and to explain why it's so important that Stanton be the ultimate decision-maker of his office:

"His position is one of the most difficult in the world. Thousands in the army blame him because they are not promoted and other thousands out of the army blame him because they are not appointed. The pressure upon him is immeasurable and unending. He is the rock on the beach of our national ocean against which the breakers dash and roar, dash and roar without ceasing. He fights back the angry waters and prevents them from undermining and overwhelming the land. Gentlemen, I do not see how he survives, why he is not crushed and torn to pieces. Without him I should be destroyed. He performs his task superhumanly. Now do not mind this matter, for Mr. Stanton is right and I cannot wrongly interfere with him."

Luckily, you are probably not dealing with issues as grave as those Stanton and Lincoln did (waging a civil war with unimaginable casualties and consequences). But if you are a leader in an organization today, both you and your team members are probably under a lot of stress, working in fast-paced environments that require making decisions constantly and navigating many different opinions and perspectives. If you have placed somebody in charge of a project, or a department, and then second guess, override, or otherwise interfere with their decisions in that kind of environment, the consequences could be destabilizing or lead to dysfunction.

If you have placed somebody in charge of a project, or a department, and then second guess, override, or otherwise interfere with their decisions in that kind of environment, the consequences could be destabilizing or lead to dysfunction.

This is a lesson that I've learned the hard way more than once. I think this is an easy mistake to make, because when you delegate something, you don't actually give up your opinions. It's only natural to answer a question if you are asked, and remembering to defer questions to the person you've delegated something to takes practice and discipline. In his case, Lincoln knew that he depended on Stanton for the war to be successful, and he knew that if he undermined his War Secretary, it could not only reduce his effectiveness but also might demoralize him.

Of course, Lincoln also trusted Stanton and valued his opinion; another great leadership quality that Lincoln demonstrates here is an ability to acknowledge his mistakes. He recognized that he made a mistake in giving his support to the congressmen in the first place—he should have deferred the entire question to Stanton from the beginning. And that's the good news: Often, if we do overreach as leaders, our actions aren't irreversible. As long as you can admit you were wrong and apologise, you can keep your team empowered.

Thinking about open organizational design often makes us question the nature of delegation. Is it actually a relevant practice in an organization that doesn't follow traditional hierarchical protocols and boundaries?

In my experience, open organizations still have leaders who "own" decisions, and understanding who is accountable for decisions is critical for getting things done. The difference is that those decision makers might not be the most senior leaders. They might be technical experts, project managers, team leads—anybody who has stepped up to manage a project.

Anybody, no matter their place on the organizational chart, can be a leader in a given context at an open organization. If that person is you, learning how to effectively share your authority is a critical skill.