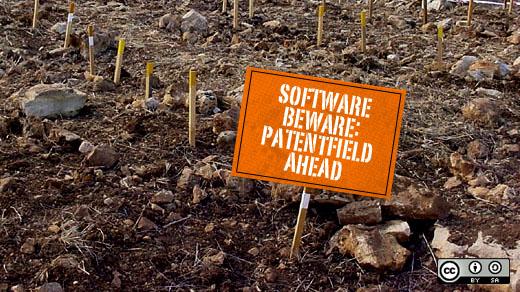 Users of free and open source software (“FOSS”) have little to gain and much to fear from the patent system. The patent system poses two major threats to users: First, the software itself can be burdened or extinguished altogether by “software patents', that is, claims over basic techniques used in computer programs or common features of programs. Second, the use of computers to perform basic business functions traditionally performed in other ways, can be monopolized as a result of patents on computer enabled “business methods”.

Before 1990, neither the features of software nor the use of computers in “business methods” could be patented anywhere in the world. But the creation of a specialized patent law court in the United States, all of whose judges were patent lawyers, changed the landscape of U.S patent law. The tremors were felt in the rest of the world. The U.S Supreme Court, in a famous 1981 case, held that a computer program used to control the industrial process of rubber vulcanization could not be patented standing alone, because facts of nature, mathematical formulas and algorithms are outside the realm of patent protection. However, after 1982, the Supreme Court largely left patent law to the newly created Court of Appeals for the Federal Circuit (“CAFC”), and soon the CAFC had changed the rules completely while pretending that nothing had changed at all.

The CAFC's decision in 1998, in the case of State Street Bank v. Signature Financial Group, expanded patent's scope to include any ”practical application” of an algorithm, formula, or calculation that produces ”a useful, concrete and tangible result.” Thus injecting patents into areas where they were neither needed nor desired. These included, for example, financial strategies, auction techniques, accounting, and management, training and instruction.

Numerous other legal decisions relaxed the “enablement” requirement for software patents. Under U.S. patent law, applicants are required to provide detailed instructions explaining how the invention works which is the “best mode” requirement. For software patents and business methods, it seemed that the courts had largely done away with this requirement. A general strengthening of patent law occurred wherein the Courts were more willing to grant injunctions to patentees and award large damages, raise the standards for challenging a patent etc. and it made obtaining patents easier and cost effective for big firms.

These changes had profound effects on the software industry, whose growth and innovation in the absence of patents had been unquestionable. Over the past two decades, the number of patents has grown so quickly that every new product now must find its way, in the unpredictable legal landscape, through a minefield of potential liability. By 2004, approximately 145,000 U.S. patents had been issued in the 22 classes of patents covering "computer implemented inventions”. Patentees extracted licensing fees or “cross-licenses” that gained access to others' patents, crushing potential competitors in the process.

This period also saw the rise of FOSS as a threat to monopolistic proprietary software companies. The rule of required sharing of computer program source code in FOSS, and creation of a “protected commons” for the free exchange of ideas embodied in program source code eliminated the need for patents. “Copyleft” sharing, under the GNU General Public License (“GPL”) and similar licenses, helped firms to increase their levels of investment in cooperative production, and to exchange ideas, secure in the knowledge that those investments would not be appropriated by others claiming exclusive rights.

But companies in the business of acquiring patents merely to license or sue parties refusing to pay for a license, called “patent trolls,” also sprang up in great numbers. They imposed license fees that FOSS projects could not afford under terms that unacceptably conflicted with FOSS licenses. They exploited companies' willingness to pay license fees for patent claims of questionable validity, in order to avoid the high costs of patent litigation.

Usually, these trolls prefer to bite deep-pocketed businesses and not small FOSS distributors, much less non-profit communities of programmers. Proprietary software giants charge their customers high prices, in effect collecting in advance any patent royalties they may be required to pay to trolls. Thus, patent rent is included in the cost of proprietary products: Microsoft and similar companies may sting from reduction of their profits, but their users have been stung in advance. Moreover, cross-licensing works well for them, as they have or can build a portfolio of patents with which to buy others' claims without using money. But the same approach is not available to FOSS communities, which in general do not seek patents; their users thus risk ending up as casualties in the war.

Several big patent holders have offered royalty-free patent licenses, patent pledges or promises to FOSS users and developers. But these promises can only protect against aggression by parties who have no hostile intent anyway, and who benefit from the FOSS production system on their own behalf and on behalf of their customers. In the past few years, commercial FOSS distributors have suffered repetitively from dubious patent lawsuits and threats of lawsuits, mostly intended to create fear, uncertainty and doubt benefiting proprietary competition or to extract licensing fees for non-practicing entities.

Now, the US Supreme Court is poised to change the game, putting the brakes on this out-of-control system. Bilski v. Kappos, which was argued at the beginning of November 2009, calls into question at least the business method patent system. In 1997, Bilski filed a patent application for a method of hedging risk in energy commodities trading, something which traders do and have done a hundred times a day forever. The U.S. Patent and Trademark Office (“PTO”) rejected the application, and the CAFC agreed, holding that patents could only issue for processes, including software, when the patent claims include a “specialized machine” or a “transformation of matter,” neither of which was present in the Bilski application.

Whether this “machine or transformation” test correctly determines what can be patented carries implications for a broad range of American businesses, prompting companies in fields as varied as software, insurance, life sciences and the news media to file “friend of the court” briefs, trying to urge one outcome or another. Most of those parties who agree with the PTO's decision believe that the Court should reaffirm its long-standing position, that patentable subject matter excludes laws of nature, abstract ideas or mathematical algorithms.

A computer program, no matter what its function, is nothing more or less than the representation of an algorithm. It is not conceptually different from a list of steps written down with pencil and paper for execution by a human being. Everybody agrees that purely “mental steps” aren't patentable. Those who believe that software standing alone can be patented must therefore explain a distinction without a difference.

Outside the Supreme Court, no one knows what the Justices who heard the case will decide. The transcript of the oral arguments gives the impression that the particular patent application in question has no friends in the Supreme Court. Whether the Court will hold broadly that software standing alone should never be patentable, as the Software Freedom Law Center urged, or will reach a narrower conclusion, affirming the decision to deny the single patent in question, or something else in between, remains to be seen.

But whatever happens, unless the patenting of software and business methods is entirely prohibited, the businesses which use computers, which is all businesses in the 21st century, will face legal uncertainty and the possibility of disruption by the beneficiaries of state-granted monopolies.

Mishi - Mishi Choudhary, Counsel Mishi Choudhary is working with SFLC following the completion of her fellowship during which she earned her LLM from Columbia Law School and was a Stone Scholar. Prior to joining SFLC, Mishi was a litigator in different chambers in India with areas of practice covering Corporate and Commercial Law, Arbitration & Dispute Resolution, Property Law, Information Technology Law, Trademarks and Copyrights, Constitutional and Administrative Law. Mishi will be the founding...
More about me

Thanks for this view to the progression of the software patent issue.

To effectivley combat or navigate this potential minefield we need to understand what "it" really is and how did it get to this point.

I second that Drew. Something not mentioned probably because it has a limited effect on the software environment (as opposed to patents) is that during this time Congress passed a law that doubled the duration of copyrights to in spite of objections by economists.

Keep in mind that some types of patents can be renewed. I read this recently in an article from CNN. Jay @ <a href="http://blogalarmas.com">Alarmas</a>

Unfortunately the system doesn't help users of free and open source software. The use of patents just hold us down and give us a uncertain future. Hopefully we can change the history and free up ourselves form the law makers.
James <a href="http://www.angieslist.com/angieslist/">angie's list</a> participant