The idea of creating a free (as in free speech) and open cinema camera based on an Elphel 333 started in spring 2006 in the mind of a member of the DVinfo forum, who in March 2006 started a new thread called "High Definition with Elphel model 333 camera." A lot of people got involved, and the project grew and developed.

As time passed this thread broke the 1,000 posts mark in 2009, so the team decided to build a dedicated website and find a unique name for the project. After a lot of discussion, the decision was made to call the project "Apertus," which stands for openness in Latin.

What is Apertus?
The project is basically the effort to turn an Elphel into an affordable, full-featured cinema camera that we as film-makers love to use and providing a workflow to integrate it into a professional movie production.

What is a free/open camera about?
When I explain the project, people often ask what the real differences between Apertus and other camera projects really are, or in other words, what advantages an "open" project really possesses for the end user. Since most creative people in the film industry like DOPs (directors of photography) and camera operators are not software developers, they have a very blurry understanding of words like "Linux" and "open source". If anything they would associate them with "geeks" and "nerds," but nothing they would expect to work with closely in their future everyday work.

Before the digital revolution in movie production, DOPs had a pretty clear understanding of what was happening with the celluloid inside their movie cameras and how they had to influence the mechanical and electronic parts to achieve the look and feel they were after in their work. But with the rapidly evolving technical development of digital cinema cameras this changed drastically. The cameras were turned into black boxes because manufacturers feared to lose market share if competitors were able to discover what they were doing inside their hardware/software. Every manufacturer pushes his own research to increase the performance of his cameras and develop new technologies but has to make sure the actual knowledge driving this innovation stays secret. Also a very popular trend among manufacturers is disabling features in software to make you buy the higher priced product or to add software that makes sure you only use accessories from their company. The one who suffers is of course the camera user.

Apertus is about developing a high-tech cinema camera without any secrets or restrictions! We actively share the knowledge and encourage others to improve and modify our camera. Once you got used to working with a truly open system, you will suddenly realise how limiting your previous one really was.

Lee Parker (Senior DOP, built IMAX cameras and motion-control systems): "The beauty of an open source camera to me is a step back toward the dark room, in which making the tools is part of the joy of making the art. I don't think a open source camera should be about anything being static or 'good enough,' it should be about a community of artists helping each other to create tools to allow us to constantly improve our individual styles."

This means that the features of Apertus can be expanded by everybody. This can range from simple changes in the user interface to being able to download new recording codecs or plug-ins to the camera from the Internet in the field. Just imagine downloading a new plug-in to your camera that does live 3D tracking of actors and replaces them with digital characters in real-time, or a plug-in that does live non-destructive chroma keying and outputs a video stream with alpha channel in real-time. 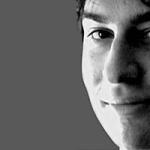 Working in Film/Video Postproduction and as Graphics- & Webdesigner. Doing more and more software development now using a completely free workingenvironment since I switched to Linux.
More about me