Progress of science thanks to software being open source 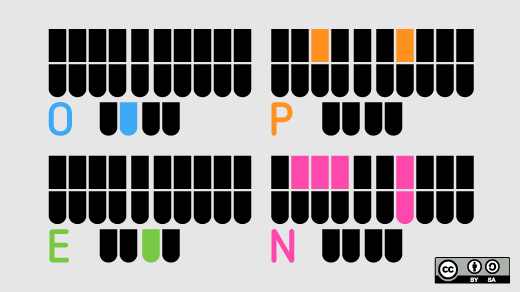 Over the last months, I became more and more aware of the "open" movement. "Open" as in open access, open source, open data, open science. 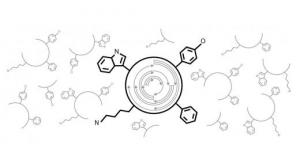 n mid 2011, I had a project where I needed to annotate the tandem mass spectra of some cyclic peptides. So I sat down, fragmented the compound structures "on paper" to see what theoretical fragments I would likely find in my spectra, and compared them with my experimental spectra. This was one of the most stupid and boring tasks I had ever done. And it took me more than 2 full days of work to annotate my two spectra. I mused that for such stupid work computers had been invented.

Of course I had searched for a software tool suitable for cyclic peptide tandem mass spectrum annotation. But I found only two tools that already could do this, and none of them was really suitable for my purpose. Among all the software tools I evaluated, mMass came closest to the tool I had in mind for my purpose, but it was not capable of handling cyclic peptides and had some other restrictions that made it unsuitable as it was. So—just to be prepared for the next time I had to do this task—I contacted the developer of the software, Martin Strohalm, and asked him if he was already planning to implement the features I needed. He had not planned this, but did like the idea to have them implemented. However, when we discussed the first steps, he was reluctant to accept the changes that would be needed to fully implement everything I needed.

mMass is open source, so I decided to—just for fun—study its code and try to tweak mMass to do what I wanted. mMass is mostly written in Python, so first of all I again had to sit down and learn this language. Luckily for me, at that time my Python-speaking brother-in-law lived at our place and could give me a good start and support if needed.

After many weeks of learning Python, studying the literature for cyclic peptide fragmentation pathways, adding and amending code, in the end the software did what I intended it to do.

I again contacted Martin Strohalm and showed him the results of my work. He did like the additions and agreed to include the features into the official mMass source. He of course—me being a novice programmer—needed to revise most of my code, and to correct bugs I had missed. Many, many emails later we were both satisfied with the novel mMass version, which was then released to the public.

The novel mMass version was superior to all other tools available for cyclic peptide tandem mass spectrum annotations, so I decided that it was also worthwhile to get the whole thing published in an academic journal, as well. Thus I wrote a manuscript and after some polishing by Martin and me, I submitted it to Analytical Chemistry. Why did I choose Analytical Chemistry? One of the two other tools capable of handling cyclic peptides had been published there, so I thought it would be a suitable place for publishing our superior tool.

Just as a side remark: this other, published, software is not open source, and the PI has not been willing to share the code. Well, our manuscript was rejected—one of the reviewers did not understand the purpose of the software, and the other one did not agree with some of the implemented features (funny, because the fragmentation pathways implemented were all taken from the peer-reviewed and published literature…). We amended the manuscript to make it more clear and resubmitted it to Analytical Chemistry. It again was rejected, and to be honest, I did not really understand the reviewers problems.

Anyways, I began wondering if Analytical Chemistry was the right place to publish the manuscript. After all, the software and the manuscript were the results of open source, so perhaps the paper should be published open access. Thus I chose PLoS ONE for the next submission. I have to say that the peer-review was as intense as the one at Analytical Chemistry—but this time we luckily had reviewers who understood the purpose of the software and its potential value. After a minor revision, the paper got published. I would like to use this opportunity to again thank the staff at PLoS ONE for the massive fee waiver. Without this waiver, we would not have been able to publish the manuscript open access.

I also presented a poster on mMass at the recent ICNPR 2012 in New York and received positive feedback.

Because mMass is open source, I could take it as a basis for my work, and together with the original author of the software, we were able to accomplish a great work for scientists dealing with cyclic peptides. For no costs at all for them. This is "open"!

And we even made a scientific publication and a poster out of it...

This was my first experience in the "open" field, and you will find that this is something I will blog about more in the future... 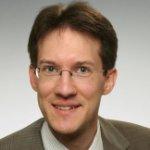 Timo is the Head of Natural Product Chemistry at Cyano Biotech GmbH in Berlin.
More about me