Bringing open source to the masses, one small, local conference at a time

Bringing open source to the masses, one small, local conference at a time 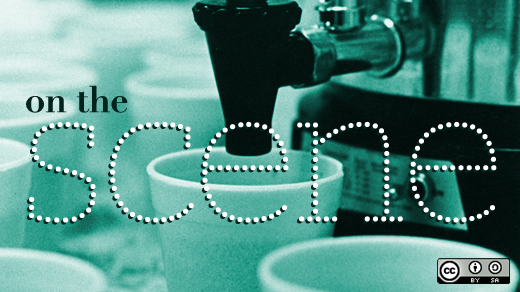 The folks who planned the RTP180 conference for Open source all the things a few weeks ago in North Carolina did so in an open source manner. Using Triangle Wiki—a local collection of information about the towns of and around Raleigh, Durham, and Chapel Hill that anyone can edit and add to—they posted info, found speakers, and coordinated the agenda. Then, they opened the event by bringing in "contributors" from the crowd to give the introduction.

Six attendees read from bits of paper they were given, adlibbing here and there, to introduce the topic for the evening's small, local conference: open source. Lots of laughter later, the mic was handed over to Will Hardison and Erin Monday, official hosts for the RTP180 events.

The show started as they welcomed nine speakers; each talked (for only five minutes!) about how they use open source in their lives and careers, to better themselves and the public. For an idea of what these short, lightning talks, on open source can cover to reach a broad range of folks, here are the ones from the recent Open source all the things RTP180 event.

Director of ibiblio, a contributor-run, digital library of public domain and creative commons media, administered by the Office of Information Technology Service of the Univeristy of NC at Chapel Hill.

Professor Jones presented examples of public and operating projects on ibiblio and asks people to contribute in order to:

Way back when, Professor Jones co-authored The Web Server Book, which included Linux software on a CD. Check out his interview with Slashdot. And, find out more about one of his favorite projects: Terasaur, a better bit torrent.

Principal Organizer of the Triangle Wiki, an open-content, open source effort to share local knowledge about the Research Triangle region of North Carolina.

Reid presented ways that the Triangle Wiki has helped solve real-world problems using local knowledge as open data. Since it's inception in March 2011, he asks: Are we making an impact?

Concluding that the initiative needs more awareness across the area, he shares they have launched a mobile version of the site and that a local marketing team has stepped in to help spread the word.

Our own Opensource.com community manager offered 10 ways to get started with open source (without writing any code) to an audience of many "open source newbies." Jason's presentation seemed to hit home with many folks in the audience jotting down notes and the host, Will Hardison, commenting afterward that as someone who claims to be a geek, he had not heard of most of these open source tools. Needless to say, he was eager to start downloading:

(these only name a few of the options out there)

This last one hit home, because such a big part of why small, local conferences like this one (RTP180) are important is because open source is a movement. There are a lot of people who don't know what open source is or what it has come to mean beyond technology and software. Let's continue to meet and share that.

Jason ended with a call to: Find your passion, find a project, and change the world the open source way.

Co-founder of Coursefork, a powerful new way to collaborate on education material.

Eric presented a short, yet meaningful history of how the education system we know now got started. Which, I appreciate. Sometimes it can be hard to really get behind something, especially a new way of thinking and doing things, if you don't know where we're coming from to begin with.

He showed how the student was coerced to do what the teacher wanted versus a give and take of information, learning, and teaching to better understand a subject. This 'Prussian Imperal model of educating' continued and led to the standardized education and testing we know today. To maintain this system, content is locked down and sold to educators for what amounts to a billion dollar industry. This closed process dulls educators who are pressured to teach in a manner that helps their students pass standardized tests but studies show their aptitude, their natural ability to do something, flatlines. Eric ends with a call to change the system to open, real education.

Training Coordinator and Bioinformatics Project Manager for NESCent—a joint operation between three universities in North Carolina funding research in evolutionary data—officially, the National Evolutionary Synthesis Center. Their goal is to support evolutionary science, and in order to that collaboration is key.

Scientists are not mining new data, they are bringing data together. They must really share their research, findings, ideas, and discoveries for their field of evolutionary science to flourish.

One thing she's done was hosting a Hackathon: five days of writing code, documentation, and growing a community. There were two major outcomes that continue to drive collaborative work and sharing at NESCent: a community mailing list (for users and developers) and 32 R packages for compartative biology.

NESCent also participates in the Google Summer of Code; they fund interns to work on open source projects (like, R packages). Next, the community she's growing will hack on: How do we build sustainable software?

COO at Open Data Solutions, Vincent teaches organizations how to share. In the world of unopen, people and behaviors are categorized without context. In the world of open, that data becomes powerful and useful. Vincent believes in creating services and software that connect the dots, the data, and thus help shared information between entities become relevant.

Senior Software Engineer using Apache Cordova on mobile for IBM, Carlos walked the audience through what was cool then: Linux/Unix, Apache, Eclipse. And, what is cool now: mobile, cloud, GitHub. He happily announced: open source is cool again!

Director of visualization and collaborative environments for RENCI, the Renissance Computing Institute, with centers at three research universities in North Carolina.

Ray believes in the power of open source software and the promise of open science. Quality software solutions help generate valuable (relevant) data that in turn support and grows the base of contributors to and users of that scientific knowledge.

The Polymath Project was a math problem worked and solved online in the open. More knowledge was gleaned for a greater audience to watch and be involved in the process, each person contributing bit by bit.

Likewise, scientific research benefits from the same approach. Ray points to research being done in water science at RENCI as well as their upcoming project, the Open Communtiy Engagement Process.

NC Datapalooza just wrapped up this year where Ian and his team won the cash prize for the best use of open data with their smartphone parking app.

...It's an event hosted by entrepreneurial groups HQ Raleigh and Forward Impact to connect local experts, innovators, and entrepreneurs to relevant, clean data drawn from federal, state, and local resources. In addition to the speakers and networking that you expect from most conferences, the event featured a competition for teams developing applications using open data.

Does your town or city do something like this?

The big conferences, like OSCON and Red Hat Summit, only to name a few, are great ways for open source folks who actively work in the field to learn more and network. But, it's the small, local meetups and discussions that work to really bring open source to the masses.

It's where people from different industries (healthcare, media, tech, education, and more) who do different things (writers, designers, educators, service providers, all kinds of project managers, etc.) come to learn about a different way of doing technology and business—the open source way. 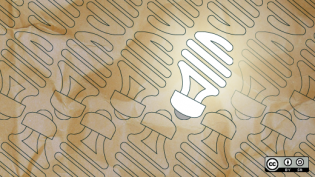 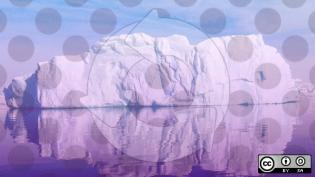 Here is the Triangle Wiki page that we used to plan everything in case anyone wants to see it. Pretty much all the speakers added their own bios to help build the page and organizers used it as a planning tool, for example, as a call for speakers.

<a href="https://docs.google.com/presentation/d/1nO3mwvH1OEp5TvWM5SlpuUDcLwuXXac2mfIpRgWR5x8/edit?usp=sharing">Slides (all 60 at about 3 secs per slide) are here</a>

Thanks for the good conference, good talks and good summary.

<a href="https://docs.google.com/presentation/d/1nO3mwvH1OEp5TvWM5SlpuUDcLwuXXac2mfIpRgWR5x8/embed?start=false&loop=false&delayms=3000">Adding link to my #rtp180 presentation and using my good olde school OpenSource.com id </a>

Great conference theme. I wish San Diego wasn't so far from Raleigh. I completely agree that local conferences like this one serve the open source community well. Huge thanks for the links to all the planning info and content. You rock!

Thanks for the link to the videos. Much appreciated :)