Kaitlin Thaney is the Director of Mozilla’s Science Lab and an open science advocate. Her work in this space began with John Wilbanks building the science wing of Creative Commons (formerly known as “Science Commons”). Their focus was on crafting the infrastructure, policy and advocacy for Open Access and sharing data on the web. She moved to Digital Science, where the focus was on tools and science software, but there was still a gap.

In her current role at Mozilla, she runs the Science Lab, an open science initiative of the Mozilla Foundation focused on innovation, best practices, and skills training for research. The program serves as a hub for the research ecosystem, working to build communities of practice through educational programs like Software Carpentry, as well as, show what open technologies can do to make research more like the web: open, collaborative, and accessible.

In this episode we touch on:

KaitlinThaney_OpenScience from ESIPFed on Vimeo. 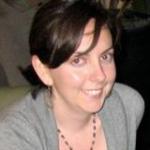 Erin Robinson | In November, 2010, Erin began working for the Foundation for Earth Science. She leverages her knowledge of environmental informatics, in particular collaborative web technologies to support the diverse communities of practice that make up the Federation for Earth Science Information Partners (ESIP).
More about me