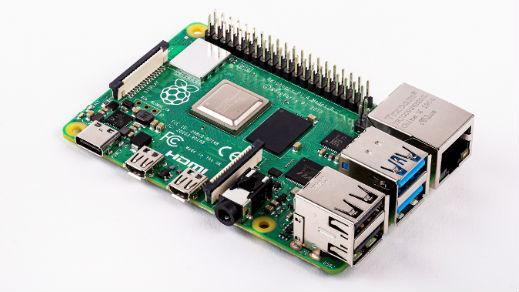 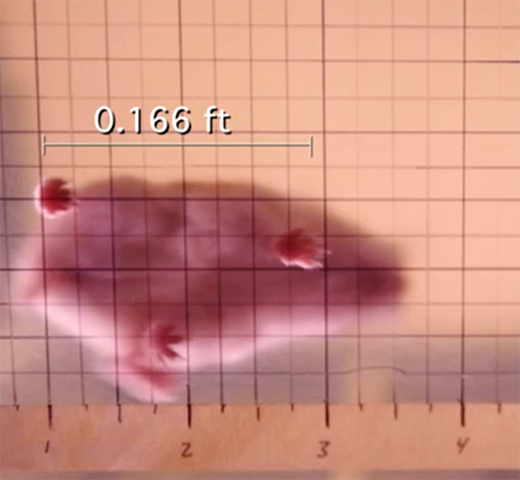 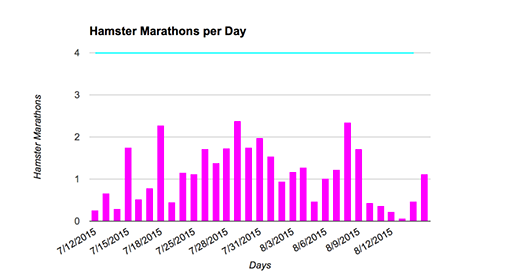 From what I see in the picture you may have measured the "wrong stride".
Shouldn't stride be the distance between two paired legs while walking and not , as you measured, the distant between the front and and the back ones?
Well, if I'm right, then the actual stride is probably about half your measurement and thus the 4 marathons may still be within your hamster-ladies grasp...

The value of 2.2ft (66cm in metric units) for a human stride looks like the distance between the location of one foot and that of the other foot, that is, half of your definition of stride.
I also guess that's the stride length when one is walking. When running, the stride is significantly longer.
Combining these two effects together, you're probably overestimating the number of strides in a marathon by a factor of three or four.

Seth Kenlon on 28 Oct 2015 Permalink
Strangely captivating article! Surely the next step can only be to power the Pi via the Hamster wheel (but possibly several additional hamsters, since yours are, apparently, sadly lazy).

This is the kind of article that makes me so happy Opensource.com exists. Awesome job, Michelle.

I know for things like this they often use body length as the comparator. That is, instead of stride length, they might use the ratio of the average height of a person to distance run in a marathon compared to the ratio of average length of the hamster to distance run. Of course for an animal with a significant tail, the tail would not be included, but hamsters don't really have a significant tail.

Since you apparently have multiple hamsters in the same cage, you don't know if they are both equally active or if only one is doing most of the work.
You could tag them with unique rfid chips and put an rfid reader near the wheel to be able to tell which hamster is currently using it,

It would have been super cool if you could have actually powered the Pi from the hamster wheel too!

If one hamster is fatter than the other, it is probable that it is slower too. Maybe she could tell the hamsters apart from the average rotation speed. Of course, it is less reliable, may mix up data if one hamster gets out and the other gets in quickly, which is probably happening now with the 5 second timer for stride end... but uses less material.

Lauren Egts on 03 Nov 2015 Permalink
This is a really cool article! I'd do this with my guinea pig except she only moves when bribed with food.