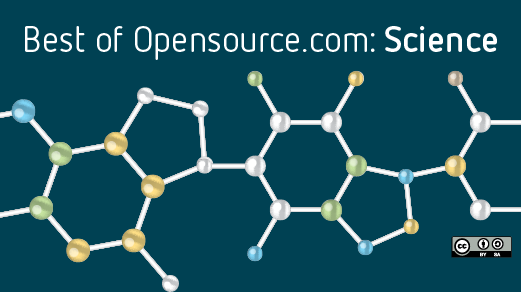 This year has been another great one for open science. At Opensource.com we published several great stories about open science projects that are changing the way we research, collaborate, and solve problems.

2015 saw an increased push from researchers and scientists worldwide to ensure open access to scientific literature, with calls to make data more accessible and attempts to address the sustainability of scientific software development. As we move into 2016, I hope to see more support for accountable and publicly funded research, as well as the wider dissemination of not only scientific literature, but data, methods, analyses, and software.

I predict that high on the list of many open science enthusiast's new year's resolutions will be the education of both established and future researchers on the importance of openness, licensing, sharing, and reproducibility.

What is open science?

Opensource.com published the What is open science? page, which was introduced by Bryan Behrenshausen in this article earlier this year.

The What is open access? page is another great way to learn about open practices that affect how we do science and the progress we make, and because preprints is a common method of accelerating the rate of communication in many fields, it was included. ArXiv is a popular preprint server that gives scientists a place to share their latest research before it is formally published. ArXiv hit one million submissions in January!

Opensource.com ran a series on open science in June of this year to highlight the importance and impact of researching, experimenting, collaborating, and publishing science in the open. A few highlights were:

Other great stories this year

The Mozilla Science Lab is focused on supporting open innovation in science, according to an interview with Abby Mayes prior to her talk at All Things Open.

RIO journal (Research, Ideas, Outcomes) takes on the ambitious goal to publish the research process from start to finish in the open.

What to read next
Tags
Science
Best of Opensource.com
Marcus D. Hanwell