5 most-read stories about open organizations over the past year

That's what we've published on Opensource.com in the past year, when we launched the Open Organization channel as a place for readers, writers, thinkers, and leaders to gather to discuss the future of work, management, and leadership. Today, as we celebrate our community's first anniversary, we revisit the five most-read pieces of the past 12 months.

5. The Tao of project management

Being a leader in an open organization often involves seeking inspiration from unlikely sources. Allison Matlack found hers in the 6th century BCE. In February, she wrote about the Tao Te Ching's practical purchase for project managers everywhere—and the article was a hit.

Here's one response to the stress of salary negotiation, the injustice of gender-based salary discrimination, and the intense demand for new talent: radical transparency. In March, I spoke with a representative from social media startup Buffer about the company's commitment to working in the open. Our conversation made for the fourth most popular piece of the year.

The nature of work is changing. That much is clear. But how do those changes affect one's ability to live and labor with dignity? Shaun Gillies explored that question earlier this year, in his analysis of "non-standard work structures." His suggestion—that open organizations offer the most viable model for inclusive and humane future workplaces—definitely resonated.

2. The rise of Red Hat and the open organization

One week after the publication of The Open Organization in June 2015, Jono Bacon published his reflection on an extensive conversation with author and Red Hat CEO Jim Whitehurst. It remains one of our most-read stories to date. Bacon's coverage is sweeping and its tone is, well, typically candid. "Cynics may argue that Whitehurst will tell me anything to shill his book," he wrote, "but I have spent the majority of my career working for similar organizations and working with execs in those organizations and my bullshit radar had barely a flicker on it."

1. What value do you bring to your company?

Sam Knuth's story about leading the Red Hat Customer Content Services team suggests that "managing" today has less to do with issuing orders and more to do with ensuring everyone can answer the piece's eponymous question. "I don't want to tell the 100 people who 'report up to me' what to do any more than they want to be told what to do," Knuth wrote in the year's most popular article. "Instead, I want their help figuring out how we can best use our capabilities to contribute to the company's goals."

Stuck in a loop: 4 signs anxiety may be affecting your work 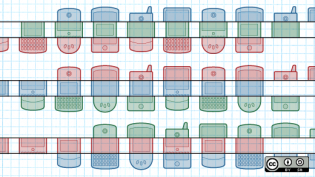 Communication superstars: A model for understanding your organization's approach to new technologies