What we (think we) know about meritocracies

Thinking more deliberately about organizational governance can help us make a better case for openness. 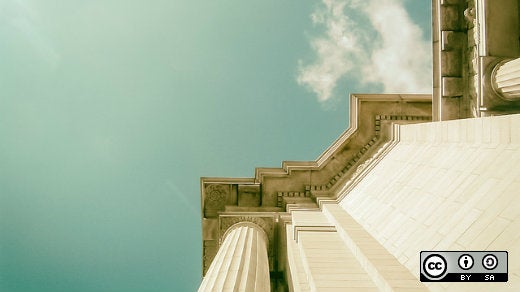 "Meritocracy," writes Christopher Hayes in his 2012 book Twilight of the Elites, "represents a rare point of consensus in our increasingly polarized politics. It undergirds our debates, but is never itself the subject of them, because belief in it is so widely shared." Meritocratic thinking, in other words, is prevalent today; thinking rigorously about meritocracy, however, is much more rare.

That kind of unspoken consensus—however tenuous and fraught in practice—makes tracing and tracking something called "meritocracy" all the more important. And indeed, interest in meritocracy as an explicit object of analysis and debate is intensifying, particularly in discussions examining open-style organizational designs and leadership practices. Publication of Brook Manville's latest essay, "A New Perspective on Meritocracy," offers the open organization community a crucial opportunity to reflect on what we (think we) know about the subject—and to devise the questions that will guide our investigations of a topic that desperately warrants our attention.

What does a meritocracy do?

"Today we frankly recognize that democracy can be no more than aspiration, and have rule not so much by the people as by the cleverest people; not an aristocracy of birth, not a plutocracy of wealth, but a true meritocracy of talent" (Michael Young, The Rise of the Meritocracy)

Meritocracy is a system of "governance" in the term's broadest sense. More than a formal scheme for rendering judgments (though it is this too), it is a mechanism for orchestrating actors' conduct, allocating resources, and, ultimately, for distributing power. In short, it's a system that organizes who can do what with which resources and in conjunction with whom. As Jen Kelchner wrote recently, taking organizational governance seriously means never succumbing to the misconception that it merely refers to the kinds of deliberate tactics managers use for making better choices. Governance operates on multiple levels, with implications for many aspects of organizational life.

Meritocracy, then, is a system of governance predicated on something one might call "merit." Like other "–ocacies," "meritocracy" names both a set of methods for doing things as well as a set of values that determine what can or should be done. It's both programmatically and culturally prescriptive. In this case, it establishes a formal and informal right to govern (that is, to regulate) that accrues to actors according to their demonstrated achievements—as opposed to something like government by fiat, or divine right, or popular vote. Brook describes meritocracy as a system that privileges "competitive excellence [...], the antithesis of privilege based on a candidate's birth, arbitrary position, or random luck." Actors invested in these systems routinely architect systems for ensuring this is the case to the greatest possible extent.

Meritocracy authorizes much, and can do so precisely because actors with divergent aims and goals can nevertheless locate in it feasible justification for their various positions.

Introduced into the vernacular through a piece of dystopian satire, the term has since managed to garner more positive connotations, particularly in some open source software communities and the open organizations that find inspiration in them—one result, perhaps, of the concept's having wound its way through early American hackerdom and the cyberutopian rhetoric that saturated programming culture in the late 1980s and early 1990s. It is not without its detractors. But in many cases, arguments over meritocracy pertain much more to particular deployments or instances of meritocracy (or, more commonly, meritocracy gone awry) than they do the warrant of meritocratic principles themselves (hence Hayes's assertion that meritocracy is both everywhere and nowhere in popular discourse). Meritocratic principles shape the linguistic and conceptual frames that tend to orient thought and action, but troubling those frames themselves is much more difficult.

One reason for this difficulty might be the fact that meritocratic imperatives sit so comfortably alongside each other in the court of common sense.

For example, take the seemingly contradictory meritocratic injunctions that "the best ideas should come from anywhere" (that "code talks," as the hackers say, that "skill matters most" and "the best solution should always win") and the sentiment that organizational actors with the longest demonstrated history of successful, meaningful contributions should have more "say" during decision-making processes. At issue here is a fascinating dynamic, one that helps explain meritocracy's broad purchase because it resonates so deeply across an ideological spectrum. Yes, some will say, of course ability and skill should trump other factors in determinations of excellence. Yes, others will say, of course those who've worked the hardest and made the largest contributions should have more influence. Even at its most sweeping, then, meritocracy functions multi-directionally, attaching itself to programs and initiatives that do all sorts of things in its name. Hayes explains it like this:

"From the right [meritocracy] draws its embrace of inequality [...] and from the left it draws its cosmopolitan ethos, a disregard for inheritance and old established order, a commitment to diversity and openness [...]."

Meritocracy authorizes much, and can do so precisely because actors with divergent aims and goals can nevertheless locate in it feasible justification for their various positions. Some of the best research on open source communities demonstrates this dynamic is germane to open source communities that explicitly embrace meritocratic ideals. In her anthropological study of hacker communities, Coding Freedom, Gabriella Coleman characterizes it as a tension between "elitism" and "populism." And in The Success of Open Source, political economist Steven Weber notes its implications for rethinking relationships between leaders and led, because it ascribes to the governed a certain responsibility for anointing leaders in a non-elected fashion—something more like "the continuous renewal of a contingent grant from the community."

And of course, meritocracy thus finds a home in the organizations that seek inspiration in those communities. Jim Whitehurst, in The Open Organization, explains the work of meritocracy this way:

"Everyone has an equal chance to be heard, but the meritocracy functions so that the collective helps empower and choose the leaders and influencers."

Every voice counts—but some voices count more than others. As a system of governance, meritocracy helps determine how that difference in ability gets meted out. To champions of open organizational practice and design, that system of governance is a guarantee of faster and better innovations. Elsewhere, Jim outlines three principles for a well-functioning meritocracy:

But exactly how do these principles interact, reinforce, or deflect one another? Who can attach a program to which of the principles? How does meritocracy "get done," and in the service of whom?

Those questions require much more work. And that work is ours to undertake.

Thankfully, Brook Manville's "A New Perspective on Meritocracy" begins that desperately needed work, exploring the ambiguities that both enliven "meritocracy" and make the concept so slippery.

I've been fortunate. When Brook decided to undertake this research direction several months ago, he graciously invited me to join the journey. Several interviews, many phone calls, and copious (winsome and speculative) email exchanges later, that journey is bearing the kind of fruit I'd been convinced it could as I observed Brook engage in some downright fascinating conversations.

Brook's analysis offers those interested in the question of meritocracy—and in organizational governance more generally—several key points of departure.

First, it does something refreshing: It temporarily brackets the question of whether meritocracy is "good" or "bad" in favor of simply understanding how it works. The fact of the matter (as Brook's extensive smattering of interview quotation demonstrates) is that "meritocracy" means different things to different people, and therefore functions differently in different contexts. The task at hand is understanding what "meritocracy" is doing (what it's enabling, what it's constraining) in one or more specific cases, because only then can we begin making effective value judgments about it.

Second, "A New Perspective on Meritocracy" offers resources for actually doing that. Brook advances more than a map for various meritocracies (though it does this, and helpfully). It gestures toward a model for mapping any system of organizational governance and better understanding the dimensions along which governance models can actually differ. How, for instance, are "strategy," "boundaries," "decision rights," and "culture" pieced together in, say, a democratic system of governance? In an autocratic one? A theocratic one? And what are the key differences between the nature of these connections and the nature of the connections that establish a meritocratic system? Brook's "Iron Triangle" offers a means of thinking through the question of organizational governance in a productively nuanced way.

And third, Brook provides a vocabulary for voicing some of meritocracy's animating tensions. In the case of the one I singled out above—between the notion that the best ideas should come from anywhere and the idea that actors with repeated demonstrable contributions and greater proficiencies or skills should have more sway because they've earned it—we can now see how two meritocratic maxims work in productive tension, and we can map those vectors on the Rectangle. Culturally speaking, meritocracies embrace and cherish the idea that good ideas can come from anyone anywhere; they vaunt it's crucial value and allow it to guide everyday thinking. With regard to decision-rights, however, the criteria for recognizing "good decisions" and the procedures by which they surface are the result of historically amassed influence that has become a kind of shared organizational wisdom.

Making these interventions will be difficult. But it will be impossible without concertedly attempting to understand the interplay of Brook's four dynamics, which fluctuate and recombine in innumerable ways to produce various systems of organizational governance. If you've read this far and still haven't seen his analysis, you should by all means read it now.

I'm sure you'll agree it has merit.

(With special thanks to Brook Manville)