What comes after Rock Star? | Opensource.com

What comes after Rock Star? 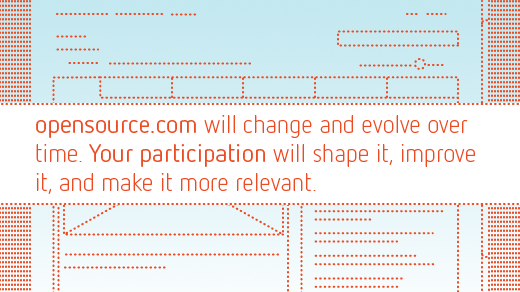 Earlier this year, we announced our launch of a points and badge system. Many of you are on the site daily, voting, rating, commenting, and earning points to show your activity. Over the next few weeks, we plan to wrap up the beta phase of this system. We will also start exploring a few enhancements that focus on point transparency and community recognition.

Many of you have asked for details on how your points are being earned (an audit trail) and for some type of points leaderboard. We think these are great ideas and are investigating how Drupal can provide this functionality. We want to be sure that we are making site enhancements that will positively impact our community members.

As of this posting, we have over 40 community members that have earned the Rock Star badge. Several of you are just a few points away. But what's next?

When the opensource.com team was brainstorming and making the first draft of the points and badge system, we wanted to make the Rock Star badge (technically a role in Drupal) into something you had to warm up your vocals for, yet keep it achievable. I think we're at the point we're we should consider what the next level is--and what we should call it.

Here's where you come in. Help us determine what life after a Rock Star is for opensource.com contributors. Shout out in the comments on the following questions:

Remember, our current badges are:

Really, this is a question?? Isn't it obvious??

Like it, but would non-Linux / tech folks get it?

There are non-tech/non-Linux folks reading a Red Hat website with the url opensource.com?
Perhaps I have sharply mis-judged the audience.

Yes indeed. Just like the new audiences we saw at POSSCON, this community service by Red Hat is trying to reach new audience to highlight how the open source way is applied beyond technology. That's why we have categories like Business, Government, Education, Health, etc.

True, we have roots in tech, but traditionally, the tech audience already "gets" open source. Hence the reason why we are reaching new audiences to share the great gift of open source and the open source way.

Like it but not sure i want to be logging in as root on a cached password :-)

How about open source sensei? http://en.wikipedia.org/wiki/Sensei

Or what about Guru?

The challenge with these labels is related to the "top 10" lists of people problem - they serve to demotivate more than they motivate. More argument on that in my blog post "<a href="http://iquaid.org/2009/11/11/calling-out-superrockstars-considered-harmful/">Calling out superrockstars considered harmful</a>", which I won't rehash in these comments.

For badges, what I've found helpful is when the badge actually signifies something of meaning, an actual metric. For example, I use an app on my Android phone that let's me track workouts, and it provides a badge of my calories-burned-this-week in the status bar. I find that badge and number highly motivating - it's real feedback with real meaning, and provides me incentive to move that number every time I can.

When I see labels such as "rock star", they not only have no meaning, they are rather obtuse. Is "rock star" better or worse than "newbie"? (Depends on the context!) I need to have a fairly good understanding of English-language idioms to make that call. For the other suggestions in these comments, how do you instantly <emphasis>know</emphasis> that those are a higher value in this system than "rock star"?

I suggest we head in a new direction. Try to find what we are actually tracking, which I believe is (roughly), "How much do you participate in this forum + what do others think about what you have to say." Then let's think of ways to show those levels.

Accumulated points come to mind. Having the point levels have different colors is a nice way to quickly see when you rise or drop.

Collections of fruit or stuffed animals that clearly build up? For example, one apple, three apples, five apples, a bushel of apples, two bushels, three bushels, a truckload of apples, two truckloads, etc. With such a system you can quickly see that someone who has a truckload of apples has gone through a lot of levels to get there, yet there isn't any socially inherent value of "number of apples you have obtained" compared to "you are a rock star, but she is a superrock star, you lose."

What are some other ways to show this accumulated social worth in a style that motivates everyone?

The badges do specify a metric, which makes them completely different from a subjective top 10 list, which obviously will leave out everyone but ten people.

Specific numbers of points are earned for specific activities related to participation on the site, and when specified points levels are reached, badges are awarded. So... I think what you're suggesting as an alternative is actually what we already do.

The current system requires a legend to keep track of the relative values of badges. That's a bit more than straight counting.

The current system uses labels that have contextual meaning in the wider society that imply an increasing social value. Those who are 'newbie' are less than 'rock star', and a 'guru' etc. implies even more - those who are enlightened versus those who are just famous for skill or stuck as stupid new people.

My emotional thinking is that these types of labels are somewhere on a spectrum that includes top-ten lists because of the way they single some people out with Special Meaning over many, many other people ... especially where the metrics behind the Special Meaning are not as meaningful as the label. (A Newbie may have five brilliant comments to a Rock Star's five hundred dull comments; anyone who knows the difference can see the Newbie being slighted.)

There are labels used here that make great sense from a collaborative viewpoint. It's helpful to know who has administrative or authoring privileges on the system. That's a badge that shows achievement but is courteous to others and their feelings of inclusion/exclusion. It also shows a <a href="http://bit.ly/TOSWOpentheClique">clear way for outsiders to engage and join the insiders</a>.

Some labels I am split about, such as the type of badge that indicates an exclusive club I may never be able to achieve, such as founding member. I think I'd leave that information to a biography page where it serves as a courtesy to others learning about and working with the community, and isn't a big gold medallion you wear around your neck all the time.

Back to my suggestion to consider bundled fruit units as inspiration, I notice that games use similar as a tracking and incentive strategy. In a game, I care less if I am a rogue, cutthroat, or master thief, and care more how much gold and experience points I've accumulated.

Personally, I've never ran away from a simple track-of-my-participation-metrics system, but I have left online, open source communities that focused on who got guru rank and what prizes they now have a chance at. It all felt anti-social and just made me uncomfortable, so I stopped hanging around.