Stumbling into Linux and open source from Vietnam to Amsterdam

Stumbling into Linux and open source from Vietnam to Amsterdam 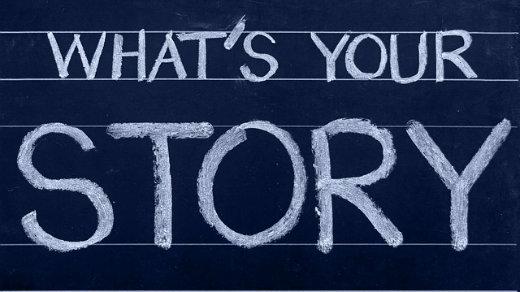 Since the beginning of time... no, really, just the beginning of Opensource.com in 2010, our writers have shared personal stories of how they got into open source or Linux (many times both).

Some had friends in school remark "You don't know Linux? What's going on with you, dude?" Some came in through the gateway of gaming, and others were simply looking for alternatives.

When I came on the scene in 2012 as a newcomer to open source and Linux, I saw these stories as pure gold. They get to the heart of why people are so passionate about it and why they love talking about it with other people who "get it." Now I'm one of those people, too.

More Linux resources
A few weeks ago I asked our writer community for short versions of their stories. Some of those turned into longer form articles, and we'll be publishing them soon.

You can read all of the stories we've collected so far here: My Open Source Story and My Linux Story.

5 personal stories about getting into open source or Linux

It was 1990. I was in 9th grade and living in Vietnam at the time and never had access to a computer before. One day my mother returned from a trip and gave me a book titled "How to program with Turbo Pascal." I was delighted because everything I read in that book just made a lot of sense. I started to write code on paper until one summer when the local university opened up a computer lab where anyone could rent a computer by the hour. For the next several weeks I spent all my allowances on computer rental at the lab trying to write the classic Pong game in Pascal.

Shortly after that I moved to Austin, Texas and took up computer programming courses in high school, and then at the community college. I needed a computer for school, so I decided to build my own PC. A family friend helped me install Linux. That brief exposure eventually caught a hiring manager's attention, and I got an IBM internship the following summer. — Viet Nguyen

Back in the good old days around 2003/2004, in my early twenties, I was just a casual user. Broadband connections and flat rates have just become popular apart from the early adopters, and so communication around the globe all of a sudden became possible for everyone. During those early days, the idea of a free office suite tempted me, and so it finally made its way onto my hard disk. By coincidence, I subscribed to the project’s mailing list. My curiosity was much larger than my understanding of things, but luckily that didn’t keep me from getting involved with OpenOffice. — Florian Effenberger

I stumbled into open source by accident while I was attending University. I didn't even realize what open source software was at the time. What I was using was just part of my daily toolset: Bash instead of the default Unix shell, screen to provide virtual terminals on our VT220 displays, and GCC instead of CC to compile our code. — Steven Ellis

I'm a Global Technology Evangelist Director working for Red Hat in the Portfolio Product Marketing group. I have a secondary focus on Portfolio Architectures where I research customer successes in solution implementation using our open source technologies, then produce generic higher level architectural content so that others may benefit from these real-life experiences.

While that all sounds kind of heavy, it all started innocently enough, with my studies on the Vrije University in Amsterdam, Netherlands where Andrew Tanenbaum was teaching networking and operating systems. Most in our business know that he developed Minix, as a teaching tool, and got into a bit of a flame war with Linus Torvalds when Linux first hit the scene. While doing practical programming exercises for my operating systems course, it was not possible to install Minix at home, so that led me to Linux on my laptop for the first time. This was back in 1998. From there it just became eye-opening that you didn't have to encounter problems you could not troubleshoot as there were always logs to dig into and more information to discover. The code was available for exploration and fixes could be applied. I was hooked. — Eric Schabell

With a background in electronic engineering, I moved to IT at exactly January 1, 2000. Just before that, I experienced the beginning of the internet, with dial-up modems, bulletin boards, and the first websites and search engines. As someone with a technology background, I really wanted to understand everything behind the internet and websites. This is where my story in open source starts. — Robin Muilwijk

Share your story with us in the comments or submit a full-length tale to our editorial team!