DevSecOps pipelines and tools: What you need to know

DevOps is well-understood in the IT world by now, but it's not flawless. Imagine you have implemented all of the DevOps engineering practices in modern application delivery for a project. You've reached the end of the development pipeline—but a penetration testing team (internal or external) has detected a security flaw and come up with a report. Now you have to re-initiate all of your processes and ask developers to fix the flaw.

This is not terribly tedious in a DevOps-based software development lifecycle (SDLC) system—but it does consume time and affects the delivery schedule. If security were integrated from the start of the SDLC, you might have tracked down the glitch and eliminated it on the go. But pushing security to the end of the development pipeline, as in the above scenario, leads to a longer development lifecycle.

This is the reason for introducing DevSecOps, which consolidates the overall software delivery cycle in an automated way.

In modern DevOps methodologies, where containers are widely used by organizations to host applications, we see greater use of Kubernetes and Istio. However, these tools have their own vulnerabilities. For example, the Cloud Native Computing Foundation (CNCF) recently completed a Kubernetes security audit that identified several issues. All tools used in the DevOps pipeline need to undergo security checks while running in the pipeline, and DevSecOps pushes admins to monitor the tools' repositories for upgrades and patches.

Like DevOps, DevSecOps is a mindset or a culture that developers and IT operations teams follow while developing and deploying software applications. It integrates active and automated security audits and penetration testing into agile application development.

To utilize DevSecOps, you need to:

DevOps has always been about including security—as well as quality assurance (QA), database administration, and everyone else—in the dev and release process. However, DevSecOps is an evolution of that process to ensure security is never forgotten as an essential part of the process.

There are different stages in a typical DevOps pipeline; a typical SDLC process includes phases like Plan, Code, Build, Test, Release, and Deploy. In DevSecOps, specific security checks are applied in each phase.

Tools are available for every phase of the SDLC. Some are commercial products, but most are open source. In my next article, I will talk more about the tools to use in different stages of the pipeline.

DevSecOps will play a more crucial role as we continue to see an increase in the complexity of enterprise security threats built on modern IT infrastructure. However, the DevSecOps pipeline will need to improve over time, rather than simply relying on implementing all security changes simultaneously. This will eliminate the possibility of backtracking or the failure of application delivery.

Breaking down silos and becoming a champion for security will help you, your career, and your organization.

Separating our DevSecOps approach into layers strikes the right balance between the demand for strong security and the desire to move fast and deploy often. 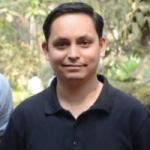 Digital Strategist at Calsoft Inc. Sagar Nangare is technology blogger, focusing on data center technologies (Networking, Telecom, Cloud, Storage) and emerging domains like Edge Computing, IoT, Machine Learning, AI). He is currently serving Calsoft Inc. as Digital Strategist. He is based in Pune.
More about me