11 surprising ways you use Linux every day | Opensource.com 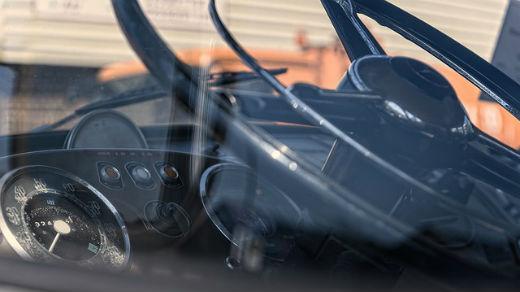 More Linux resources
If you own a smartwatch, it’s likely running Linux. School systems throughout the world have been implementing one-to-one systems where each child is provided their own laptop. A rapidly increasing number of those institutions outfit their students with a Chromebook. These lightweight laptops use Chrome OS, which is based on Linux.

Ready to dive in and learn Linux? Try these 10 ways to get started.
Seth Kenlon (Red Hat)

The definition of who is a "Linux user" has grown to be a bigger tent, and it's a great change.
Anderson Silva (Red Hat)

The ticket and train pass top up machines at stations around Auckland run on Ubuntu.

That's interesting. I hadn't seen anything like that yet. But, a quick oil change vendor that I have used has a point of sale that runs Ubuntu.

Apple uses FreeBSD which is NOT Linux. Huge difference in operation and the kernel as well.

MacOS and iOS are based on FreeBSD but iCloud is another matter. Refer to https://www.cnbc.com/2018/02/26/apple-confirms-it-uses-google-cloud-for-...

FreeBSD and Linux both use the cores of Unix. FreeBSD and Linux and Unix share about 80-90% of the same or extremely similar source code and libraries. Anyone how thinks that the three operating systems are not completely FUNCTIONAL clones of each other have never used a command-line interface EVER, or have never gotten down to writing scripts... and truly have NO idea what is below a shell.
SO sorry to disappoint, but shells (which run just above the OS) basically male the OS feel equivalent on FreeBSD, Linux & Unix. Sh, BASH, csh, and the other shell interpreters that run on the 3 operating systems make the three OSs completely identical for MOST programmers/scripters.dy,

Thanks, I could not answer better to the comments posted earlier about FreeBSD.

Almost all casino gaming machines run on customized versions of Linux. I already knew about most that were listed.

I just want to point out that Nextcloud is not a microblogging platform, the comment between curved brackets applies only to Mastodon and GNU Social

Thanks for sharing that.

The Social plugin for Nextcloud (https://apps.nextcloud.com/apps/social) puts Nextcloud into the Fediverse. I use it when away from my usual Mastodon app.

This is a great article! I discover Linux in all sorts of places all the time.