A beginner's guide to everything DevOps 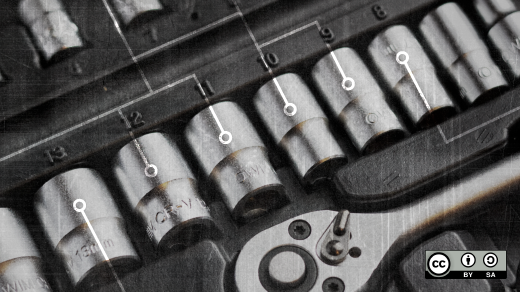 A great deal has happened since DevOps became a common term in the IT world. With so much of the ecosystem being open source, it's important to review why it started and what it means to IT careers.

While there is no single definition, I consider DevOps to be a process framework that ensures collaboration between development and operations teams to deploy code to production environments faster in a repeatable and automated way. We will spend the rest of this article unpacking that statement.

The word "DevOps" is an amalgamation of the words "development" and "operations." DevOps helps increase the speed of delivering applications and services. It allows organizations to serve their customers efficiently and become more competitive in the market. In simple terms, DevOps is an alignment between development and IT operations with better communication and collaboration.

DevOps assumes a culture where collaboration among the development, operations, and business teams is considered a critical aspect of the journey. It's not solely about the tools, as DevOps in an organization creates continuous value for customers. Tools are one of its pillars, alongside people and processes. DevOps increases organizations' capability to deliver high-quality solutions at a swift pace. It automates all processes, from build to deployment, of an application or a product.

The DevOps discussion centers around the relationship between developers, the individuals who write software for a living, and operators, those responsible for maintaining that software.

Challenges for the development team

Developers are typically enthusiastic and willing to adopt new approaches and technologies to solve organizations' problems. However, they do face challenges, such as:

Challenges for the operations team

Operators are historically focused on the stability and reliability of IT services. The operations team is, therefore, concerned about making changes to resources, technologies, or approaches as they look for stability. Their challenges include:

How DevOps addresses the dev and ops challenges

Instead of releasing a large number of application features at once, companies are trying to see if they can roll out a small number of features to their customers through a series of release iterations. This has several advantages, like better software quality, quicker feedback from customers, etc. These, in turn, ensure high customer satisfaction. To achieve these objectives, companies are required to:

DevOps fulfills all these objectives and helps achieve seamless delivery. Organizations adopt DevOps to achieve levels of performance that were unthinkable even a few years ago. They are doing tens, hundreds, or even thousands of deployments per day while delivering world-class reliability, stability, and security. (Read more about batch sizes and the impact on software delivery.)

DevOps attempts to address a variety of problems that result from predecessor methodologies, including:

DevOps vs. agile vs. traditional IT

DevOps is often discussed in relation to other IT practices, notably agile and waterfall IT.

Agile is a set of principles, values, and methods for producing software. For example, if you have an idea that you want to convert into software, you can leverage agile principles and values. But that software might only work in the development or test environment. You need a way to quickly and repeatably transfer the software into the production environment in a simple and safe way, and the way is through DevOps tools and techniques. Agile software development methodology focuses on development processes, but DevOps is responsible for development and deployment—in the safest and most reliable way.

Comparing the traditional software waterfall model with DevOps is a good way to understand the benefits DevOps provides. The following example assumes the application is scheduled to go live in four weeks, coding is 85% complete, the application is a fresh launch, and the process of procuring the servers to ship the code has just been initiated.

Continuous planning leverages lean principles in order to start smaller by identifying the resources and outcomes needed to test the business value or vision, adapt continually, measure progress, learn from the customers' needs, shift direction as needed with agility, and update the business plan.

The collaborative development process enables collaboration between business, development, and test teams that are spread across different time zones to deliver quality software continuously. This includes multiplatform development, support for polyglot programming, creation of user stories, elaboration of ideas, and lifecycle management. Collaborative development includes the process and practice of continuous integration, which promotes frequent code integrations and automatic builds. By integrating application code frequently, integration issues are identified earlier in the lifecycle (when they are easier to fix), and the overall integration effort is reduced via continuous feedback because the project shows continuous and demonstrable progress.

Continuous testing reduces the testing cost while helping the development teams balance speed and quality. It also eliminates testing bottlenecks through virtualized services and simplifies the creation of virtualized test environments that can be easily shared, deployed, and updated as systems change. These capabilities reduce the cost of provisioning and maintaining test environments and shorten test-cycle times by allowing integration testing early in the lifecycle.

Automation plays a key role in ensuring the software is released repeatably and reliably. One critical objective is to take manual processes like build, regression, deployment, and infrastructure provisioning and automate them. This requires version control for source code; test and deployment scripts; infrastructure and application configuration data; and the libraries and packages the application depends on. The ability to query the state of all environments is another important factor.

Continuous monitoring ensures enterprise-grade reporting capabilities that help development teams understand the availability and performance of applications in the production landscape, even before they are deployed to production. The early feedback provided by continuous monitoring is critical for lowering the cost of errors and for steering projects in the right direction. This practice often includes observability tools, which tend to expose metrics related to application performance.

Continuous feedback and optimization provide visual evidence for analyzing customer journeys and pinpointing pain areas. Feedback can be enabled for both pre- and post-production phases to maximize value and ensure that even more transactions are successfully completed. This provides immediate visibility into the root cause of customer struggles that affect behavior and impact business.

DevOps can facilitate a collaborative environment where developers and operators work as a team toward common ends. A major milestone in this process is the implementation of continuous integration and continuous delivery (CI/CD). This enables teams to launch software to the market faster with fewer errors.

Important benefits of DevOps are:

DevOps adoption has produced several principles that have evolved (and are still evolving). Most solution providers have developed their own variants. All these principles take a holistic approach to DevOps, and organizations of all sizes can adopt them.

Develop and test against a production-like environment

The objective is to allow the development and quality assurance (QA) teams to develop and test against systems that behave like production systems, so they can see how the application behaves and performs well before it is ready for deployment.

This principle allows the development and operations teams to support an agile software development process throughout the lifecycle. Automation is critical to creating processes that are iterative, reliable, and repeatable. Hence, the organization must create a delivery pipeline that enables continuous, automated deployment and testing. Frequent deployments also allow teams to test the deployment processes, thereby lowering the risk of deployment failures during actual releases.

Organizations are good at monitoring applications in production because they have tools that capture metrics and key performance indicators (KPIs) in real time. This principle moves monitoring to early in the lifecycle, ensuring that automated testing monitors functional and nonfunctional attributes of the application early in the process. Whenever an application is tested and deployed, quality metrics should be captured and analyzed. Monitoring tools provide early warning about operational and quality issues in the landscape that may occur in production. These metrics should be gathered in a format that all business stakeholders can understand and articulate.

One objective of DevOps processes is to enable organizations to react and make changes more rapidly. In software delivery, this goal requires an organization to get early feedback and then learn rapidly from every action it takes. This principle calls for organizations to create communication channels that allow stakeholders to access and act on feedback. Development may act by adjusting its project plans or priorities. Production may act by enhancing production environments.

* Operating is best numbered as the final step for Operations teams, but its tooling overlaps with release and deploy lifecycle stages. It was moved for ease of readability.

DevOps is an increasingly popular methodology that aims to connect developers and operators into a cohesive unit. It's uniquely differentiated from traditional IT operations and complements (but is not the same as) agile.

Would you consider your IT department to be DevOps adopters? Please tell your story in the comments.

This article is an adaptation of DevOps Tools & Frameworks: Everything You Need To Know. It has been republished with permission.

If you're new to DevOps, check out this five-step process for building your first pipeline. 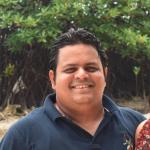