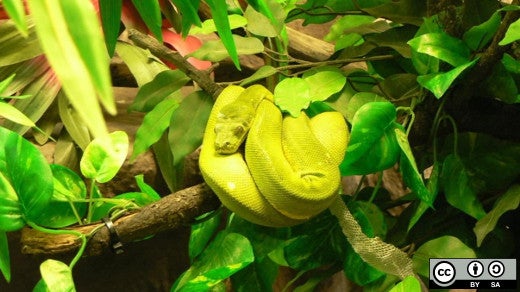 One way to make Python applications installable on Debian-based operating systems (such as Debian or Elementary OS) is by using the dh_virtualenv tool. It builds a .deb package that wraps a Python virtual environment around an application and deploys it upon installing.

In this article, I will explain how to use it with the example of building a package containing the HTTPie tool to test HTTP APIs from the command line without having to activate a virtual environment.

First, you need to install the tools that dh_virtualenv needs. dh_virtualenv's documentation provides all of the installation options. On my Debian-based system, I entered:

While the devscripts package is not required, it will simplify doing the subsequent operations.

Now, create a directory to keep the sources. Since this is a local, unofficial, packaging of HTTPie, I called it myhttp. Next, let's create some files inside myhttp to provide metadata to the Debian build system.

So what is all this information about? As the Debian documentation puts it:

Then create the debian/compat file, which exists mostly for historical purposes:

Next, create the changelog to tell package users what has changed since the last release. The easiest way is to use dch --create to create a template and then fill in the values.

Now you need to tell the tool to install HTTPie, but which version?

Create a requirements.in file that has loose versions:

In general, the loose requirements file will only contain direct dependencies of your project and will specify minimum versions if needed. It is not always necessary to specify the minimum versions: the tools are usually biased towards tightening the dependencies towards "latest version possible". In the case where your Debian package corresponds to one internal Python package, a common case in internal applications, the loose requirements file will look similar: just one line with the name of the package.

Then use pip-compile (which is available by installing the PyPI package pip-tools):

This will produce a strict dependency file called requirements.txt:

Finally, write a debian/rules file for creating the package. Since dh_virtualenv does all the hard work, the rules file is simple:

Be sure to specify the Python interpreter. By default, it will use the interpreter in /usr/bin/python, which is Python 2, but you should use a supported version of Python.

The writing is finished; all that's left is to build the package:

This will produce a file in the parent directory with a name like myhttp_2.0.0-1_amd64.deb. This file can be installed on any compatible operating system.

In general, it's best to build Debian packages that are intended for a specific platform, such as Debian 10.0, on the same platform.

You can store this Debian package in a repository and install it on all relevant systems with, for example, Ansible.