Get started with batch files in FreeDOS

Batch files are a great way to write your own simple programs and automate tasks that normally require lots of typing.

On Linux, it's common to create shell scripts to automate repetitive tasks. Similarly, on FreeDOS, the open source implementation of old DOS operating systems, you can create a batch file containing several FreeDOS commands. Then you can run your batch file to execute each command in order.

Virtually all internal and external FreeDOS commands can be used in a batch file. When you create a batch file, you are essentially writing a program. FreeDOS batch files may not have the power of a structured programming language, but they can be very handy for quick but repetitive tasks.

The No. 1 good habit for any programmer to learn is to put comments in a program to explain what the code is doing. This is a very good thing to do, but you need to be careful not to fool the operating system into executing your comments. The way to avoid this is to place REM (short for "remark") at the beginning of a comment line.

FreeDOS ignores lines starting with REM. But anyone who looks at the source code (the text you've written in your batch file) can read your comments and understand what it's doing. This is also a way to temporarily disable a command without deleting it. Just open your batch file for editing, place REM at the beginning of the line you want to disable, and save it. When you want to re-enable that command, just open the file for editing and remove REM. This technique is sometimes referred to as "commenting out" a command.

Before you start writing your own batch files, I suggest creating a temporary directory in FreeDOS. This can be a safe space for you to play around with batch files without accidentally deleting, moving, or renaming important system files or directories. On FreeDOS, you create a directory with the MD command:

The ECHO FreeDOS command controls what is shown on the screen when you run a batch file. For instance, here is a simple one-line batch file:

If you create this file and run it, you will see the sentence displayed on the screen. The quickest way to do this is from the command line: Use the COPY command to take the input from your keyboard (CON) and place it into the file TEST1.BAT. Then press Ctrl+Z to stop the copy process, and press Return or Enter on your keyboard to return to a prompt.

Try creating this file as TEST1.BAT in your temporary directory, and then run it:

This can be useful when you want to display a piece of text. For instance, you might see a message on your screen telling you to wait while a program finishes its task, or in a networked environment, you might see a login message.

The way to get a blank line is to use a + sign immediately after ECHO:

A variable is a holding place for information you need your batch file to remember temporarily. This is a vital function of programming because you don't always know what data you want your batch file to use. Here's a simple example to demonstrate.

Variables are signified by the use of the percentage symbol followed by a number, so this batch file creates a BACKUPS subdirectory in your current directory and then copies a variable %1 into a BACKUPS folder. What is this variable? That's up to you to decide when you run the batch file:

Variables are positional. The variable %1 is the first argument you provide to your command, while %2 is the second, and so on. Suppose you create a batch file to list the contents of a directory:

That works as expected. But this fails:

If you try that, you get the listing of the first argument (C:\HOME) but not of the second (C:\DOCS). This is because your batch file is only looking for one variable (%1), and besides, the DIR command can take only one directory.

Also, you don't really need to specify a batch file's extension when you run it—unless you are unlucky enough to pick a name for the batch file that matches one of the FreeDOS external commands or something similar. When FreeDOS executes commands, it goes in the following order:

OK, now rewrite the TEST4.BAT file to use a command that takes two arguments so that you can see how this works. First, create a simple text file called FILE1.TXT using the EDIT application. Put a sentence of some kind inside (e.g., "Hello world"), and save the file in your TEMP working directory.

Next, use EDIT to change your TEST4.BAT file:

Save it, then execute the command:

Upon running your batch file, you see a directory listing of your TEMP directory. Among the files listed, you have FILE1.TXT and FILE2.TXT, which were created by your batch file.

Another feature of batch files is that they can be "nested," meaning that one batch file can be called and run inside another batch file. To see how this works, start with a simple pair of batch files.

The first file is called NBATCH1.BAT:

Create both of these files using EDIT, and save them in your TEMP subdirectory. Run NBATCH1.BAT to see what happens:

Your second batch file was executed from within the first by the CALL command, which provided the string "from FreeDOS" in the middle of your "Hello world" message.

Batch files are a great way to write your own simple programs and automate tasks that normally require lots of typing. The more you use FreeDOS, the more familiar you'll become with its commands, and once you know the commands, it's just a matter of listing them in a batch file to make your FreeDOS system make your life easier. Give it a try!

Some of the information in this article was previously published in DOS lesson 15: Introduction to batch files and DOS lesson 17: Batch file variables; nested batch files (both CC BY-SA 4.0).

Set your path in FreeDOS

Learn about your FreeDOS path, how to set it, and how to use it.

Master the DIR command to navigate your way around FreeDOS.

Learn how to create, edit, and name files in FreeDOS.

FreeDOS commands you need to know

Learn how to make, remove, copy, and do other things with directories and files in FreeDOS. 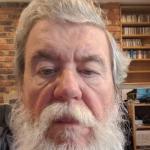