Manage your personal budget with this open source application 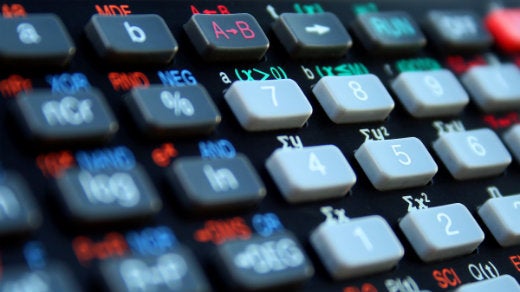 Terminal Finances is a free and open source application that helps you control your personal accounts easily and simply. It's available for Linux and Windows.

You can install Terminal Finances on any Linux distribution through an AppImage). Just download it from the GitHub repository, give execution permission, and run it:

You can also use app-get:

If you prefer to build the software on your machine, you first need to install the following dependencies:

On Ubuntu, Linux Mint, Debian, and its derivatives, enter:

Then clone the repository and compile it:

Terminal Finances is very intuitive, as the following screenshots and some additional configuration and customization tools illustrate.

The initial screen has links, shortcut tips, and information about its development. 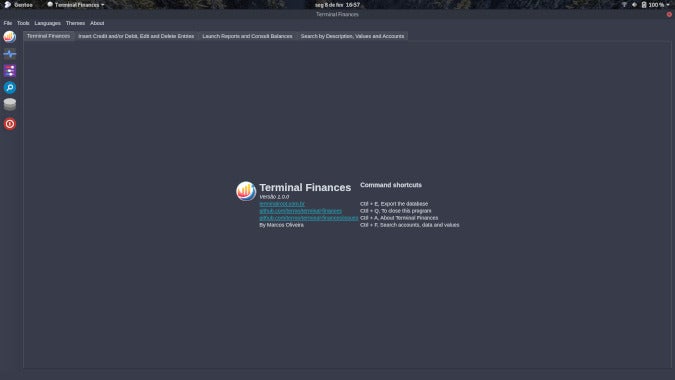 To insert credit or debit accounts or edit or delete entries, click on the Insert Credit and/or Debit, Edit, and Delete Entries tab. 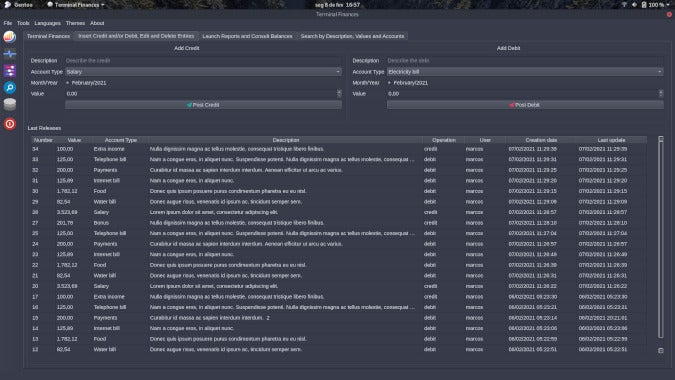 If you want to edit or delete an entry, double-click on it.

To generate reports, send a report by email, or print or save to PDF, use the Launch Reports and Consult Balances tab. 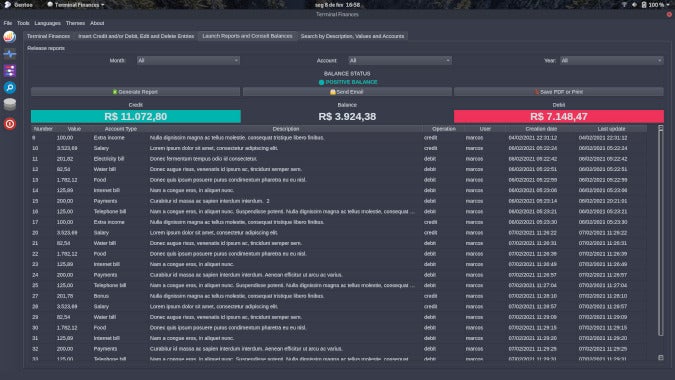 To search for specific entries, use the Search by Description, Values, and Accounts tab. The system identifies your system's language (on Linux only); if you want to change the default language, access the Menu Bar in Languages and choose the language you want. Three languages are available: English, Spanish, and Brazilian Portuguese. 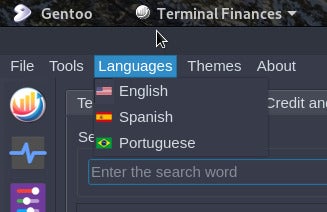 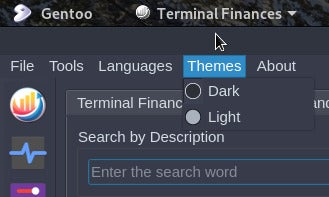 This is the default theme displayed when you run Terminal Finances; unless you change the settings, they are saved even if you close the program.

By default, Terminal Finances displays currency in Brazilian real, but you can change this in the configuration file currency. For example, to assign your country's currency symbol to euros, enter:

Back up and restore a database

If you want to back up your database, click on the icon shown below and choose the export location: 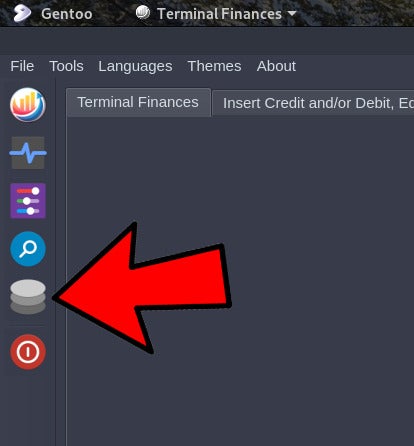 Then use the command:

This routine allows the user to decide to overwrite the file explicitly and with consent.

In Windows, the database will be in the location where you installed the application (if you use the installer's default folder, it would be: C:\Users\[YOUR_USER]\TerminalFinances\terminalfinances.db). Remove the existing database, copy your backup into that directory, and rename it terminalfinances.db.

To remove Terminal Finances, follow the relevant instructions below.

I recorded a video that goes through all the resources described in this article. It's in Brazilian Portuguese, but you can use subtitles to translate it into your language.

Terminal Finances is licensed under the GNU GPL v3.0. Please report problems or suggest new features by filing an issue in the GitHub repository.

This originally appeared on TerminalRoot.com and is republished with permission.

Manage your budget on Linux with this open source finance tool

How to use HomeBank for your open source alternative to Quicken

Get control of your finances with HomeBank without breaking the bank.

3 open source tools for sticking to a budget

Find the right solution for you in this roundup of open source budgeting tools. Plus, learn about an open source tax preparation software. 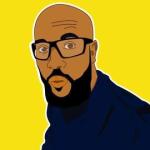 I am graduated in Accounting Sciences and Post graduated in Information Systems. I have some Linux certifications. I have over 20 years of experience in the Technology area and am a big enthusiast of GNU/Linux, BSD, C++ and Shell Script. The mind behind the https://terminalroot.com.br/
More about me