Get the basics of the Open Systems Interconnection (OSI) framework for conceptualizing communication within a computer system.

The Open Systems Interconnection (OSI) model is a standard for how computers, servers, and people communicate within a system. It was the first standard model for network communications and was adopted in the early 1980s by all major computer and telecommunications companies.

The OSI model provides a universal language for describing networks and thinking about them in discrete chunks, or layers.

Layers of the OSI model

The model describes the seven layers through which computer systems communicate over a network.

Each of these layers has its own way of working, with its own set of protocols that distinguish it from the others. This article provides a breakdown of the layers one by one.

The application layer is implemented in software. It is the layer used to interact with applications.

The presentation layer provides abstraction and assumes that the layers following it will take care of the data forwarded to them from this layer. It also plays a role in compression of the data. The compression can be lossy or lossless, depending on various factors beyond this article's scope.

The session layer helps in setting up and managing connections. The main work of this layer is to establish a session. For example, on an online shopping site, a session is created between your computer and the site's server.

The session layer enables the sending and receiving of data, followed by the termination of connected sessions. Authentication is done before a session is established, followed by authorization. Like the previous layers, the session layer also assumes that, after its work is done, the data will be correctly handled by the subsequent layers.

The transport layer manages data transportation and its own set of protocols for how data will be transferred. The data received here from the session layer is divided into smaller data units called segments. This process is known as segmentation. Every segment contains the source's and destination's port numbers and a sequence number. Port numbers identify the application on which the data needs to be sent. Note that the data is transferred in chunks. The sequence numbers are used to reassemble the segments in the correct order.

The transport layer takes care of the flow control, or the amount of data transferred at a given time. It also accounts for error control, such as data loss, data corruption, and so on. It makes use of an error-detecting value known as a checksum. The transport layer adds a checksum to every data segment to check whether the sent data is received correctly. Data is then transferred to the network layer.

The network layer helps communicate with other networks. It works to transmit received data segments from one computer to another located in a different network. The router lives in the network layer.

The data link layer allows direct communication with other devices, such as computers and hosts.

This layer consists of all the hardware and mechanical elements of a system, including the configuration of wires, pins, adapters, and so forth. The data received here by the preceding layers is in the form of 0s and 1s. The physical layer converts this data and transports it to local media via various means, including wires, electrical signals, light signals (as in optical fiber cables), and radio signals (as in WiFi).

Note that the physical layer works at the receiver's end and transports the received signal to the data link as a frame (by converting it back to bits). The frame is moved to the higher layers, and ultimately the required data is received at the application layer, which is the software.

The OSI model is helpful when you need to describe network architecture or troubleshoot network problems. I hope this article gave you a clearer understanding of the elements this model. 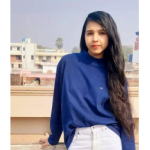 Anamika is a budding developer from India. She is an opensource enthusiast and a computer science undergrad who enjoys learning about new technological innovations. You can talk to her about anything, whether it's Python, her favorite programming language, Linux (without a doubt), or, of course, opensource.
More about me