Standing up to a patent bully 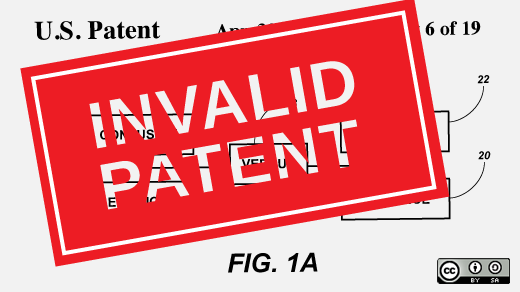 Red Hat and Novell stood up to a patent bully and got a favorable jury verdict in the IPI trial which invalidated some software patents that should never have been issued. It's hard to see how that's not a good thing for open source. It's also good that the particular battle has inspired discussion of the need for fundamental reform of the U.S. patent system. Red Hat has vigorously advocated such reform, and has taken strong positions on software patentability before the U.S. Supreme Court in the Bilski case and the European Patent Office.

But for the time being, the system is what it is. “Non-practicing entities” like Acacia which specialize in exploiting the system are permitted to bring lawsuits, and one way or another the targets need to address those suits. Most of the time, targeted companies settle. That's understandable in some cases, but in the IPI case the intransigence of Acacia meant that Red Hat and Novell had no choice but to fight. So we did.

Now that the smoke from the battle is clearing, it's fair to say there were several important efforts that led to victory.  I'd like to single out one for special mention:  the contributions of Michael Tiemann, Red Hat's vice president of open source affairs. In his time on the stand, he managed to introduce open source software to a jury in terms that were both clear and engaging, and conveyed his pride in open source in terms that were to me genuinely inspiring. Here's are a couple of excerpts from Michael's direct testimony (with able questioning from our lead trial counsel, Josh Krevitt of Gibson, Dunn & Crutcher) introducing some key ideas of open source.

Q. Okay. And so -- and I think you said it's like a recipe, and that's because this tells a programmer --

A. Right. Going back to what is the function of software, the goal of the software is to basically give instruction to the computer what the computer should be doing. And it is like a recipe. A recipe will tell you here are the ingredients; here are the ways that you combine these ingredients to get something. And depending on how much flour, how much sugar, or how much egg you put in, you might get a cake or you might get a cookie or you might get a biscuit. And so a computer software program is saying take this data, combine it these ways, and out comes your result. So that is how software is like a recipe for a computer. And open source is like a recipe that you can share with your friends, and they can say, you know, I know how to make this better. Let's use butter instead of oil, and now we have a new kind of biscuit.

Q. And an analogy that was used earlier -- I don't remember by whom -- what we all think of when we think of something secretive is the formula to Coke. And so is the idea that we can all drink a Coke and enjoy a Coke and we can buy a Coke, but we don't know how a Coke is made.

A. No, no. And that's the example of proprietary software. People who write proprietary software will often say you don't need to see the source; you don't need this; all you need is the product. But those of us in the open-source community believe that we can make a better product every day by always having the freedom to make improvements and get ideas from our neighbors or share ideas with our neighbors.

A. One way of seeing it is, you know, as a user, when you acquire open-source software, either by downloading it or by having it come as a product, you get the freedoms to read it, modify it, redistribute it. And that's what open source looks like to a user. It looks like a car you can go and buy which comes with a service manual, and you have the freedom to take it apart in your garage, if you want to.

Q. And what is that difference?

By contrast, in the world of open source, the entire world, or at least all those who are connected to the internet, can potentially be developers. And that was one of the things that really sparked my imagination about open source.

I've been teased by my counsel about being a smart kid, but in 1987, I knew immediately I was not the smartest kid in the whole world. And so one of the exciting things about open source was I always had a chance to work with people smarter than me. And when I talk with open-source developers, every single one of them has the experience that there is somebody smarter than them teaching them something. So we have a motto in the world of open source, which is nobody is as smart as everybody. That's been my experience, and that's been the experience of all the people I've worked with in open source.

The price a witness pays for direct examination is cross-examination, where the opposing attorney tries to extract concessions or discredit the witness.  It can be a time of high drama.  The cross-examining attorney has the element of surprise and the privilege to attack, and the witness must think fast.  In our case, Michael was cross-examined by Mr. Wesley Hill, an experienced attorney whose apparent objective was to discredit  open source.  He did not succeed.  Here are three of my favorite parts of the cross-examination, including at the end Michael's deadpan on the relevance of Karl Marx:

Q. Now, let's get back to our discussion of these patent rights versus the open-source community. Now, I described one scenario, which is I come up with something. I want to be -- follow the American dream and make a success, be a success, hopefully achieve financial success based on my work and my property, and so I seek patent protection. And if I get it, I can then sell my idea to those who wish to use it, and I can profit from my innovation, correct?

Q. Well, I apologize if I used loose language.

A. It has nothing to do with taking anybody's property.

MR. KREVITT: Your Honor, I object. The question wasn't designed --

THE COURT: He can -- Mr. Tiemann can continue to respond to the questions.

A. This is not a question of taking. This is a question of how companies are able to spend their resources in their plans to innovate. And when our people have to spend years of effort trying to demonstrate that a baseless allegation is false, then that takes away from our ability to innovate, and it puts us in a courtroom and just forces us to litigate.

To me, that is not an efficient use of our development resources or our financial resources. And we would not have that problem if people would give to us the same promise we give to them, which is full freedom to practice our patents under open source.

Q. And to enhance your business model, you want to see less property in this world so that you can profit off of selling services surrounding what used to be others' private property; isn't that correct?

A. It's a balance and a trade-off. It's a balance and a trade-off that some models work better than others; some models work better at a given time than others. And we have seen how much good can be done when people work together, and we believe that that is the best way to build technology, which is why we've chosen that as opposed to the proprietary model of what Microsoft practices or opposed to the practices of IPI. We've chosen our best guess about how to make money and hire more people to do more work.

Q. So it's a given to your ability, taken to your need-type paradigm you're pursuing?

A. No. I think it's more the American way.

Q. Because you know who said given to your ability, taken to your need, don't you?

A. That was Jefferson?

Q. That was Karl Marx.

Q. Let's talk about something else.