Abolishing patents: Too soon or too late? 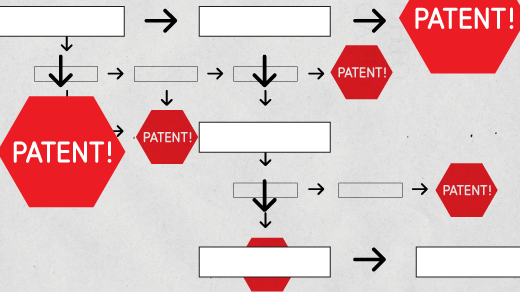 "Patents are here to stay." This is the sort of statement that makes me uneasy. I guess in the 17th century the common wisdom was "slavery is here to stay." In the 18th century giving voting rights to women seemed absurd and foreseeing open borders between France and German was crazy talk in 1945. At a certain point, fortunately, those things changed for the better. Is it time to change the common wisdom on patents as well? Is the time ripe—will it ever be?—to utter the frightening word abolition? I do not have the privilege to know the answer, but I regard the question as a legitimate one. According to some patent experts, however, questioning the very existence of patents seems blasphemous.

Patents have a strong appeal to many. Those who have a large patent portfolio, for instance. Lawyers and patent attorneys do not seem particularly eager to see their careers end either. The same can be said for patent offices. The list is rather long. I must confess, I myself make part of my living consulting on patent-related transactions, so I have a stake weighing against abolition. All the same, it would be unfair to just say it is only a conflict of interest. It is also, perhaps chiefly, a cultural bias. We know what we have, but we don't really know what we don't have. The system has worked well for so many years, why should it be abolished? Can't it be just reformed? And if abolished, to be replaced with what? Horror vacui! Again, common wisdom.

Don't get me wrong, I am not saying that all patents should be abolished tomorrow unconditionally. Of course we should apply an old saying: "Primum non nocere." (First, don't do damage). Keep a conservative approach, prefer freedom of enterprise over restriction and exploitation of others' work. Instead, incidentally, there is a strong and unbelievable push toward ever increasing patent protection, monopolies, new forms of "intellectual property", even without any trace of evidence, or even an attempt to gather any, that such changes are beneficial. Europe and database rights should be an example of this wrongful attitude. But having said that, I have no one-size-fits-all solution to the issue at hand, although all evidence points in one direction: abolition.

But patent abolition does not appear in any legislative agenda, with some exceptions, like New Zealand (although prohibition to patent software is apparently being watered down to match the current situation in Europe). If you dare—as I dared—to put it on the discussion table, asking, "Why do we have patents, wouldn't we be better off without?", then you are labeled as an Utopian at best, implying you are a fool and are attacking property as well as the free market. Pas du tout!

Patents are a relatively recent creation conceived as a means to a goal. I therefore consider it a legitimate proposition to ask if the goal (spurring innovation by providing incentives, via a monopolistic prize, to research and development) is best served with patents and whether the cost is too high.

Some say this is just wishful thinking. Even if they concede that questioning patents is a legitimate activity, it is just a philosophical one to them. A very competent and brilliant Free Software colleague, in order to reject the evocation of a future abolition of patents, and in particular of the so-called software patents, used a very evocative Scottish proverb: "If wishes were horses, beggars would ride." Meaning, of course, it is not going to happen.

Only three or four years ago, it was commonly thought that the patent system in technology was capable of self-regulation. Some characterized the process (as did I, but with different conclusions) as Mutually Assured Destruction (MAD), a situation where balance is reached similar to the balance of forces during the Cold War. But MAD doesn't work for Non-Practicing Entities (NPEs), or as they are often referred, for patent trolls. Good, they say, get rid of trolls and the system is fixed. Not quite so, sorry.

MAD works only when two opposing forces are equally and mutually threatened, which does not apply in many cases, beside the patent trolls example. What is more troublesome is even when in theory there are two big players with dozens of patents, MAD has not worked well. The last two years have shown that, at least in the smartphone industry, MAD did not provide sufficient incentives to stay out of the courthouses. Indeed everybody has sued everybody else almost everywhere.

But this is just the tip of the iceberg, we can't count how many businesses are disrupted by the threat of impending patent litigations, in a system where the mere chance of litigating a patent lawsuit is frequently not an option for the long tail where innovation mostly occurs. Patents are there more to preserve the existing technology than to spur new technology to come around. This is by design, and has always been so, but now technology moves at a faster pace and the contradiction is more evident.

Everybody sees that the system is not working, it creates problems, it destroys value, it provides incentives not to innovate, but to litigate. Most of the time such litigation is engaged by someone who would otherwise be disrupted by more efficient competition. Economic studies are stacking up showing how the economy of patents is completely astray, especially in the Information Technology field. The evidence that at least some kind of radical reformation is required is so abundant that even hitherto unsuspected sources, for instance free market, School of Chicago thinkers like Gary Becker and Richard Posner, are speaking up, calling for excluding certain fields of technology from patenting. These include fields where investment is slim and rewards are huge, making software patents the best example where this should occur. The curtain of silence is being lifted. Some of the patents issued, such as those on software and on graphical user interfaces, are receiving a lot of attention reaching the front pages of the news. Even the U.S. Patent and Trademarks Office seems to be taking a U-turn on the rubber stamping some patents of a kind that formerly had a very easy way forward.

Finally, one cannot underestimate the fact that Free Software (or open source) is really having a huge impact in the new paradigm shifts, including the rise of social networks and cloud computing. Patents and Free Software are antonyms. Recently Richard Stallman provided an easy operative way to overcome the problem of defining what a software patent is, which is all in all consistent with my own litmus test: it's a software patent when you infringe it by distributing software. It may be a rough, blunt rule, but it provides the bulk of what we need to surgically remove software patents if we want to preserve most of the systemcar. Free Software provides a clear case for abolition and its main proponent provides a clear rule to deliver it and preserve the system. But Free Software is just one aspect, albeit a major driver, to the shift that is occurring now.

We are experiencing the dawn of a new era in technology (especially in the software), massively moving from scarcity to abundance of digital goods, akin to the big discontinuities that happened in history, of the same order of magnitude as moving from hunting and collecting to farming, or from non-industrialized, hand crafted, to industrialized, automated production of goods.

Newcomers, disruptors, have this in common: they want to get rid of the existing system, by removing the tools that preserve the status quo, for which the poster child is the patent system. Unsurprisingly, today's disruptors are en masse speaking against software patents. This ranges from Amazon—certainly not shy on patenting, but having in Jeff Bezos someone who calls at least for huge and swift reform—to Google, Twitter, Facebook, Rackspace, Red Hat, and many others, who hold a stance against software patents with various degrees of radicalism, putting it in black ink.

Digital rights activists, scholars, public opinion and (perhaps the majority of) economic interests are getting closer, inching towards abolitionist positions. It is happening now. How fast is hard to say, but the direction is—at least to me—clear.

Call me a fool, but I believe we are about to see some beggars riding a lot of odd horses in a short while.

What to read next
Tags
Law
Licensing
Patents
Carlo Piana 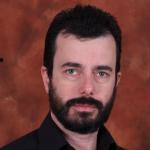 Carlo Piana is a lawyer by training and a Free Software advocate. A qualified attorney in Italy, Piana has been practicing IT law since 1995, focusing his practice on software, technology, standardization, data protection and digital liberties in general, and serves as external General Counsel to the Free Software Foundation Europe ("FSFE").
More about me