Recently, the National Academy of Engineering announced fourteen Grand Engineering Challenges for the 21st century. Take a look, it’s a good list—promoting environmental sustainability, human health, and information technology that empowers people. But the last item on the list was most compelling to me—engineering the tools of scientific discovery.

As a science teacher in a public high school, I may not have access to the funds to purchase all the scientific instruments I need. Wouldn’t it be nice to build these instruments for less? And as a genetics teacher, I’ve seen how innovative instruments, like robotic sequencing machines, have accelerated the study of the genomes of many species. Progress in sequencing methods has even outpaced Moore’s Law. How can we train the next generation of engineers to create the tools that enable scientists to better understand the natural world? One answer is to inspire them to envision such projects, and give them the tools to complete them, at younger ages. Open source tools, like the Arduino, are valuable in this effort. 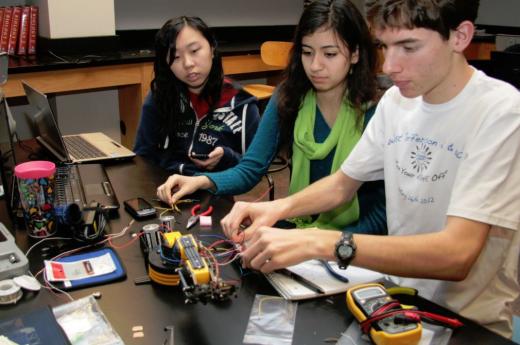 Putting open source hardware in the hands of students

Arduino is an open source microcontroller for prototyping electronic devices. It can be connected to a wide array of inexpensive sensors to collect data. These data can be saved to an SD card, passed back to a PC, or uploaded to the cloud for further processing. An Arduino can actuate motors, creating scientific instruments that move as well as sense. As Massimo Banzi, co-inventor of Arduino, showed in his TED talk, middle and high school students can capably create scientific instruments with Arduino. He gives examples of students who have created earthquake sensors, pH meters, and a wide variety of robots.

In our classroom, students have hacked robotic arms, created new human-to-game interfaces, added sensors to a car, and developed a wearable air pollution monitor that crowdsources ozone levels across a city.

Now, I’m a trained biologist, not an engineer, and prototyping these devices can be technically challenging. Fortunately, I did not need to guide students every step of the way in their project development, because the open source community had already provided examples, Arduino code, and documentation to get them started. Students were able to take existing code, modify it, and extend this prior work with their own creativity. I consider Arduino as an ideal teaching platform. It requires students to learn to write code, but their code will do more than move pixels. Their code will animate devices in the real world, devices that sense and move, devices that help us learn even more about the real world.

"Many a live wire would be dead without its connections" is a favorite aphorism. To build our projects, we used Google ADKs, generously donated by NCSSM alumni at Google. These are modified versions of the Arduino Mega and Due boards. Google has been a long-time supporter of open source technologies. After a few weeks of prototyping, students had working devices! After a quick call to the TSA, to let them know that we were bringing weird devices with wires and circuit boards onto the plane, students presented the projects to Googlers in Mountain View. 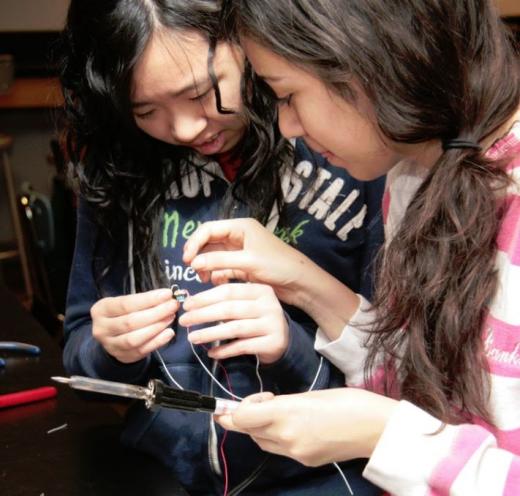 Promoting the Arduino in the North Carolina agriculture curriculum

Recently, members of our faculty were asked to create a engineering-focused curriculum for North Carolina funded by the Race to The Top program (economic stimulus dollars at work!). My part of the work was a series of new Agriscience and Biotechnology courses. While reading about the various ways that automation is driving improvements in agriculture, through the use of robots, drones, wireless sensor networks, and greenhouse controls, I realized that each of these technologies can be automated with Arduino. Moreover, Arduino is actually used to develop prototypes for new generations of these devices.

The members of this UC Davis lab are using Arduino to develop scientific instruments and wireless sensor networks to conserve water during an extreme drought in California. Their colleagues are developing agricultural robots to assist farmworkers in California during a labor shortage. The evolution of the modern quadcopter was catalyzed by a community at DIYDrones using the open source ArduCopter and MissionPlanner. Using drones for remote sensing has generated great expectations in agriculture (and Red Hat’s founder, Bob Young, is pursuing this at PrecisionHawk.)

Clearly, this is a great time to train today’s agriculture students to develop for Arduino. The NC School of Science and Mathematics’ agriculture curriculum, along with curricula in other disciplines, is Creative Commons-licensed and open for all, online. Take a look. This year I have begun to train fellow teachers and community members in the use of Arduino, and I hope to recruit another group of students this year to initiate agriculture projects in greenhouse automation, wireless sensor networks, drones, and robotics! Our goals are simple—grow more food with less. By less, I mean less water, fertilizer, pesticides, and tillage. Each of these inputs is expensive and each has some negative environmental consequences. Precision agriculture—powered by open source technologies! 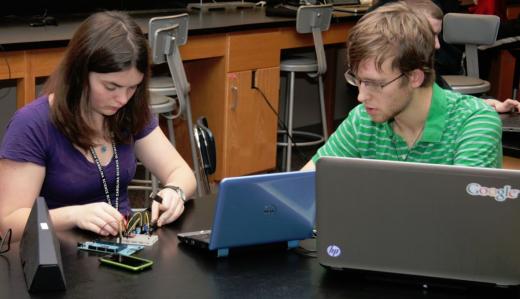 The community of Arduino users has taken this small open source board, with its open source IDE, and CC-licensed code and documentation, and have created a versatile prototyping platform that can help realize the last of the engineering grand challenges—engineering the tools of scientific discovery. If you are a science teacher that is in need of new instruments, consider making your own. The open source community is here to help.

What to read next
Tags
Science
Hardware
Education
Jon Davis 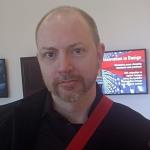 Jon Davis is an Instructor of Biology at the North Carolina School of Science and Mathematics in Durham, NC. He teachers Genetics and Biotechnology online and via videoconference across the state. In the summers he provides workshops in such diverse topics as agricultural biotechnology, global climate change, human evolution, and microcontroller programming to teachers and students.
More about me