Report from All Things Open: Design in open source 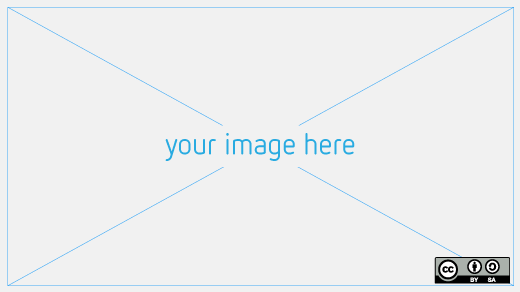 If you know a professional designer who is contributing time to an open source project, chances are they fall into one of these three categories, explained Garth Braithwaite, who spoke Monday at the All Things Open conference:

1) They were tricked into it or peer­ pressured by a friend who is also an open source project manager.

2) They work for a corporate sponsor, so they’re paid for their contributions.

3) They’re a designer who just so happens to be a developer.

But why is that? Why aren’t there more designers contributing their mad skills to open source projects on their own time? A big part of the problem is culture, said Braithwaite, who works at Adobe on open source projects as a design and code contributor. Design hasn’t had its own open source champion in the same way that Linus Torvalds or Richard Stallman have advocated for Linux and free software, Braithwaite said. On top of that, design schools and managers often encourage competition among students and employees, Braithwaite said, which doesn’t exactly lead to a collaborative mindset.

And if that’s not enough, Braithwaite said designers are often overworked and under appreciated. It’s not uncommon for designers to be working on three or more projects at once during their day jobs, which doesn’t exactly entice them to come home and work on an open source project, he said. And while that’s also a problem for developers, Braithwaite, who calls himself a hybrid designer/developer after starting out as a designer but transitioning to development to make more money, said he feels it’s worse for designers because they are often outnumbered.

In particular, Braithwaite said open source projects need design help in three key areas: User Experience, Branding, and Visual User Interface. But recruiting them isn’t going to be easy, Braithwaite said, because open source developers haven’t created an atmosphere where designers can feel like they’re part of a community. Open source communities can feel “highly ­exclusive,” Braithwaite said, adding: “It feels like a cool kids’ club that (designers) are not a part of ­ or maybe a really nerdy kids’ club.” Developers need to help motivate designers, he said.

But how? One way is by helping the designers in your life understand the benefits of participating in open source and recruiting them to join a project. That can be a slow process, however, so if you need a designer now and can’t hire one, don’t wait, Braithwaite said.

“You are officially deputized as designers ­ you are now junior designers,” Braithwaite told the developers in the room. Design is a skill, he explained, and like any skill, it's one you can grow. He cautioned those learning to flex their design muscles to avoid being paralyzed by perfectionism. On the flip side, he said to never stay satisfied with your current quality of work, saying all developers are capable of making incremental improvements in their design ability.

And for those designers who would like to contribute their skills to an open source project, Braithwaite advises them to get on GitHub and start perusing projects that need help. Additionally, he encouraged all designers to learn to prototype in HTML, CSS, and Javascript ­ saying it’s much more valuable to a developer than a PSD file.

Laura Hilliger on 23 Oct 2015 Permalink
You could replace the word "designer" with just about any other creative thinker and this article would still ring true. Where are the writers, the editors, the activists, the educators, the sociologists, filmmakers and musicians in open source? Open Source has traditionally been about code, and as much as some of us try to reach outside the silos, our mindset on "open" has been fiercely connected with technology. As we, the open source community, broaden our understanding of what "open" actually means – as we write books like the Open Organization or encourage fledgling open sub-communities like Open Education or design sustainable, open housing, community gardens et al – we create space for more people, including designers, to feel ownership in our collective projects.

Ginny Hamilton on 23 Oct 2015 Permalink
Yes! I agree with you completely. All creatives need to be educated on the opportunities that exist with open source, because I think Garth's assertion is right that many come to open source after being pulled in by a technical friend who needs help on a project. For those creatives who are aware of open source, it's still not super easy to find a project to contribute to, unless you know where to look and how to use the tools. But I love your point about how we're doing more by encouraging open sub-communities that broaden the understanding of what open actually means. That's very important too. Building on that, I really love how the Opensource.com resource page on "What is Open Source" explains open beyond software: "We like to think of open source as not only a way to develop and license computer software, but also an attitude. Approaching all aspects of life 'the open source way' means expressing a willingness to share, collaborating with others in ways that are transparent (so that others can watch and join too), embracing failure as a means of improving, and expecting—even encouraging—everyone else to do the same. It means committing to playing an active role in improving the world, which is possible only when everyone has access to the way that world is designed."

In simple words:
most of the time, coders would rather materialize their own ideas, than someone else's (designer or any other)
... for whatever reason.

Sreenivas Alapati on 24 Oct 2015 Permalink
Being an artist/developer and falling into the third category I completely agree the points he mentioned. It will be a lot intimidating for the artists to reach out and contribute to open source projects as they are not trained in those technologies. As he mentioned that developers are the new designers so is true with designers. We should encourage them to get into development and I can see a steady rise in the number of artists getting into development.

I've been in the Linux world for about as long as I've been in the photography/graphics/video world. Graphical choices and UI issues in general kept me from committing to full time (personal) use until a few years ago. Aside from the reasons mentioned in the article, the short explanation for "ugly" open source design is that many power users value effectiveness over beauty. When your user base is mostly power users, "It works" will likely always trump "It works, but can it be prettier?". Window managers, desktops, and distros who have recently paid more attention to looks have been rewarded with more uptake of software by less technical users. I'm thinking Ubuntu and KDE for example.

There may additionally be a paradox where potentially contributing designers prefer to work in familiar closed source software (because it works and it's pretty :-D) and the OS community is not open to that possibility.

Overall, I think the word is out that OS design needs a makeover to continue it's reach to non-techies.

The opensource community is very much an engineer centered and dominated world that is even hostile to their own fellow engineers. I have been wanting to come up with an idea to try to overcome this problem so that more creatives are interested in working on open source projects. I think the biggest fundamental problem preventing this is that coders and creatives have conflicting personality types and need an liaison/manager between the two so that things can work smoothly. When I was going to a game development school where creatives and engineers had to work together to make a game on a tight schedule, these two personality types working together was usually the biggest problem each game development team complained was the largest problem they had to deal with. I have even noticed conflict between me and other engineers where I currently work. I'm kind of hybrid of coder and designer at work, even though I'm an engineer there, and the designer in me is always clashing with the strong "engineering" types where I work. Engineers want to always keep everything practical while creatives want to always think outside the box.

I'm recently working on this topic and I think there is much more complexity in the matter. To solve the problem developers have to realize that current Open Source workflow and tools are sized just for developers jobs.
Design is a process and it follows different path, it needs different tools. Design works on the strategy, the identity and the usability of a digital product, in fact Design includes many professionalism, not just the graphic designer.
Designers who can code are great resources, but they are not enough: to make a great digital product, design has to be involved at different level of the project.
I recently wrote a Medium article where I explode some of these consideration: https://medium.com/@ruggeromotta/open-source-designers-e3247e94ab1f