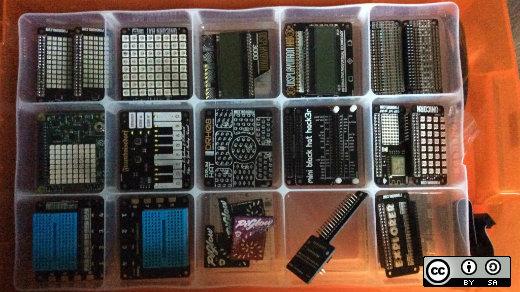 Did you know you can adorn your Raspberry Pi with HATs? Of course we're not talking about hats like people put on their heads, but rather HATs: "hardware attached on top". These are add-on circuit boards and accessories that add functionality to your Raspberry Pi.

You can, of course, use the Pi on its own, using programming environments like Scratch and Python to program it. You can connect individual components to the Pi's general-purpose input/output (GPIO) pins and program them directly. However, there is a wealth of amazing and innovative add-on boards and accessories that allow you to do more with your Pi without having to wire them into place, and in neat form factors that sit directly on top of the Pi.

The HAT specification gives specific dimensions to fit neatly on the Pi, aligning mounting holes, and holes for accessories suchs as cameras and display cables. Not all add-ons are HATs; add-ons come in multiple shapes and sizes.

In no particular order, here are my favorites.

The camera module is an official product of the Raspberry Pi Foundation. It uses the camera serial interface (CSI) port, which is present on almost every Pi model, to connect a small camera board to the Pi using a ribbon cable. The new V2 camera was released earlier this year: it is 8 megapixels and has a brilliant quality Sony sensor. There is a visible light version, and an infra-red (IR) version. The IR version lets you see in the dark when you have an infra-red light source. IR cameras are commonly used in wildlife and plant photography. 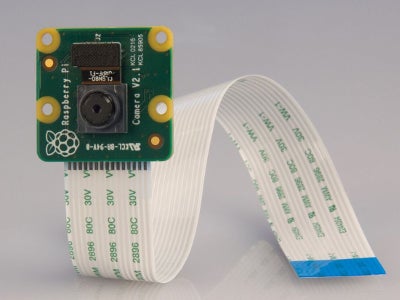 See my recent article How to build projects using the Raspberry Pi camera.

The Sense HAT is another official product from Raspberry Pi. It was made for a specific event: it was sent to the International Space Station with European Space Agency (ESA) astronaut Tim Peake, and used in experiments coded by school children as part of the Astro Pi competition. The Sense HAT packs an 8x8 colour LED matrix and a set of environmental sensors. 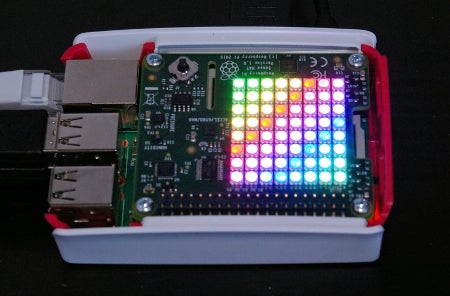 See my articles on exploring the Raspberry Pi Sense HAT; the Astro Pi competition; and the Astro Pi flight case.

Similarly, a new board from Pimoroni, the Enviro pHAT, is handy for collecting environmental sensor data. It is not a full sized HAT as it is made for the Pi Zero, but it will fit on top of any modern Pi.

Like the Sense HAT, Pimoroni's Unicorn HAT packs an 8x8 LED matrix. However, the LEDs are bigger and more spread out, so they fill the entire board. There are no sensors, so this board is perfect for displaying information, patterns, animations, and status indicators. 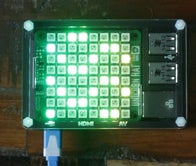 Pimoroni also has a Pi Zero sized board, the Unicorn pHAT, with 8x4 pixels, and a tiny 1x8 board called Blinkt!

If you don't need great big full colour LEDs, another of my favourites is the Ciseco PiLITEr, a small add-on with 8 small but bright white pixels in a row. This is perfect for GPIO Zero bar graphs, or for making a People in Space Indicator.

All of Pimoroni's products come with a Python library and installation instructions, so you won't have any trouble getting started straight away.

Another new release: the MotoZero, designed by Richard Saville (aka Average Man vs. Raspberry Pi), manufactured and sold by the Pi Hut. It is a controller board that controls up to four motors. It is great for robotics and other motor projects. It is a Zero sized board, and you can program it with the GPIO Zero application programming interface (API). 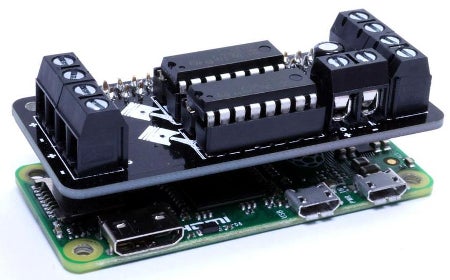 You should also check out the CamJam Edu Kit 3, which features a two-motor controller board,  and the Ryanteck MCB and the 4Tronix Pi Zero Motor Shim, which dock neatly beside the Pi Zero while maintaining a low profile.

Another Ryanteck product, the Traffic HAT displays the standard traffic light colors of red, yellow and green. It also includes a button and a buzzer, and is easy to program with GPIO Zero. 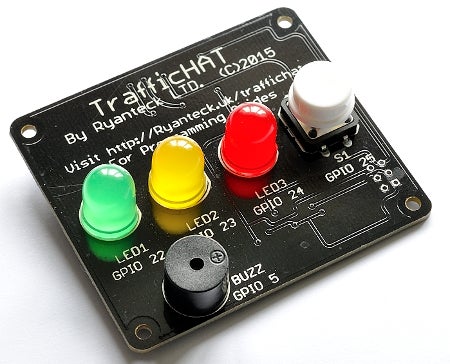 If you don't need the button and buzzer, or you need access to the GPIO pins, you can use a Pi Traffic Light or Pi-Stop, which fit neatly on the pins and stand up vertically.

This board recently landed on Kickstarter. It was only up for seven days, it smashed its target, and they're already being sent out to backers. The Analog Zero provides eight analog inputs to your Raspberry Pi. The Pi's GPIO pins are digital, so you need to use an analogue-to-digital converter (ADC) to connect analog devices. You can use an ADC chip on a breadboard, but the wiring can be messy, so the Analog Zero is a great improvement. 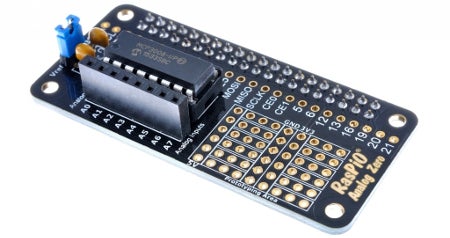 Using the Analog Zero with GPIO Zero makes it easier to program analog inputs like potentiometers and light sensors.

Alex Eames (RasPiO and raspi.tv) also made the RasPiO Pro HAT, which provides a breadboard space on a HAT, with the GPIO pins broken out in numerical order. Additionally, the Pro HAT protects the pins so you can use LEDS directly without having to add resistors. 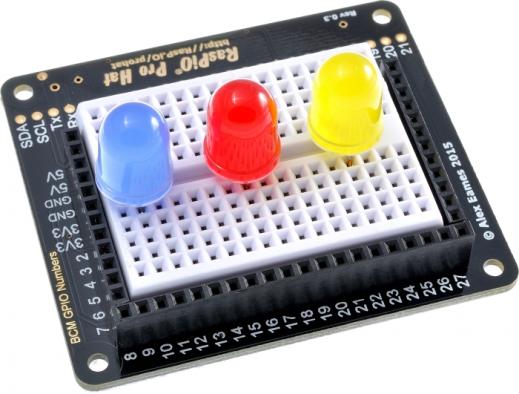 Adafruit make some great boards for the Raspberry Pi, including their Capacitive Touch HAT. It is a simple way of reading capacitive touch inputs from the Pi, meaning you can make your own fruit drum kit!

The Skywriter HAT from Pimoroni allows processes hand gestures to control things. Start simple and make a Theremin, or go full steam and automate your house with a host of gestures.

Energenie makes products for controlling power sockets with remote controls. The Pi-mote add-on board controls power sockets remotely. Connect with devices using GPIO Zero, and write code to turn them on and off under particular circumstances. 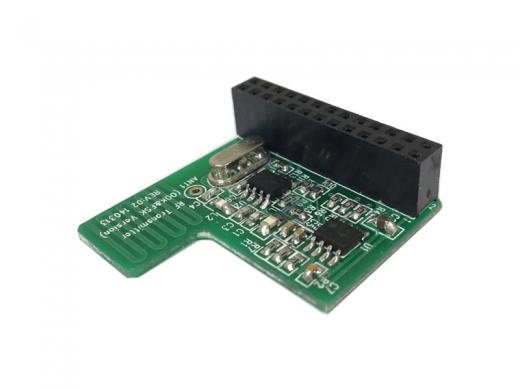 I have covered only a handful of HATs and other add-ons here. Do you have a favorite board that is not listed? Let me know in the comments!

Set up OpenStack on a Raspberry Pi cluster

You really need to add 4tronix Picon Zero to this list