How to recognize an open leader when you see one 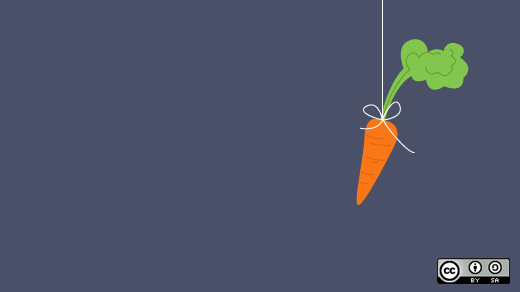 Not too long ago, my friends and I were talking about open leadership. We began discussing what "type" of leader we all are, and we specifically noted how some people use power and status as a tool for leadership, while others have a certain charismatic personality that makes them a leader.

I interjected with a question: "Then what kind of leader am I?"

And both friends replied: "You're not a leader."

I was shocked. I've always taken a collaborative and inclusive approach to solving problems and completing tasks. And yet, in the eyes of others, I didn't seem to have any leadership qualities.

In my mind, open leaders really understand how to be appreciative, open, and helpful. These common, everyday practices might not seem like anything special, but they truly are—and I'm often surprised how many leaders don't recognize them.

So here's my advice to anyone wondering how to become a more open leader.

First, always say "thank you" to others and make them feel comfortable. When I first met with Dirk Peter Van Leeuwen of Red Hat, he made me feel that I was on the same level as he was (despite his status both in his organization and in the open source community). When I introduced myself as one of contributors of Fedora Project, without hesitation, he smiled and said to me, "Ah, you're from the Fedora Project! Thank you for your contribution!" It was sincere and genuine, and it made me feel like someone truly appreciated my community contributions. It also motivated me to keep contributing. Words are very powerful, and saying "thanks" is one of the ways open leaders can motivate others.

Too often, more traditional leaders take employees for granted—perhaps even think employees should feel privileged while working for them. These leaders never treated their employees well—not a single heartfelt "thanks" for employees' hard work. I've encountered people so blinded by their egos that their good employees have left their teams, leaving them with those who work almost solely for money.

Your employees and teammates are the core of your entire organization's "infrastructure." Without a strong, passionate infrastructure, your organization will collapse. Recognize their efforts at being part of the team and demonstrating the values you wish to aspire. Saying "thank you" not only demonstrates that you value those efforts, but also indicates that you realize you couldn't succeed without them.

Don't wall others off, and don't be afraid to share your knowledge. All of us are born with a pair of ears—but only one mouth. So try to listen and understand more than you talk. Empathy is difficult; talk is cheap.

Whenever I talk to open leaders like Darwin Gosal or Chern Jie, I can easily tell that they're always trying to contextualize and understand what I'm trying to say. Even if they do not share the same sentiments I do, they still take their time to understand my perspective. And whenever I ask a question, they aren't afraid to share their knowledge with me.

Traditional leaders might not be as willing to share knowledge. And even if they do, they always seem to retain some sort of "secret knowledge" that they never share. This is because they believe that knowledge is king, the key to their power as leaders. This makes them appear incredibly stubborn, not accepting of others' opinions—and some even mock others for those differences in opinion. Being open and willing to share is a better way to inspire others to help you reach a goal.

When problems arise, don't just point fingers. Pitch in, take initiative, and fix them. When your teammate or friend needs help, assist them with knowledge and advice, but also by helping them do the work that's causing them difficulty. Doing this doesn't cost you anything.

When I needed help with Linux commands, I knew who to ask for help: Loong Jin, an approachable ex-Red Hat contractor who have had years of experience with Linux distributions. He's extremely friendly, and always gives great advice on ways to learn certain things. Even though I have newbie questions, he answered them and never put me down. He even encourages and motivates others—especially those who are new.

I've met managers and bosses that only know how to talk. In the end, as the saying goes: Empty vessels make the most noise. These people don't really think to do anything, and don't bother finding out how. Being an open leader means that you need to deeply understand the work your teams are doing, even to the point where you might be able to do it yourself. That's the best route to achieving empathy.

After reflecting on that conversation with my friends, I've realized that anyone can be an open leader. Just remember that these leaders don't necessarily stand out in a crowd. More often than not, they are part of the communities they serve—empowering and inspiring others with their actions. Being an open leader doesn't necessarily require any form of power or status. Nor do you need to be especially charismatic, as generations of built-up knowledge about leadership would seem to suggest.

Because of that, undoubtedly, some people might not recognize open leadership when they see it. Being appreciative, open, and helpful are simple human characteristics that build trust—the foundation of any relationship. When you've established that trust, people will have confidence in your actions and you'll gain their support—just as I now trust Darwin, Chern Jie and Loong Jin, and have confidence that their actions will benefit our communities and society.

Not all of us come from glorious or rich backgrounds. But no matter our backgrounds, we can learn to always be kind and change our attitudes. It might take time, but, eventually, you too can become an open leader. 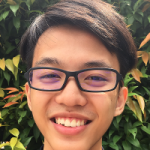