Adobe will end support for Flash Media Player in 2020, but there are still a lot of Flash videos out there that need to be watched. Here are two open source alternatives that are trying to help. 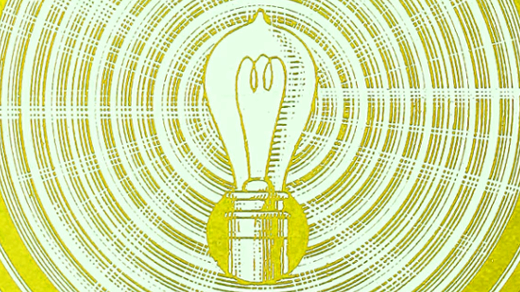 In July 2017, Adobe sounded the death knell for its Flash Media Player, announcing it would end support for the once-ubiquitous online video player in 2020. In truth, however, Flash has been on the decline for the past eight years following a rash of zero-day attacks that damaged its reputation. Its future dimmed after Apple announced in 2010 it would not support the technology, and its demise accelerated in 2016 after Google stopped enabling Flash by default (in favor of HTML5) in the Chrome browser.

Even so, Adobe is still issuing monthly updates for the software, which has slipped from being used on 28.5% of all websites in 2011 to only 4.4.% as of August 2018. More evidence of Flash’s decline: Google director of engineering Parisa Tabriz said the number of Chrome users who access Flash content via the browser has declined from 80% in 2014 to under eight percent in 2018.

Although few* video creators are publishing in Flash format today, there are still a lot of Flash videos out there that people will want to access for years to come. Given that the official application’s days are numbered, open source software creators have a great opportunity to step in with alternatives to Adobe Flash Media Player. Two of those applications are Lightspark and GNU Gnash. Neither are perfect substitutions, but help from willing contributors could make them viable alternatives.

Lightspark is a Flash Player alternative for Linux machines. While it’s still in alpha, development has accelerated since Adobe announced it would sunset Flash in 2017. According to its website, Lightspark implements about 60% of the Flash APIs and works on many leading websites including BBC News, Google Play Music, and Amazon Music.

Lightspark is written in C++/C and licensed under LGPLv3. The project lists 41 contributors and is actively soliciting bug reports and other contributions. For more information, check out its GitHub repository.

GNU Gnash is a Flash Player for GNU/Linux operating systems including Ubuntu, Fedora, and Debian. It works as standalone software and as a plugin for the Firefox and Konqueror browsers.

Gnash’s main drawback is that it doesn’t support the latest versions of Flash files—it supports most Flash SWF v7 features, some v8 and v9 features, and offers no support for v10 files. It’s in beta release, and since it’s licensed under the GNU GPLv3 or later, you can help contribute to modernizing it. Access its project page for more information.

*Just because most people aren't publishing Flash videos these days, that doesn't mean there will never, ever be a need to create SWF files. If you find yourself in that position, these two open source tools might help:

Clearly, there’s an opening for open source software to take Flash Player’s place in the broader market. If you know of another open source Flash alternative that’s worth a closer look (or needs contributors), please share it in the comments. Or even better, check out the great Flash-free open source tools for working with animation.

Animation magician: 8 ways to turn cheating into an art form

Animation is a labor of love, but sometimes time and money outweigh all that passion, and you just have to get the job done. Here's how to use cheats while preserving your art…

Getting started with React Native animations

Here are the tools you need to overcome performance challenges when implementing React Native animations.

How to use Synfig Studio for animation

Animation is a robust field with a large number of specialties and an even larger number of tools for creating a particular look or style. In the past two months, I've covered…

Last month we looked at digital cell animation with Krita. Cell animation is just one kind of animation, though, so this month we'll take a look at stop motion animation. As…

Tom Haines is the director and co-founder of 3Dami, a nonprofit educational program in the UK that focuses on teaching 3D animation to teens with ages ranging from 14 to 18…