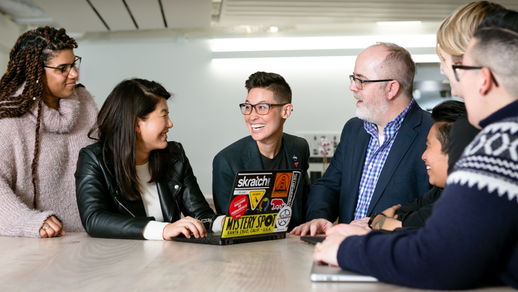 If you've ever wanted to join an open source community and contribute or start an open source project of your own, then read on to find out about our fun and awesome open source project we created from scratch at Red Hat. I'm a Software Quality Engineering Manager in the OpenStack Networking group, and together with a team of engineers both from my team and from R&D, we collaborated to create the Tobiko open source testing framework.

Sometimes, you just have to start a new open source project.

Our starting point was good. We already had an official open source testing framework called Tempest, which strived for complete coverage of the OpenStack API and common scenarios that simulate a working cloud.

The OpenStack teams I work with frequently build new tests and execute them against various cloud configurations, with the help of Continuous Integration open source systems—Jenkins for downstream and Zuul for upstream.

But OpenStack cloud is seeing massive adoption by the telco and enterprise industries. We were experiencing rapid growth in complexity, which meant more tests scenarios, and we were discovering that our old tooling just wasn't a great fit anymore.

Define the challenge, define the needs

We recognized quickly that the first fundamental step was to define our customers' new needs. This required us to research the issues reported to us by the customers. We reviewed the database of bugs from the field, split all issues into several sections, and analyzed the data.

The next step was to review existing projects. It stands to reason that adopting an existing project should go faster than inventing a new project from scratch. And yet, we hadn't found a suitable tool for our needs, nor had we found any open source tools we could easily adapt.

That's when we realized it.

It was time to move forward with shaping and designing a new project.

We didn't want to make this move without serious thought and diverse input. So we chose to use the Open Decision Framework (ODF). The main benefit of this methodology is to get as much feedback as possible in the early stages of project development, which helped us save a lot of time later.

After a few meetings, during which we had productive brainstorming sessions, we first drafted some positive and negative feedback we wanted to give serious consideration to.

We iterated. We took our discussions and feedback seriously, and we worked hard to come to a resolution.

Finally, we felt ready to move to the implementation phase.

We started by gathering a group of people who had the time, the abilities, and perhaps most importantly, the passion for driving the project according to the decisions we'd reached during planning. Once the project started to take shape, more and more contributors reached out to the team to consider it for their new framework.

It seems so fast when it's written down in just a few paragraphs, but this process was deliberate, and we treated it with great respect. For the last year or so, we've had a strong core of very capable engineers who collaborated on various development challenges to support the cloud's fast-changing infrastructure.

Below are their testimonies on the work they've done, gathered from several different perspectives of people involved in the project.

What drives you to contribute to open source projects?

I contribute to the projects which I am using. If I see that there is some bug that annoys me or some feature missing that I would like to see there, I try to investigate why it's like that, at least report a bug or a request for enhancement (RFE) for the project. And in the best case, I try to propose a patch, too.

This may be the main reason people contribute to a project, or at least why they start. It's because later when you're more involved in a project, you care about that project more, you know other people around the project, and things are different.

What is the benefit of Tobiko being open source?

If (when) it gets used by people from different teams, maybe even companies, they can directly contribute to the project, bringing their ideas and use cases there. And they can, and will, contribute code to fix bugs they encounter and add new features they need.

Making a project open source makes it available to a wide audience, which can help a project grow.

As a leading contributor to this effort from the beginning of the project, what were the main lessons you learned by working on Tobiko?

​​Some of the lessons I got from Tobiko in no particular order are:

What is the benefit of Tobiko being open source?

The biggest benefit of Tobiko being open source is being able to reuse other open source code and OpenDev infrastructure. It also increases end-user trust and user understanding of the project.

You joined the team after the project was in production already. How was it to join the existing project and community?

I started attending the Tobiko meetings and taking small tasks from their kanban board. Core contributors were the main technical points of contact, and soon I started asking them technical questions when I started contributing to the project.

I also joined the Tobiko IRC channel and the mailing list to be updated on and participate in different discussions.

What resources helped you to learn the project?

I also spent some time reviewing the existing CI jobs, and this was an excellent way to understand how Tobiko was used with Openstack, how the Tobiko tests work, and I could start contributing to fixing some issues I found.

Tobiko is based on standard Python libraries, such as testtools and paramiko, which makes the ramp-up process easier (either you're familiar with them if you have some experience with Python test frameworks, or there's plenty of documentation available).

What is the benefit of it being open source?

There are several well-known benefits of open source projects. I would highlight the following ones:

From my point of view as a manager in the organization and part of the team and project, I identified several critical points that helped the project grow faster and realize the value we were looking for:

Building software and participating in an open source community was and continues to be a fun, educational, and fulfilling experience. It taught me the value of open source more than ever, and I'm happy that I had the chance to work on it with a very talented and motivated group of people.

If you're interested in OpenStack testing, join our project!

It’s not just coding that we do in the open. 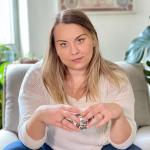 Working for over a decade in Quality Engineering, on open source projects & enterprise software, strong believer in the power of community. Managing global teams at Red Hat, focusing on the OpenStack platform. Strong advocate for Diversity and Inclusion at Red Hat and beyond.
More about me