Backend frameworks have extensive libraries, APIs, web servers, and a lot more. They are responsible for the database, ensuring it makes proper communication with the front end and generates backend functionality.

As promised, what follows is a rundown of my top 6 backend frameworks.

Ruby on Rails is a server-side framework written in Ruby language. It supports the utilization of configuration, such as MVC and DRY. Ruby is object-arranged, encourages the structure of lightweight application and lifts the adaptability. It supports faultless collaboration with outsider applications by enabling exceptional traits.

Features of Ruby on Rails

Companies that have used Ruby on Rails

Cake PHP is a rapid development framework, which is a foundational structure of a web application. It enables us to work in a structured and quicker manner without any loss of agility. It provides you the tool to logically code the application.

ASP.NET framework is an open source project that runs on Linux, Windows, and macOS. It uses Windows Forms, WPF, and UWP to build Windows applications. With the .NET framework, you don't need to migrate an existing application, like writing a new web service in ASP.NET Core.

Additionally, .NET framework can help in:

Django is considered the framework for perfectionists with tight deadlines, as it helps quickly build web applications with less code. Django is a high-end Python framework that aids in rapid development and developing clean and intuitive design. The efficiency of this framework is proven by the fact that it is used by some of the busiest applications on the web, such as Mozilla, National Geographic, and Pinterest.

Laravel is a Model-View-Controller framework that uses PHP, the most popular language for website creation. Laravel has an extensive and excellent API with robust features. It provides tools to help build websites and web apps faster, and makes them more stable and easy to maintain.

Backend frameworks provide complete agility and flexibility to handle the load created via a volley of requests and responses. They work as a catalyst for developers and help them out of their silos. The above listed are some of the best backend frameworks that are being used by the custom web developers that help them create some of the best applications in a very short span of time.

How to scale Ruby on Rails with Redis

An introduction to the Django Python web app framework

In the final part in a series comparing Python frameworks, learn about Django. 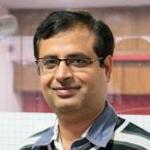