My journey to becoming an open source mentor

I was just 16 when I made my first meaningful open source contribution. It was the first code contribution I ever made, and I learned a lot from it. I'm 20 now, and I've been strongly attached to free and open source software (FOSS) ever since. I strive to be a friend to my community colleagues and to help others continue growing, learning, and succeeding.

I first heard about FOSS through the Google Code-In contest. I was 16, but I was already learning computer science fundamentals, the C++ programming language, and anything else about computers I could get my hands on. I was very excited about the contest—not just because of the free Google swag, but because it gave me the opportunity to work directly on codebases being used all around the world. I jumped into the contest feet-first and started trying to solve as many open source software tasks as I could in the code, design, documentation, and research. 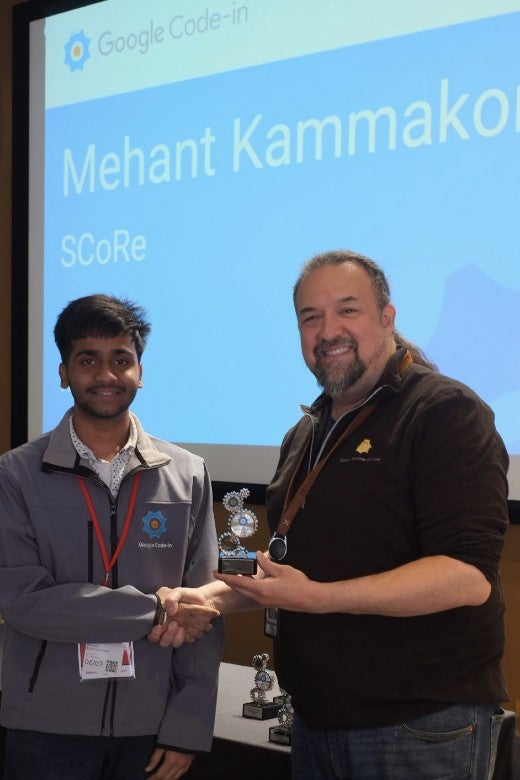 It wasn't easy. I didn't know the FOSS community culture, nor much about the software development methodologies they used, nor even how to seek help or interact with others. So, rather than focusing on tasks, I started by focusing on understanding these fundamentals.

I didn't stop my journey there. As a beginner, I learned:

The following year, I participated again in the Google Code-In contest to implement what I'd learned and try to make better bonds with my new FOSS friends. This time, I was able to complete a good number of tasks and make some valuable contributions that were pushed into production. As a result, I was selected as one of the 50 grand prize winners out of all the participants from all over the world. Being a kid, this gave me the motivation to make FOSS one of my best friends.

Programs that got me closer to FOSS

From my start, I always liked being part of FOSS, and the journey has been amazing and addictive. I wanted to learn more, and I believed participating in FOSS initiatives and programs would help this happen. Hacktoberfest is one such initiative where I was able to contribute to Microsoft open source software and various other projects in 2018 and 2019. All the lessons I learned in Google Code-In were reinforced and strengthened.

Google Summer of Code (GSoC) was another important, engaging, and challenging experience for me. I became part of the GSoC 2019 and 2020 programs as a student with the Sustainable Computing Research Lab. These were two fast-paced and exciting summers spent hunting down bugs, writing new features, and documenting the work.

In 2019, Red Hat's Open Source Contest was another wonderful opportunity to work on open source engineering problems. Red Hat is one of my dream companies—it provides open source software products (particularly interesting to me are container technologies and orchestration tools), so I'm lucky to have been part of the contest. The best part was that I was paired with a Red Hat engineer to mentor me throughout the course of the contest. I contributed to the ansible-bender project, and the journey absolutely stepped up my skills to the next level. 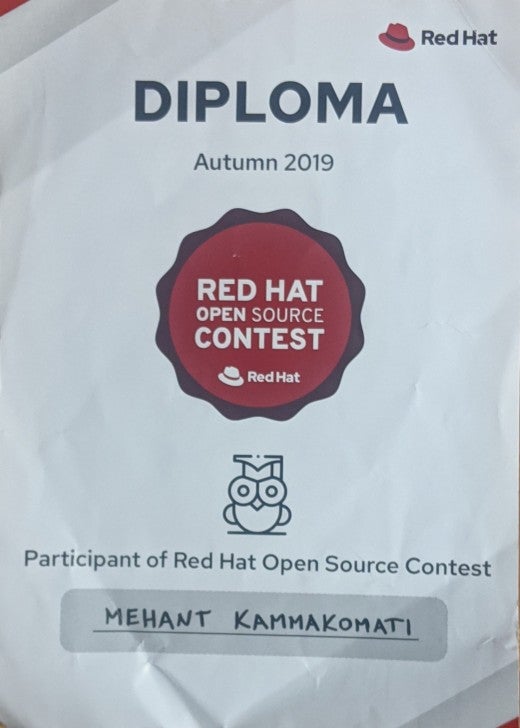 I also made valuable contributions to the SPDX online tools for their deployment infrastructure. While I was learning about blockchain technology, I contributed to Hyperledger Fabric's Python SDK.

I also served as a Google Code-In mentor in 2018 and 2019 and mentored many young aspirants making their very first valuable FOSS contributions. I was able to review around 400+ tasks and had the privilege of helping hundreds of students.

I strongly believe in FOSS, and I recommend being part of this culture. Maybe you'll find it difficult to start, but if you seek the advice of friendly participants online or in a sponsored program, you'll surely get help. The most important part of the journey is the first few steps; once you get past that, you'll soon feel responsible and proud of each and every contribution you make—code or otherwise—knowing it helps your friends around the world. 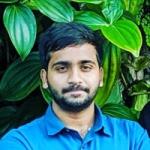 Hi there!
More about me