A year in the life of OpenStack 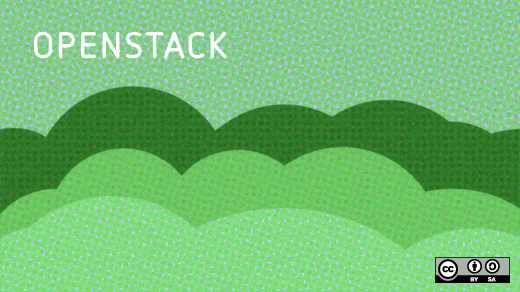 What a year for OpenStack! With two shiny new releases, two excellent summits on opposite sides of the Atlantic, countless new features, and an ever-growing community of users and developers, it truly has been a year of progress for OpenStack.

Let’s take a look back at some of our coverage here on Opensource.com, and perhaps take a sneak peek at what might be in store for the new year.

The best part of covering OpenStack here on Opensource.com has been getting to hear from the people who make it happen. At the beginning of the year, John Dickinson, leader of the OpenStack Swift project, took us through storage policies and what they would mean for OpenStack's object storage system. Anne Gentle, the documentation lead for OpenStack, shared with us here involvement in the Women of OpenStack program and how it is bringing more female leaders to the project and to the open source community at large. And community manager Stefano Maffulli gave us some suggestions for how contributing to OpenStack could be made easier.

A little later in the year we heard from OpenStack release manager Thierry Carrez about the feature freeze and what it means for the project development cycle. We spoke to storage expert John Griffith about the Cinder block storage project. Doug Hellmann told us about his work leading the OpenStack Oslo project, where common pieces of code are stored. And we learned from Victoria Martinez de la Cruz about the translation efforts taking place to make OpenStack accessible to everyone.

After the first OpenStack Summit of the year in Atlanta, we heard some thoughts from Jim Haselmaier about OpenStack project management and what it means for driving the direction of a diverse project. DreamHost's vice president of cloud Jonathan LaCour told us how his company is reinventing itself with OpenStack. Jesus Gonzalez-Barahona told us about some of the numbers behind OpenStack and how they compare to other open source cloud projects. And StackStorm CTO Dmitri Zimine brought us a three part series on tools for deploying and managing OpenStack and the workloads on top of it.

We ramped up our coverage even more before the Paris Summit, bringing you a full interview series. We learned from Everett Toews of Rackspace how Apache jclouds can help to simplify application development in the cloud. We spoke with OpenStack Neutron project lead Kyle Mestery about contributing effectively to that project. Sage Weil told us what software defined storage means for OpenStack, and Metacloud's director of community evangelism Niki Acosta told us about her work in the community. Python guru Julien Danjou told us about Ceilometer, the telemetry project for OpenStack. OpenStack board of directors member Tim Bell told us about how OpenStack powers the research at CERN. And former NASA CTO Chris Kemp told us about the early days of OpenStack.

This year, we launched a new tutorial series, featuring the best new guides published every month. We started in May by highlighting several excellent beginners' guides, tips on managing floating IPs, security and server hardening guides, an introduction to multi-node installation, and an overview of what is new in the most recent release of OpenStack Heat. And in June, we linked to guides for getting OpenStack to play nice with firewalld and NetworkManager, using Test Kitchen with Puppet on an OpenStack deployment, Kerberos, Docker containers, and getting started with OpenStack on Solaris.

In July, we featured tutorials on monitoring features, metadata services, benchmarking, the Jumpgate library, logging, and even launching a Team Fortress 2 server through OpenStack, followed by August, where we looked at git tricks to make your OpenStack patches easier for others to digest, using Heat to manage Docker containers, how to delete compute instances directly from the database, and more.

When September rolled around, we gave tips for running OpenStack on FreeBSD, testing out OpenStack's newest incubated project, building an elastic Wordpress installation, and more. Then in October, we helped you with advice for building RPM packages, simplifying log files, running custom code with Nova hooks, and more.

We also covered a number of open source projects this year which might be interesting to an OpenStack user. We interviewed Frank Huerta, CEO of a company called TransLattice who is leading an open source project called Postgres-XL designed to modernize the PostgreSQL database for clustered environments with big data. We spoke with Neela Jacques, executive director of the OpenDaylight project to learn how they are working to build an open platform for software defined networking. And we learned from Chris Hoge how to deploy OpenStack using Puppet, an open source system for automating IT operations.

In the container world, we had great success in getting started with Docker from Vincent Batts' guide for beginners, and learned even more from Dan Walsh who taught us about Docker security in his two part series. Then, we learned about Flocker, Clocker, and more!

Noting the importance of big data in the cloud, we got an excellent introduction to Apache Hadoop for big data from Sachin Bappalige. Sachin also helped us to explore Apache Mesos and how it can be used as a cluster management tool in data centers.

In all, it was an exciting year for the open source cloud, and I can't wait to see what 2015 will bring!

What to read next
Tags
Business
OpenStack
Cloud
Best of Opensource.com
Jason B