Does your Python program need a graphical user interface? Here are five tools to help you build one. 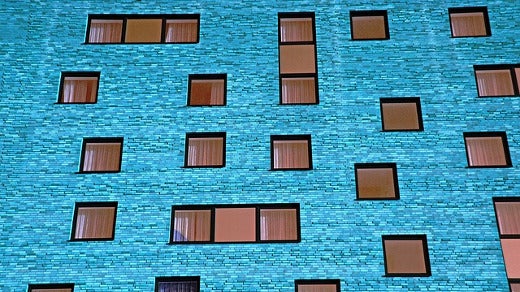 This article was originally published in May 2016 and has been updated with new information.

There comes a time in the journey of most any programmer when they are ready to branch out past the basic examples and start to build a graphical interface to their program.

In Python, the steps to get started with GUI programming are not terribly complex, but they do require the user to begin making some choices. By its nature as a general purpose programming language with interpreters available across every common operating system, Python has to be fairly agnostic as to the choices it presents for creating graphical user interfaces.

Fortunately, there are many options available for programmers looking to create an easy way for users to interact with their programs. Bindings exist for several UI frameworks on a variety of platforms, including those native to Linux, Windows, and Mac, and many that work across all three.

Before going any further, be your own devil's advocate for a moment and ask: Does it really make sense for your application to have a traditional graphical user interface at all? For some programs, the answer is obvious. If your application is inherently graphical, and is either optimized for or just makes sense to be run locally on a single local machine, then yes, you probably should consider building a desktop GUI. Many times, this is made obvious by what you're designing.

But for general purpose programs, don't count out either the command line or a web interface. The command line offers many advantages—speed, remote access, reusability, scriptability, and control—which may be more important for your application's users than a graphical interface, and there are many libraries like Click, Cement, and Cliff that make it easier to design great command line programs.

Similarly, a web interface, even for a program meant to be run locally, might be an option worth considering, particularly if you think your users may wish to host your application remotely, and projects like Django, Flask, or Pyramid all make this straightforward. You can even use a library like pywebview to put a thin wrapper around a web application in a native GUI window.

Alternately, you can use a framework like Pyforms to build a consistent experience across the web, command line, and desktop, all with a single code base.

Still sure you want to build a GUI? Great, here are a few fantastic open source libraries to get you started.

PyQt, PySide, and Qt for Python

PyQt implements the popular Qt library, and so if you are familiar with Qt development in another language, perhaps from developing native applications for KDE or another Qt-based desktop environment, you may already be familiar with Qt. This opens up the possibility of developing applications in Python which have a familiar look and feel across many platforms, while taking advantage of the tools and knowledge of the large Qt community.

Qt is well established in the developer community and has tooling reflecting that. Writing Python applications around Qt means you have access to QtCreator, which features a designer mode to generate code for the layout of your application.

PyQt is dual licensed under both a commercial and GPL license, not unlike Qt project itself, and the primary company supporting PyQt offers a license FAQ to help understand what this means for your application.

For another option to use Qt libraries with Python, consider Qt for Python (commonly known as PySide2), available under the LPGL.

If there were a single package which might be called the "standard" GUI toolkit for Python, it would be Tkinter. Tkinter is a wrapper around Tcl/Tk, a popular graphical interface and language pairing first popularized in the early 90s. The advantage of choosing Tkinter is the vast number of resources, including books and code samples, as well as a large community of users who may be able to help you out if you have questions. Simple examples are easy to get started with and fairly human-readable.

Tkinter is available under the Python license, on top of the BSD license of Tcl/Tk.

WxPython brings the wxWidgets cross-platform GUI library from its native C++ to Python. WxPython looks a little more native than Tkinter across different operating systems because it uses the host system's widgets to construct a GUI. It's fairly easy to get started with as well, and has a growing developer community. You may need to bundle wxPython with your applications, or else require the user to install it on their own, as it is not automatically installed with Python.

WxPython uses the wxWindows Library License of its parent project, which is OSI approved.

Formerly known as PyGTK, the Python GTK+ 3 project provides Python bindings to GTK objects (windows, widgets, and so on). GTK+ is most famously used as the foundation for the GNOME desktop, but it's available for stand-alone applications on Linux, Windows, and Mac. With Python GTK+ 3, the same framework is available for your Python projects.

When you use Python GTK+ 3, you can use many of the same development tools created for GTK+ itself. Most notably, this includes Glade, an interface designer for GTK+ applications. Interfaces designed in Glade are saved as XML and used by the GtkBuilder object in your application code, but the interface you use is drag-and-drop, making it easy to create a dynamic and responsive UI without having to translate what you see in your mind into layout code.

Built with rapid development and modern devices in mind, Kivy is a toolkit for Linux (including the Raspberry Pi), Windows, Mac, and Android. The project is focused on "innovative user interfaces", and it's been used for multimedia applications, like music controller apps for phones to whiteboarding applications that take up the entire wall of a meeting room.

Kivy doesn't have a visual layout program like QtCreator and Glade, but it uses its own design language to help you associate UI layout with code objects. This makes it easy for you to compartmentalise (both mentally and in the layout code) the classes and functions in your application. Kivy also hosts the Kivy Garden, a repository of user-created widgets and add-ons, so if you're thinking of creating something that Kivy itself doesn't provide, you may it already exists in the Garden.

These are not the only choices you have available to you, not even by a long shot. For more options, check out the "GUI programming in Python" page on the official Python Software Foundation wiki, which lists dozens of other tools. Solutions are available to bind Python to many different widget libraries and GUI tools such as FLTK, FOX, and many others. While beginners should probably avoid projects providing only partial implementations, or those no longer actively maintained, there are plenty of good tools for a variety of situations.

Many of the options out there are for traditional applications that take on the windowed look and feel of their parent desktop environment, but there are also times when you may wish to do something completely different, for example, within a video game. There are great libraries for these situations too, like pygame, pyglet, and Panda3d.

Do you have a favorite not mentioned here? Let us know in the comments below!