Vagrant helps you run other operating systems on your computer—meaning you can build things, test things, and do wacky stuff without blowing up your own system.

I've been happy using Vagrant for quite a while now. I work with several DevOps tools, and installing them all on one system can get complicated. Vagrant lets you do cool things without breaking your system because you don't have to experiment on your production system at all.

Let's say you want to write Ansible or shell scripts to install Nginx on a new server. You can't do it on your own system because you might not be running the operating system you want to test, or you may not have all of the dependencies for what you want to do. Launching new cloud servers for testing can be time-consuming and expensive. This is where Vagrant comes in. You can use it to bring up a virtual machine, provision it using your scripts, and prove that everything works as expected. You can then delete the box, re-provision it, and re-run your scripts to verify it. You can repeat this process as many times as you want until you're confident your scripts work under all conditions. And you can commit your Vagrantfile to Git to ensure your team is testing the exact same environment (because they'll be using the exact same test box). No more "…but it works fine on my machine!"

You can also run vagrant init ubuntu/hirsute64, and it will generate a new Vagrantfile for you. Now run vagrant up. This command will download the ubuntu/hirsuite64 image from the Vagrant registry.

At this point, if you open your Vagrant backend (such as VirtualBox or virt-manager), you'll see your box there. Next, run vagrant ssh to log in to the box. If you can see the Vagrant prompt, then you’re in!

Vagrant uses "base boxes" to bring up your local machines. In our case, Vagrant downloads the ubuntu/hirsuite64 image from Hashicorp’s Vagrant catalogue and plugs into VirtualBox to create the actual box.

Vagrant maps your current folder as /vagrant within the Vagrant box. This allows you to keep your files in sync on your system and within the box. This is great for testing a Nginx website by pointing your document root to /vagrant. You can use an IDE to make changes and Nginx within the box will serve them.

There are several Vagrant commands which you can use to control your box.

Some of the important ones are:

Vagrant is a time-tested tool for virtual machine management using DevOps principles. Configure your test machines, share the configs with your team, and test your projects in a predictable and reproducible environment. If you're developing software, then you'll do your users a great service by using Vagrant for testing. If you're not developing software but you love to try out new versions of an OS, then there's no easier way. Try Vagrant today!

This article was originally published on the author's personal blog and has been adapted with permission.

Getting started with GNOME Boxes virtualization

GNOME Boxes is an easy way to create virtual machines for development, experimenting, and learning tasks.

Try Linux on any operating system with VirtualBox 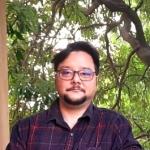 I am a writer and AWS Solutions Architect. I work with startups and enterprises on Software Engineering, DevOps, SRE, and Cloud Architecture. I write about my experiences on https://ayushsharma.in.
More about me