2016 has been a banner year for open source makers

2016 has proven to be a banner year for open source makers. 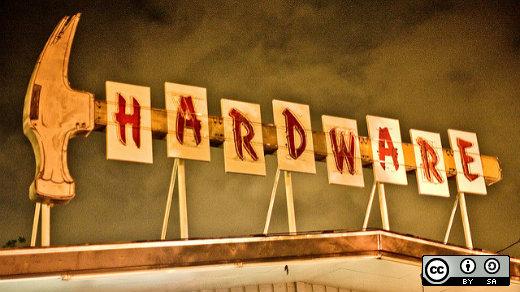 At Opensource.com, the number of FOSH articles about how to build, hack, and make physical objects continues to expand, and this year such articles covered everything from circuit stickers to full-scale livable homes. In addition to finding that the products produced are often technically superior, the industry is discovering that FOSH projects can also benefit from a substantial return on investment.

Learn about some of the most popular FOSH articles in our round up of the ten most-read open source hardware articles on Opensource.com in 2016.

Although the Raspberry Pi is not strictly open source (the schematics are available but the PCB design is not published) it has proven extremely popular for making various FOSH projects. The path towards a completely open source computer right down to the semiconductors is being laid out before us. What the Raspberry Pi has is oodles of data published on the signals that are available and the register-level programming to use them, along with too many applications to name. You can also expand the Raspberry Pi to do other things with add-on boards, such as a camera module or one to control electric outlets remotely as discussed by Ben Nuttall in Top 10 Raspberry Pi add-on boards. New users can start with Anderson Silva's Simple LED control with the Raspberry Pi, and then progress to more advanced projects like the one Jim Scarborough describes in Build your own Raspberry Pi tornado warning system.

The other most popular open source platform, particularly for microcontrols, is the Arduino, which even has its own holiday: April 2. Tom Callaway shows you how to build 3 cool projects to celebrate Arduino Day, including a nuclear reactor simulator (with Legos for education), thermal imager, and crab robot. Interestingly, you can fabricate the last two projects largely using open source 3D printable design files, so you could then use any one of dozens of open source 3D printers that have evolved from the RepRap (self-REPlicating RAPid prototyper) project to make them.

To teach us how FOSH 3D printers have started a major change in additive manufacturing, Paul Croft tells us about The story of Ultimaker: 3D printers with open source DNA. The applications for such printers is now really diverse. Rapid prototypers are no longer just for engineers, artists and musicians are pushing their limits. For example, Don Watkins explains the intricacies of the Hovalin: an open source 3D printed violin. If you prefer a little harder rock, consider Ray Rodriguez's article: How to build an open hardware guitar amplifier in 5 steps.

If you are going to take up FOSH has a major hobby you are going to need some space for your workshop. Bill Rainford lends his help with his piece: How to build your own maker workbench. It has plenty of space for electronics work as well as an open source 3D printer. Rainford shows his workbench with the Lulzbot Taz (a true RepRap, the manufacturer uses its own printers to make parts for the printers they sell). Once you have the bench built, if you need to build a room or perhaps a building to house your open source hardware work you can use one or more from Sébastien Lucas' article: 6 open source architecture projects to check out.

Once the house is built, you can start to think about landscaping. Perhaps you could even make your backyard useful and feed yourself. If gardening was never your thing, wouldn't it be great if some of the FOSH designs of the past were combined to help you out? Well it turns out You don't need a green thumb with this farming robot, an article by Don Watkins.

Yes, the FOSH elves have been busy this year providing us with lots of gifts for good open source boys and girls. Perhaps we are moving toward a future where all "real gifts are made" instead of being bought. Until then, Merry Christmas, Happy Holidays, and Happy Hacking in the New Year.